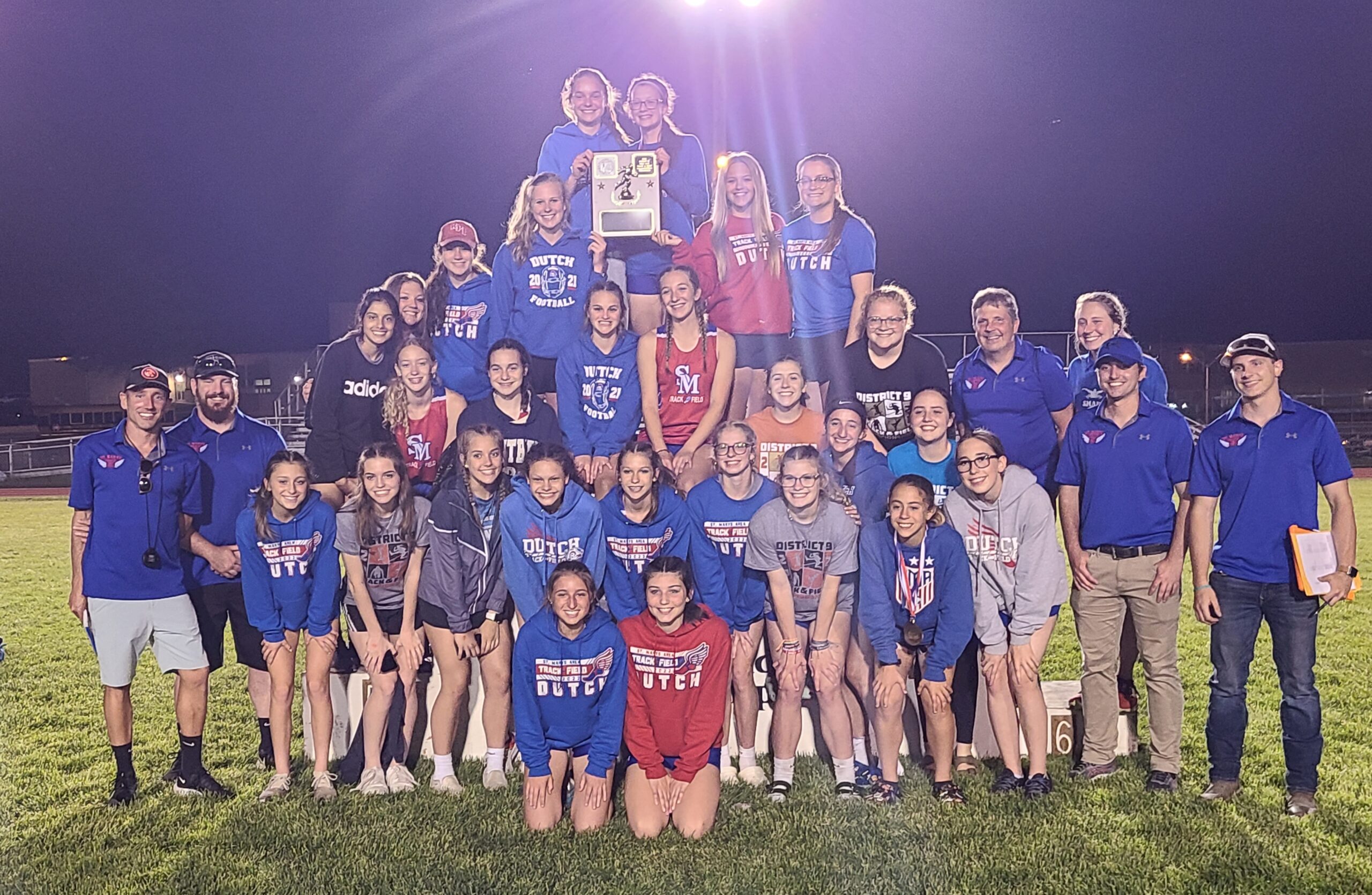 BROOKViLLE, Pa. – It was a banner day for the St. Marys girls and DuBois boys track and field teams, as both powered to District 9 championships on Friday.

While Bradford finished second in both team races, they did have both James Manners Award winners, as Abby Nuzzo took it for the girls and Manny Diaz for the boys.

Nuzzo took first in the pole vault and javelin was second in the triple, jump, and third in the long jump.

VOTE FOR THE BEST PERFORMERS IN THE MEET REGARDLESS OF CLASSIFICATION

Nuzzo’s events often happen at the same time, so she has to bounce from one right to the next.

“It’s hard,” she said. “The officials are super nice about it and they get me in quick in my events and I run back and forth. Everyone is really cool about it. You just have to do it.”

For the girls, Bradford’s Abigial Schleicher swept the sprints – the 100, 200, and 400, while St. Marys had multiple girls take more than one first as well.

Payton Bauer won the discus and shot put for the Lady Duch, while Maura Caskey won the 300 hurdles and Gabby Pistner the 800. The 4×400 relay team for St. Marys of Cakey, Vivianne Catalone, Lucia Hayes, and Gabby Pistner also took first, as did the 4×800 relay team of Madison Blythe, Hayes, Mary DeFilippi, and Pister.

DuBois’ Morgan Roemer was also first in the 1600 and 3200 and teammate Lauren Stroka was first in the long jump and the triple jump.

“I can accomplish these things with the help of my coaches and teammates,” Diaz said. “Without them, I probably wouldn’t be doing this.”

DuBois got a big effort from Jaedon Yarus to help to the team title, as he took first in the 200, 400 and was also on the winning 4×100 relay team.

Clearfield’s Karson Kline won the 110 and 300 hurdles, while DuBois’ Derraick Burkett won the 100.

The Beavers also claimed firsts from Andrew Shaffer-Doan in the high jump and triple jump, and Edward Burkett in the pole vault, and Carson Dombroski in the discus while Bradford’s Andrew Kane won the long jump and teammate Parker Shipman the shot put.

The PIAA championships are next Friday and Saturday, March 27 and 28 at Shippensburg University.

Vote: Who had the best District 9 Track Meet (Boys and Girls) Regardless of Classification Powered by Powered by Janney Montgomery Scott in Clarion
Punxsy Ends Brookville’s Run in D9 2A Track and Field; Redbank Girls Race to Title Powered by Janney Montgomery Scott in Clarion
This website or its third-party tools process personal data.In case of sale of your personal information, you may opt out by using the link Do not sell my personal information.
×
Manage consent