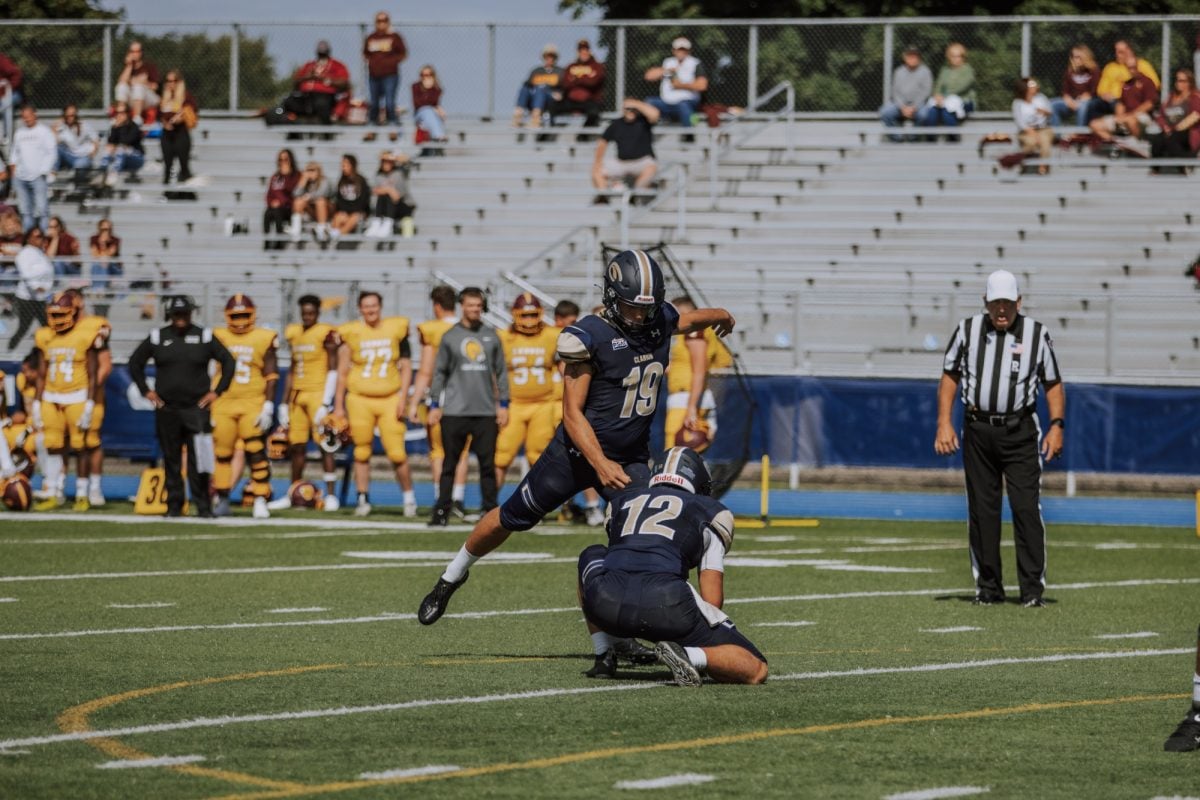 The Lakers scored the lone points of the third quarter with 5:23 remaining in the period, breaking through with a nine-yard touchdown run by David Alize to take a 21-20 lead. The Golden Eagle offense struggled to gain much traction in the second half but the defense was solid, consistently winning the field position battle and forcing the Lakers to work hard for every yard.

SLIPPERY ROCK, Pa. – The 18th-ranked Slippery Rock University football team jumped out to a 17-0 halftime lead and cruised to a 40-14 win over Gannon University on Homecoming Saturday in a Pennsylvania State Athletic Conference Western Division game from Mihalik-Thompson Stadium.

EDINBORO, Pa. – The 15th-ranked IUP football team racked up over 600 yards of total offense in a resounding 41-0 road victory against Edinboro on Saturday afternoon at a gusty Sox Harrison Stadium.

IUP (6-0, 4-0) collected its first shutout since 2019, while the 607 yards of total offense are tied for 10th in program history for a single game. The Crimson Hawks were efficient in all phases of the game as graduate QB Mak Sexton went 16-of-18 through the air with 338 yards and three passing touchdowns.

GREENSBURG, Pa. – The Vulcans held a 21-point lead before holding off a fourth-quarter rally to earn a 21-14 win at Seton Hill on Saturday night in Pennsylvania State Athletic Conference (PSAC) West action.

With the victory, the California (PA) football team improves to 4-3 overall and sits in a three-way tie for second place in the divisional standings with a 3-1 mark. The Vulcans have won all 10 meetings against the Griffins with three games being decided by seven points or less. Meanwhile, Seton Hill remains winless this season with a 0-7 record behind a 0-4 mark in league play.