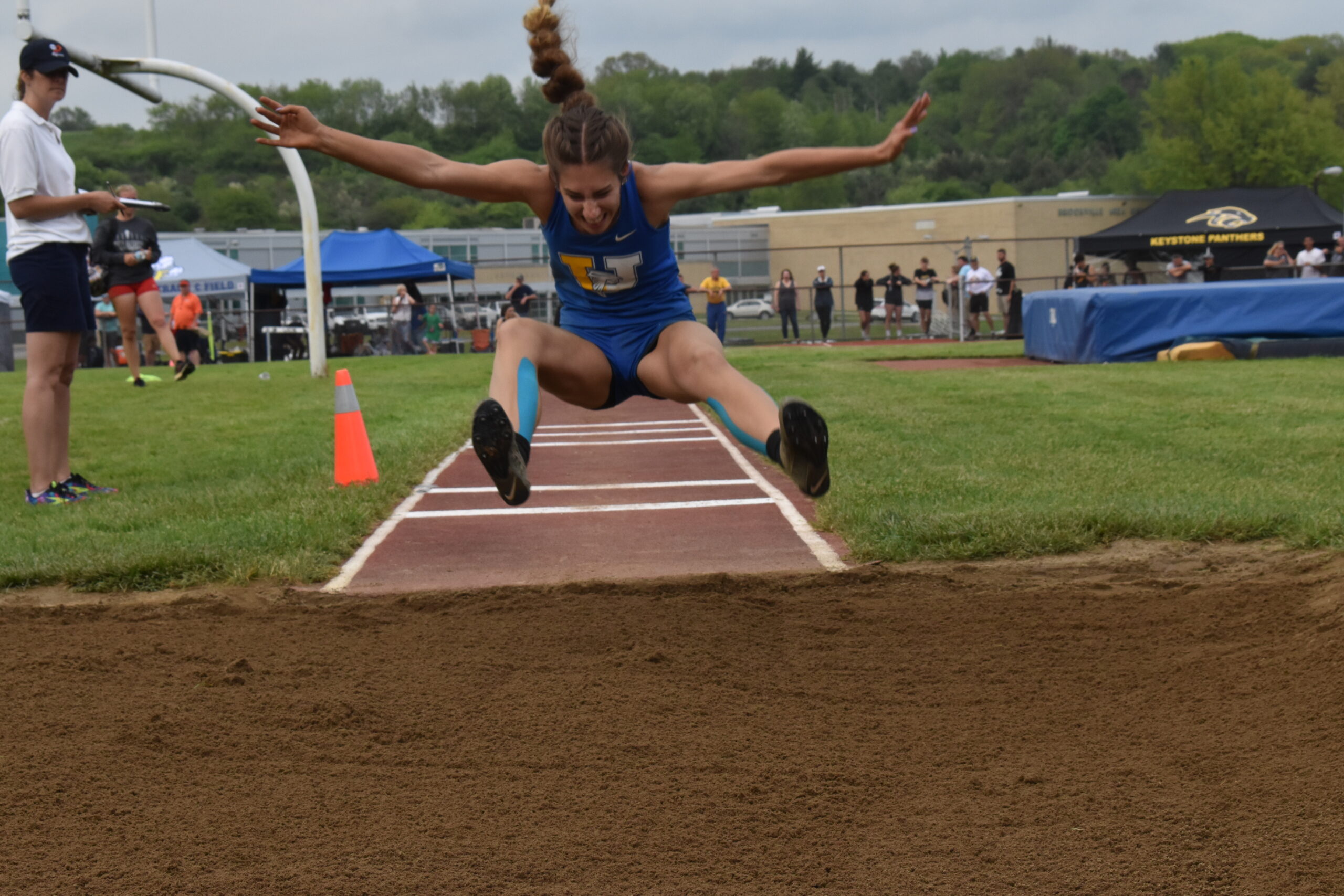 Union/A-C Valley's Baylee Blauser is the top seed in the Class 2A triple jump.

SHIPPENSBURG, Pa. – The PIAA track and field championships, and there are a number of District 9 and District 10 athletes will be in contention for medals, including gold, highlighted by a couple of top seeds in Class 2A girls.

The field events are split between the two days, with prelims and finals for each event on the same day.

Action gets underway at 9 a.m. on both days.

Here’s a closer look at each classification

There are a pair of top seeds in Class 2A girls, as Union/A-C Valley’s Baylee Blauser is the top seed in the triple jump (37-6, while Fort LeBoeuf’s Audrey Friedman is the top seed in the javelin (149-8). In fact, District 9 and District 10 represent four of the top five seeds in the javelin, with Punxsy’s Mary Grusky seeded second, Union/A-C Valley’s Evelyn Bliss fourth, and Karns City’s Ashley Fox fifth.

Oil City’s Baine Snyder, the D10 champion in the high jump and pole vault, is seeded third and fifth in those events, respectively.

Farrell’s Sanaa Brodie is seeded seventh in the 100, Mercer’s Willow Myers sixth in the 1600, and Reynolds’ Grace Bresnan sixth in both the long jump and triple jump.

Fairview’s Mallory Brinling and Reynolds’ Mackenzie Herman are seeded sixth and seventh in the discus.

A field highlighted by the triple jump, where Johnsonburg’s Enoch Aboussou, setting a D9 meet record of 45-6, is the top seed, and D10 champion Lee Hoover of Seneca checks in right behind him as the No. 2 seed at 45-3.

Grove City has a pair of relay teams in the top eight, with the 4×8 team seeded fourth and the 4×4 team fifth, while Greenville is seeded fifth and seventh in each relay as well. The Brookville 4×1 team is seeded seventh.

Erie’s D’Annah Davis is seeded ninth in the javelin at 124-9.

KSAC Announces All-Conference Teams in Baseball, Softball, Track and Field
D9/10 Athletes Claim Four State Titles on Day 1 of PIAA Track and Field Championships Powered by Janney Montgomery Scott in Clarion
This website or its third-party tools process personal data.In case of sale of your personal information, you may opt out by using the link Do not sell my personal information.
×
Manage consent