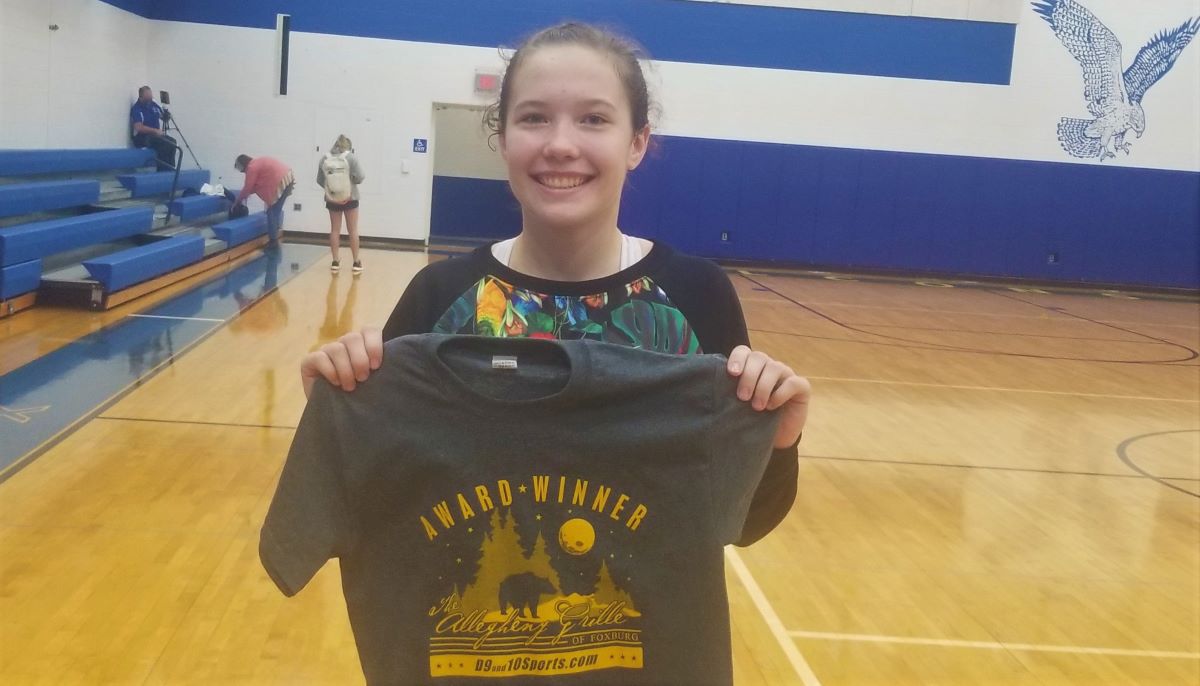 Exley, who was named the Allegheny Grille of Foxburg Player of the Match, talked about the win.

Sydney Bell and Ceayra Altman each added 10 kills for the Lady Panthers, while Emma Burrows added 14 digs, and Altman had five digs.

Haley Cousins added seven kills, 11 digs, and six aces for the Lady Terros who also got six digs and an ace from Kaylee Rhinehart and five kills, five digs, and a block from Brianna Silvis.

Emmalee Sheeler ran the offense for Otto-Eldred with 20 set assists and chipped in one block and two aces.

Emily Leichtenberger added eight kills, 11 digs, and four aces for the Lady Wolverines who also got seven kills and five digs from Lynzie Grubbs and 11 digs from Annabel Sheldon.

Kadence Steffan ran the offense with 21 set assists with an assist from Lexi Goldthwaite, who had eight set assists.

Lilly Homan added six kills and nine digs for the Lady Vikings who also got 10 digs and eight aces from Cheyanne Rudder and four kills from Jenna Lopata.

Abby Soboleski had 12 kills and 28 assists and Kelly Miler 11 kills for the Trojans.

Lauren Dahn had a huge match for the Bison with 13 kills, six digs and five aces.

Maura Benim had 14 kills and seven digs for the Huskies, while Allia Flook had 18 digs, Courtney McDonald 16 digs and Taylor Williams 13 digs.

Jenn Hunter had 22 assists for the Tigers, while Lauren Schneider led Seneca with 22 digs.

Also leading the Hornets were Aniyah Anderson with 10 kills, Kelsey Gargano and Rachel Wiesen with 34 digs apiece and Emily Duncan with 16 assists.

Oct. 20, 2020 Volleyball Scores
Positive COVID-19 Cases Cause 72-hour Postponement Of Meadville Athletics
This website or its third-party tools process personal data.In case of sale of your personal information, you may opt out by using the link Do not sell my personal information.
×
Manage consent