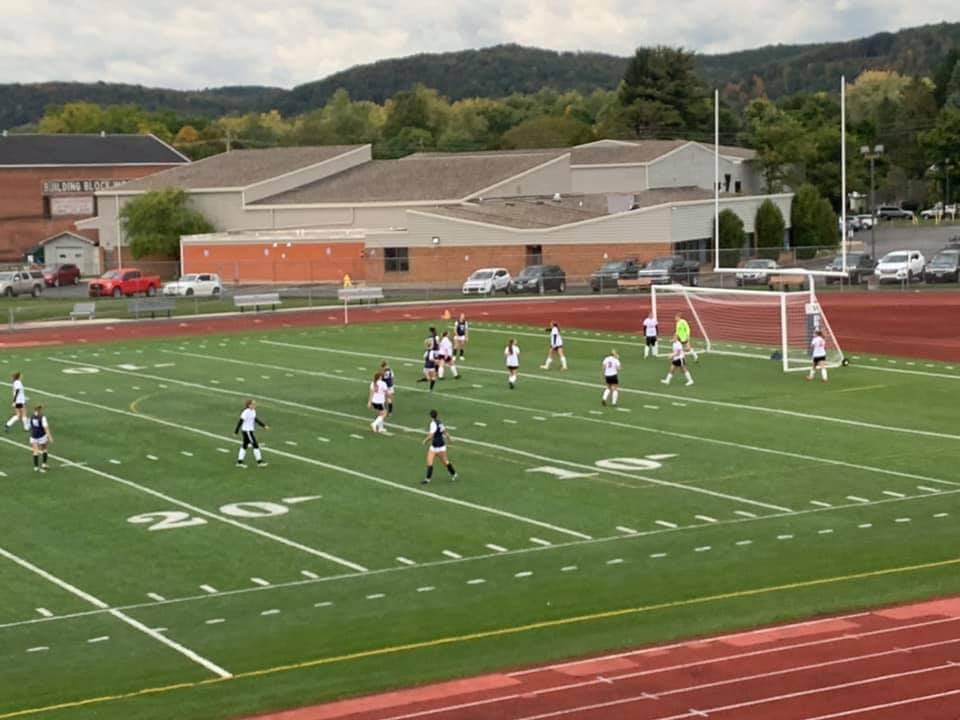 LINESVILLE, Pa. – Warren scored four goals in each half to beat Conneaut 8-0, improving to 12-0 in the process.

Warren also recorded its 11th shutout of the year.

Kyra Wotorson had a hat trick and added an assist in the win. Kyleigh Wilson had two goals and three assists. Paige Johnson and Ella Ordiway each had a goal and an assist and Kaelah Knupp had a goal. Georgie Bickling had a pair of assists.

Alyssa Andersen picked up the shutout in net.

MEADVILLE, Pa. – Jesse Aitken, Phoebe Templin and Jocelyn Jones scored for Meadville, breaking a scoreless tie at halftime and leading the Bulldogs to a 3-0 victory.

Aitken’s goal was her second at the varsity level, while Addie Phills assisted on Templin’s goal and Jocelyn Jones had the pass that led to Jones’ goal.

Riley Olson notched the shutout in net, her seventh clean sheet of the season.

CONNEAUT, OHIO – Brooklyn Respecki continued her brilliant season with a hat trick to lead GM to a 9-2 victory.

Sydney Rotko scored two goals for the Lancers and Elena Halmi, Abby Walker, Hannah Fratus and Teaghan Watkins also found the back of the net for the Lancers.

Taylor Kendall got the shutout in net.

Ella Nicholson had the other tally for the Blue Devils.

LAWRENCE PARK, Pa. – Maddie Soudan scored the lone goal of the game in the second half to lift Girard past Iroquois.

Chyna Hicks got the clean sheet in net for the Yellow Jackets.

Maddy Glover had the other goal for the Tigers.

ERIE, Pa. – Gabby Desanto, Alayna Wicker and Grace Emanuel all scored for McDowell to lift the Trojans to a hard-fought 3-2 win over Mercyhurst Prep.

Trista Maloney got the shutout in net.

Scott Fuller had the tally for the Gators.

Ryan Jovenitti had three saves for Elk County Catholic, while Ty Guilds made seven stops for the Gators.

YOUNGSVILLE, Pa. – Eisenhower’s Ethan Kellogg won the boys race in 19:15 and Youngsville’s Julia Bojaczko the girls race in 21:53 as the two teams met Thursday in Youngsville.

There was no team scoring for either race.

Citing Abundance of Caution Ridgway Makes COVID-19 Cancelations Despite No COVID-19 Issues
Oct. 20, 2020 Volleyball Scores
This website or its third-party tools process personal data.In case of sale of your personal information, you may opt out by using the link Do not sell my personal information.
×
Manage consent