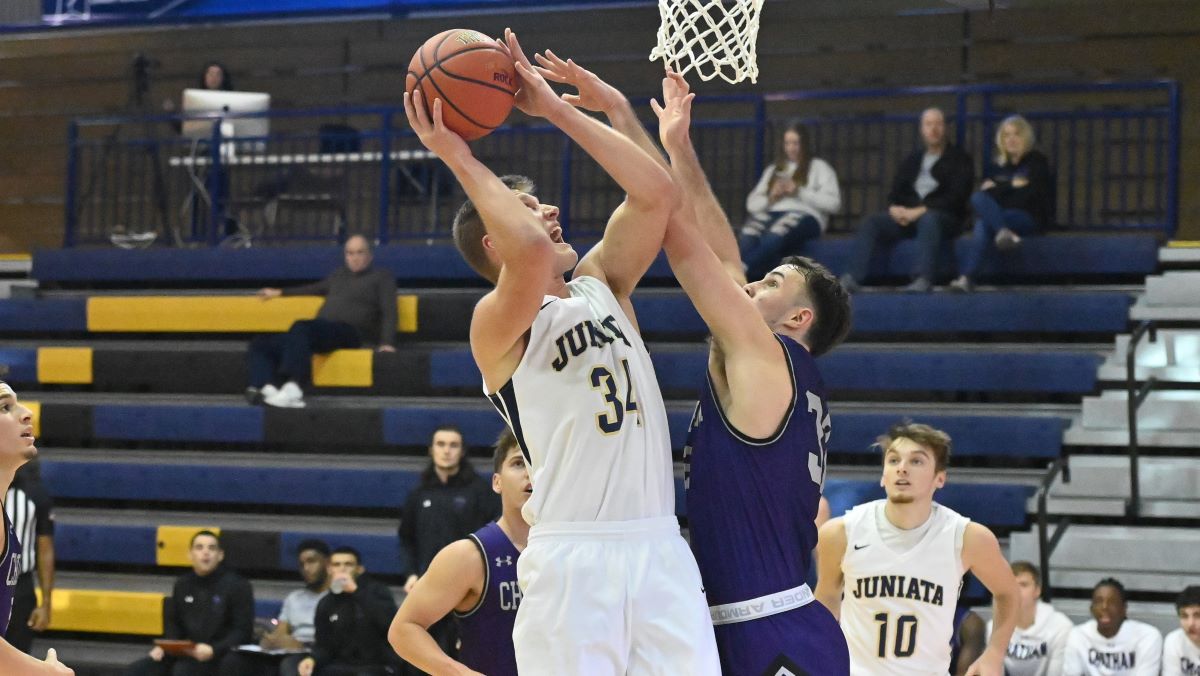 Juniata 78, Chatham 67
• DuBois grad Chase Husted scored 22 points and pulled down 10 rebounds in the win for Juniata.
• Nick Fiumara had 22 points for Chatham.

IUP 65, New Haven 60
• Shawndale Thomas scored 20 points and Tomiwa Sulaiman had 19 points and 11 rebounds to lead IUP to the win.

Slippery Rock 73, University of Charleston 59
• Khalid Gates had 26 points and nine rebounds to lead Slippery Rock to the win.

Salem University 72, Edinboro 67
• Rodney Smith had 24 points and 12 rebounds to lead Salem.
• Dominique Keys had 14 points and 14 rebounds for Edinboro.

LaRoche 82, Hamilton 60
• Joe Pipilo poured in 29 points in the win for LaRoche.

IUP Advances in DII Football Playoffs; Slippery Rock Falls to Shepherd
Nov. 27 Small College Hoops: Behrend Men Edge Allegheny
This website or its third-party tools process personal data.In case of sale of your personal information, you may opt out by using the link Do not sell my personal information.
×
Manage consent