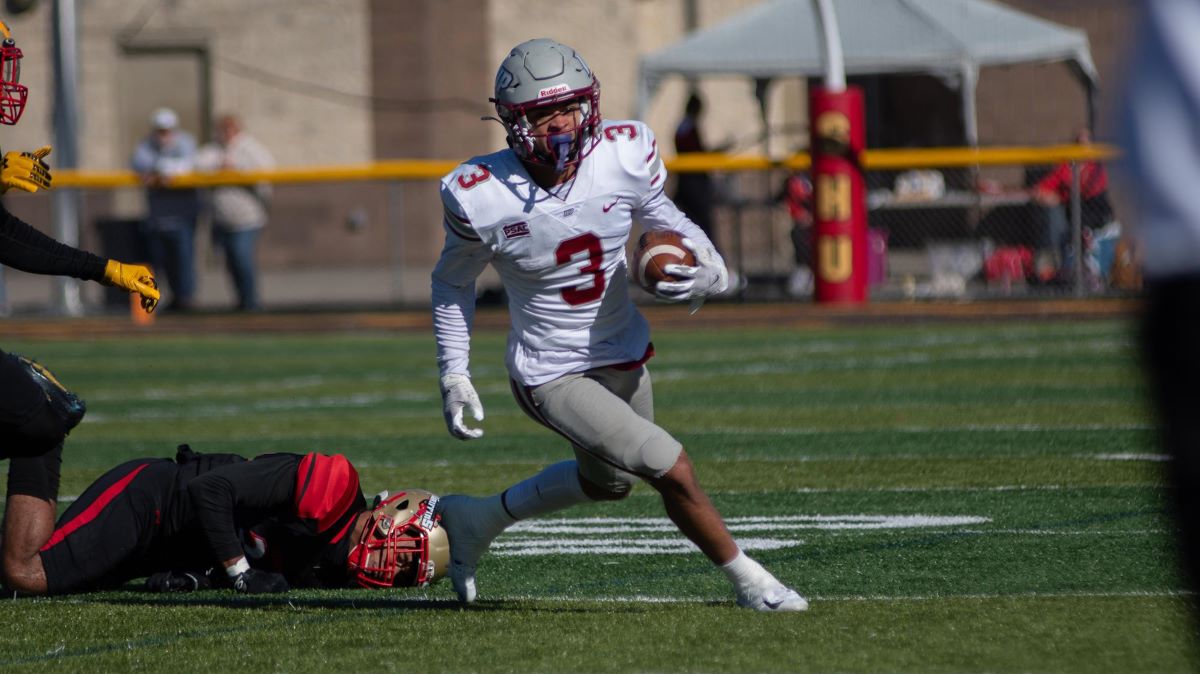 INDIANA, Pa. – The IUP football team, ranked first in Super Region One, defended its home field with a 19-13 triumph in the NCAA DII Playoffs on Saturday.

IUP (10-1) turned the momentum with a scoop and score return from Connor Kelly in the third quarter, coming after a blocked punt from Raunya Mitchell. Meanwhile, the Crimson Hawk defense held a potent Ashland (10-2) ground game to just 106 yards on the afternoon.

Mak Sexton battled past two interceptions, tossing a pair of first-half touchdown passes. He finished with 142 yards through the air with the IUP rushing attack tallying 172 yards. Hilton Ridley and Duane Brown hauled in receiving touchdowns for IUP in the first half, while the recovery from Kelly accounted for the IUP scoring.

Cathedral Prep grad Jaheim Howard had a pass breakup in the win.

SHEPHERDSTOWN, W.Va. – The unseeded Slippery Rock University football team saw its season come to an end Saturday with a hard-fought 37-27 loss on the road at No. 2 seed and defending regional champion Shepherd University from Ram Stadium in Shepherdstown.

The Rock close the year with a 10-3 overall record to mark their seventh 10-win season in program history. SRU was making its fourth straight trip to the NCAA Playoffs and has now reached at least the second round in three of the last four years. Slippery Rock was one of only three unseeded teams to get through the opening round of this year’s playoffs.

Conneaut grad Kyle Sheets hauled in a 46-yard touchdown pass from Noah Grover in the loss for SRU.

Shepherd improves to 12-1 and advances to the regional final to face No. 1 seed Indiana (Pa.) in a rematch of the PSAC title game. The Rams, led by the most prolific quarterback in Division II history, will be looking for their second straight regional title.

NAPERVILLE, Ill. – The Carnegie Mellon University football team traveled to Naperville, Illinois, on Saturday for a second-round contest in the NCAA Division III Championship and dropped a battle to the nation’s top team, North Central, 28-7.