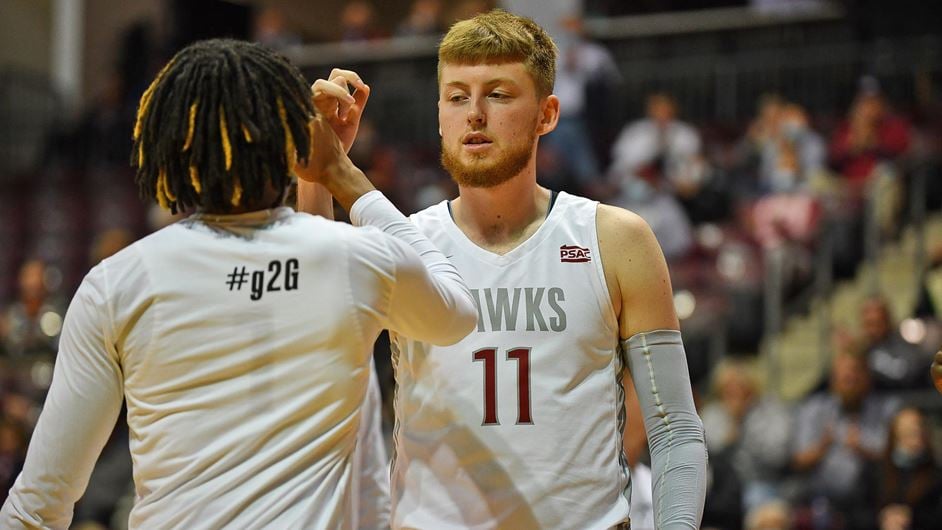 Porterfield reached 1,000 career points with a pull-up triple in the second half, accounting for the opening points of the frame. He became the 36th player in program history to reach the milestone, needing just 11 points entering the contest and reaching it in the 73rd game of his career. The 1,000 points also considers the three contests played during the limited 2021-22 season.

Allegheny 80, Franciscan 56
• Caden Hinckley had 22 points and 11 rebounds, while Luke Barker had 17 points for Allegheny.

Slippery Rock, Shepherd Advance in DII Football Playoffs
Nov. 21, 2022 Small College Hoops
This website or its third-party tools process personal data.In case of sale of your personal information, you may opt out by using the link Do not sell my personal information.
×
Manage consent