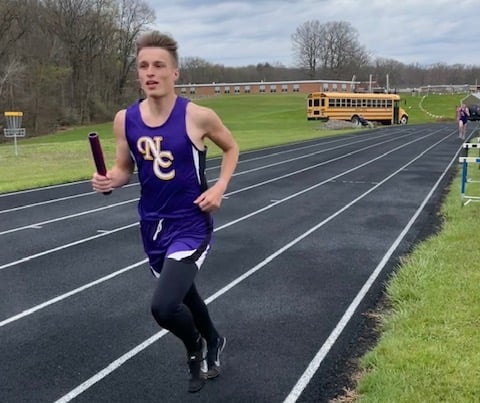 Kaine McFarland was a quadruple winner for North Clarion

WEST SUNBURY, Pa. – In a meet that was shortened due to weather, Karns City earned an 89-20 win over Moniteau in boys’ track and field.

May 3, 2022 D9/D10 Baseball/Softball Scores Powered by the BHL Sportsperson of the Year Award
May 3, 2022 D9 Softball: Parks Helps ACV to Win; Ressler Paces Smethport Win; Clearfield, Kane Get Victories
This website or its third-party tools process personal data.In case of sale of your personal information, you may opt out by using the link Do not sell my personal information.
×
Manage consent