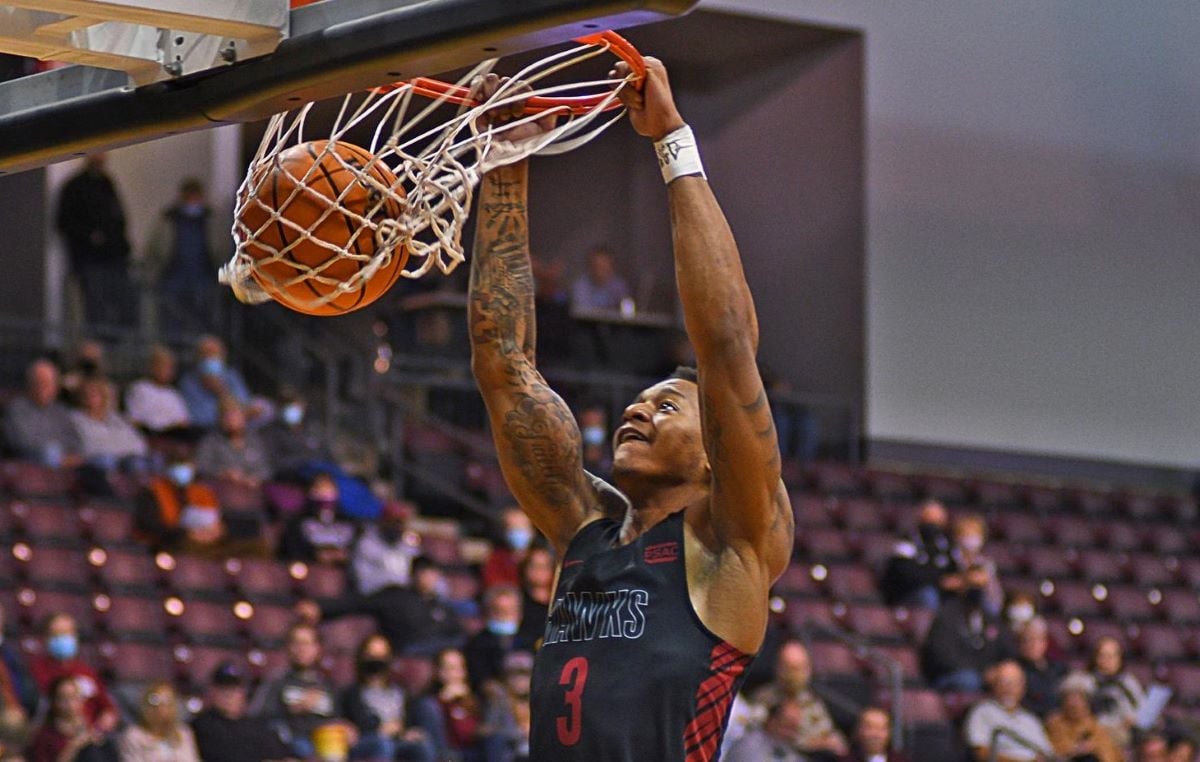 Foster is putting together one of the best seasons in program history as he’s led the Crimson Hawks to a No. 3 national coaches ranking, a sixth straight PSAC West regular-season title, and 27-2 record entering the weekend. Foster is averaging 19.6 points, 5.3 rebounds, and 7.0 assists per game in 29 starts this year.

He has 14 20-point games this year, including three games of 30 or more, and his 567 points are the 16th most in a single season in program history. Foster is one of three Division II players with multiple triple-doubles this season, while also tallying five double-doubles.

Foster’s 7.0 assists per game are fourth in Division II, while his 202 total assists are second all-time in IUP history and is 15 away from tying Devante Chance’s program record of 217 (2014-15).

The 2019-20 freshman of the year in the division, Porterfield is IUP’s second-leading scorer at 17.4 points and leading rebounder at 7.4 boards per game. He heads into the weekend with 26 double-figure scoring games, including 10 of 20-plus points, and is among the national leaders with a 58.4 field goal percentage and 51.1 3-point field goal percentage.

Kennedy Catholic Grad Tshiebwe Named SEC Co-Player of the Week for Kentucky
Prep Grad Starocci Wins Big Ten Wrestling Title at 174 Pounds
This website or its third-party tools process personal data.In case of sale of your personal information, you may opt out by using the link Do not sell my personal information.
×
Manage consent