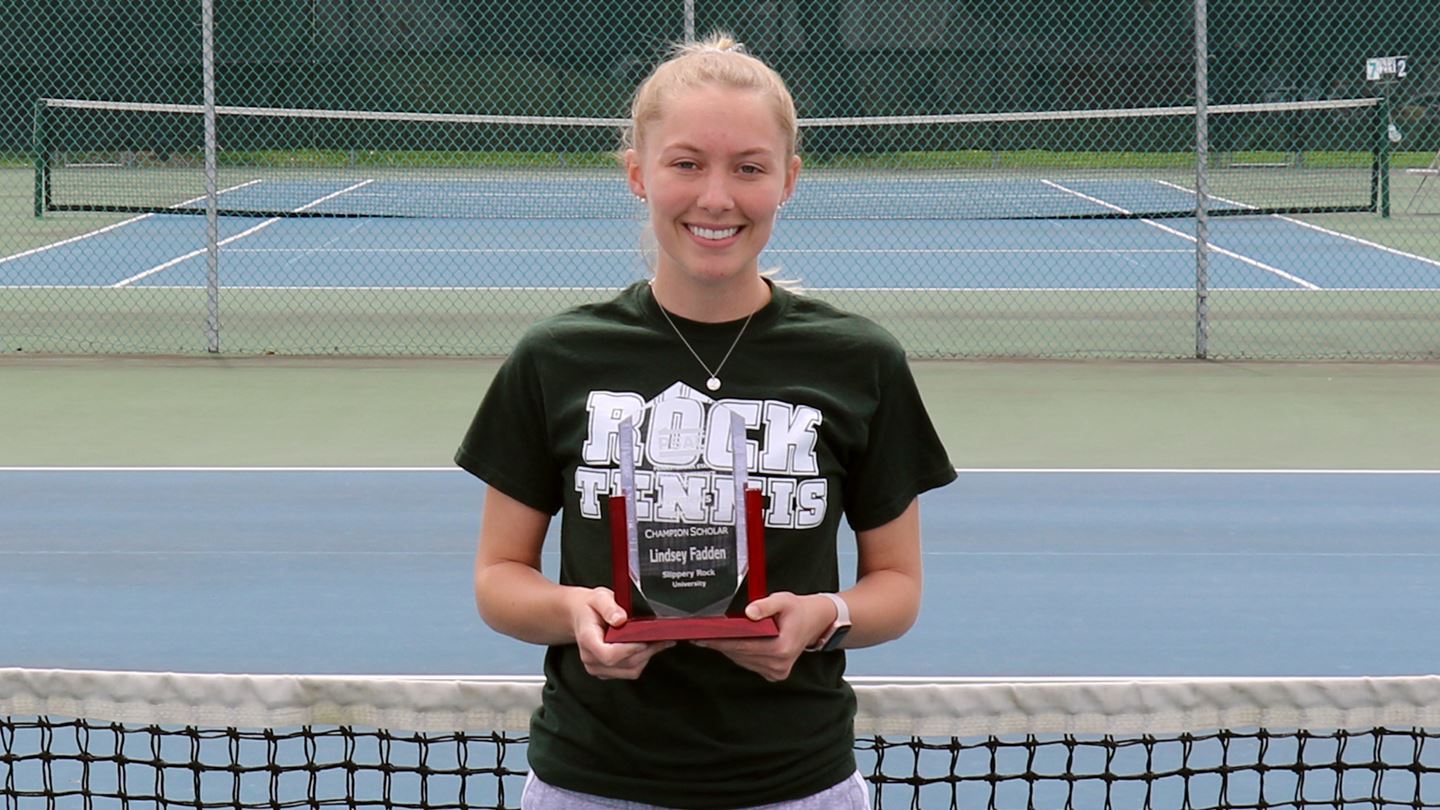 The PSAC Champion Scholar awards are modeled after the NCAA’s Elite 89 award and honor the student-athlete with the top GPA who is competing in each of the PSAC’s 23 team championships.

Fadden has maintained a perfect 4.0 GPA throughout her collegiate career and has made the Dean’s List four times while working towards her bachelor’s degree in business administration.

On the court, Fadden enjoyed a great season in 2021 as The Rock’s top reserve. She went 1-0 in singles competition courtesy of a near shutout victory against California University (Pa.) in addition to teaming up with Olivia Warner and sister Lauren Fadden to go 3-1 in doubles play. All three of Fadden’s doubles wins came against PSAC West foes.