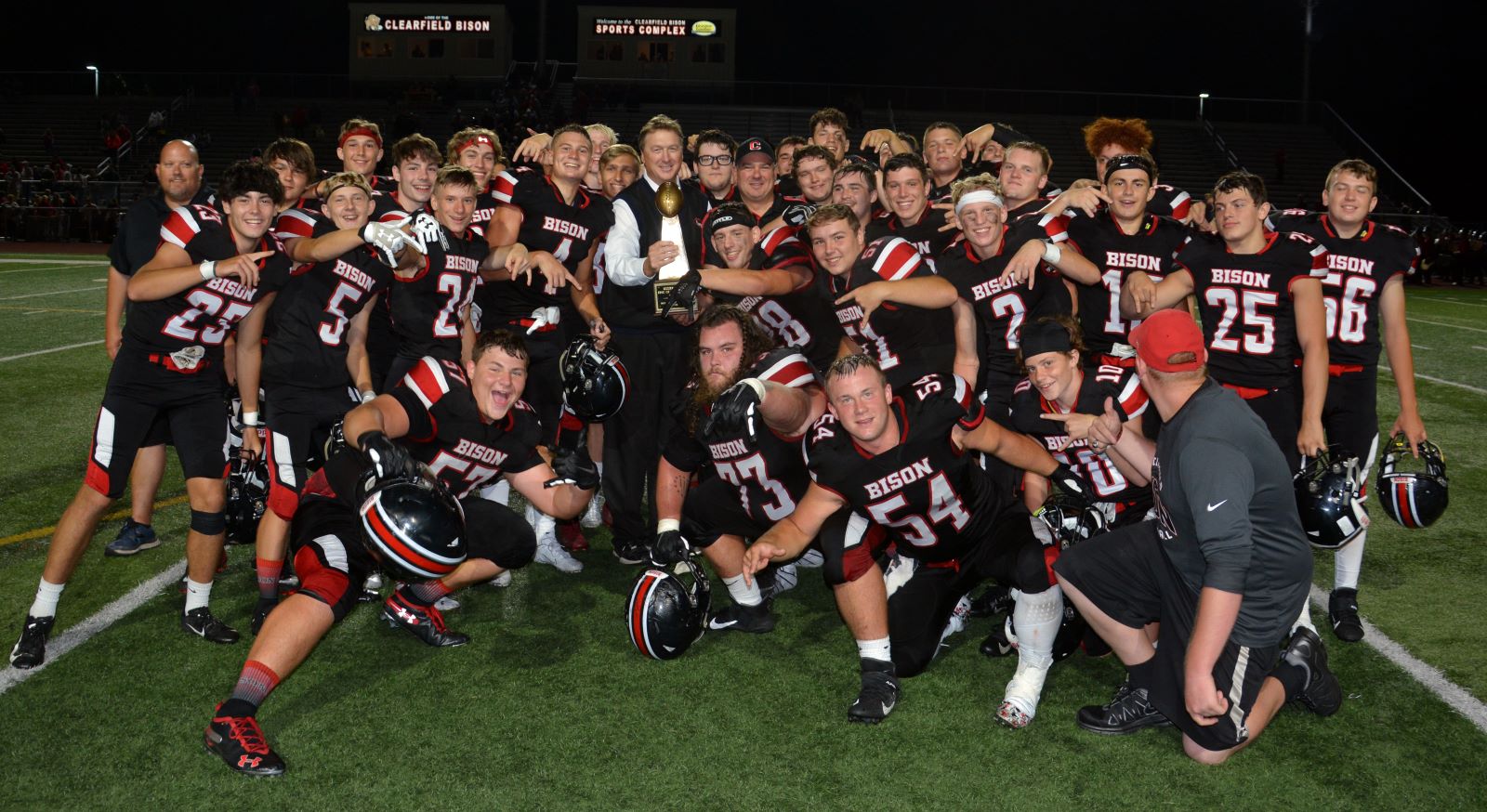 HYDE, Pa. – For the second straight week, the Clearfield Bison football team won’t be in action because of COVID-19.

The Bison, who had their game vs. Tyrone canceled Friday, Sept. 18, because of a reported positive COVID-19 case announced on Twitter Monday, Sept. 21, that their game Friday, Sept. 25, against Bellefonte, also will not be played. Clearfield is hoping to return to action Oct. 2 against Philipsburg-Osceola.

Coudersport’s Keck Named District 9 Jim Kelly Player of the Week Powered by the Allegheny Grille
Monday Night Football: D9and10Sports Radio to Broadcast Warren at Conneaut
We use cookies on our website to give you the most relevant experience by remembering your preferences and repeat visits. By clicking “Accept All”, you consent to the use of ALL the cookies. However, you may visit "Cookie Settings" to provide a controlled consent.
Cookie SettingsAccept All
Manage consent