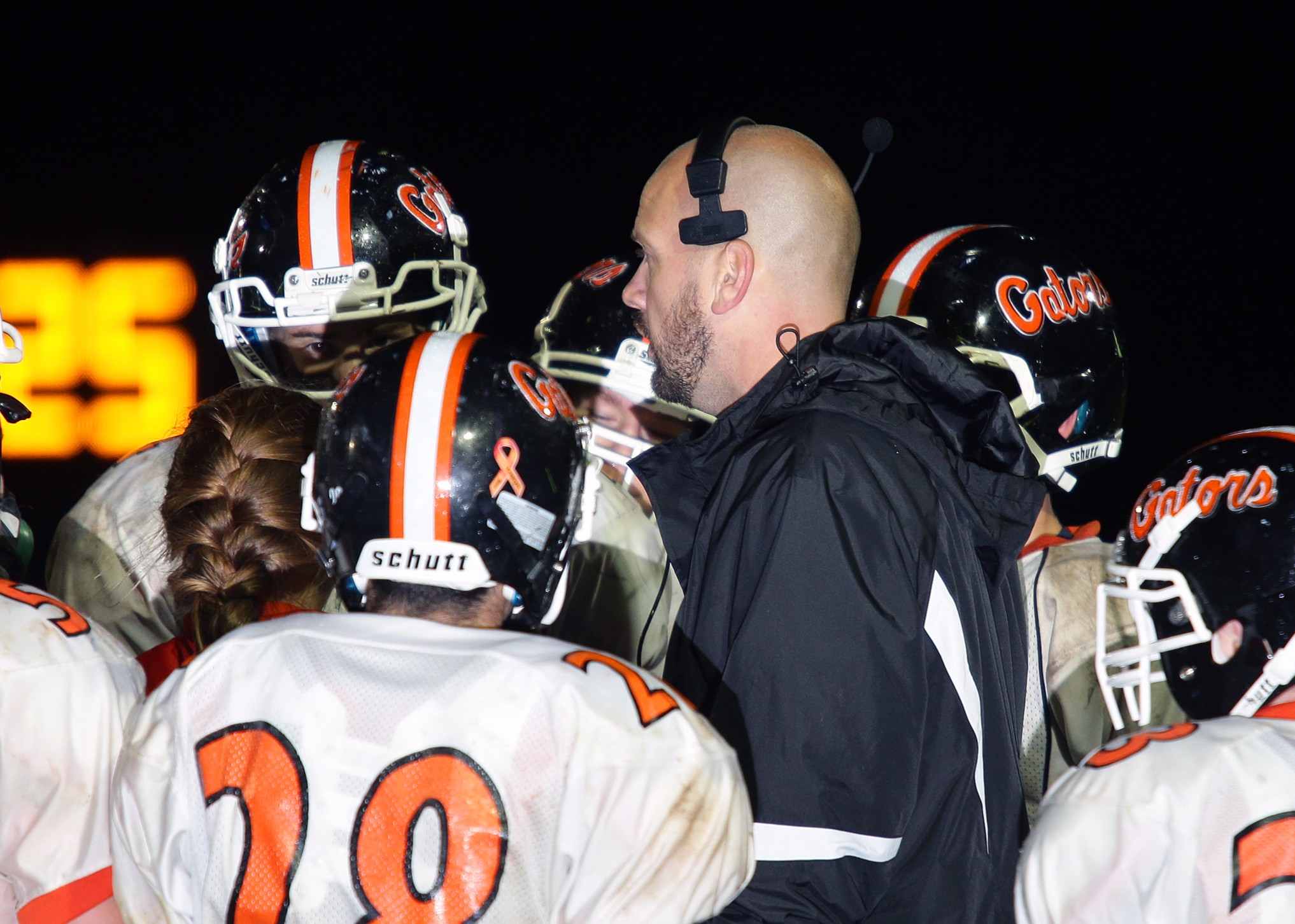 PORT ALLEGANY, Pa. – Ten years ago, Justin Bienkowski was an assistant coach for the Port Allegany football team as they made their way to the PIAA Class 1A semifinals.

On Friday, he’ll lead the Gators back into the 1A semis as a head coach against Union (New Castle).

It’s been quite the journey for Bienkowski, who was a defensive assistant for head coach Mike Bodamer in 2012.

“I would say that I am so, so grateful and extremely appreciative of Mike Bodamer as our head coach then,” Bienkowski said. “He trusted us to coach. He trusted us young assistants, Nate Zitnik, Jason Luther, and myself. He success with a tremendous amount of grace.”

That team featured a high-flying offense, led by Bodamer’s son, Matt at quarterback. The Gators won a thriller over Sharpsville in the quarterfinals before falling to eventual state champion Clairton, which was led by current Cincinnati Bengals wide receiver Tyler Boyd.

Bienkowski said the trust coach Bodamer showed his young assistants was instrumental in helping them to grow.

“It was really cool,” Bienkowski said. “We were the young pups, so to speak. He let us bring some of our youth and ideas to the game. But he always made sure we all checked ourselves. I tended to get aggressive with officials at times, and Mike emphasized that’s not what we do.”

You can see Bienkowski’s influence on this defense, much like the 2012 version which was led by coach Bodamer.

By comparison, the 2012 team gave up more than 21 points just once before the loss to Clairton.

“We really had a good thing (back in 2012),” Bienkowski said. “From the football perspective, Nate (Zitnik) helped Jason (Luther, who was the offensive coordinator) and I assisted Mike with the defense. We just had a lot of talented kids that bought in.”

And you can see coach Bodamer’s imprint on Bienkowski as well. Bodamer stayed involved with the junior high program up until the time this current group of seniors, led by the likes of Drew Evens, Blaine Moses, and Noah Archer were there.

“Mike coached these kids in junior high his last year,” Bienkowski said. “He actually gave our pregame speech before our first game against Ridgway this season. We preach faith, family, and football and Mike embodied that. Mike would be the guy that would keep us all focused if there were a lot of things going on. I’m proud to follow in his footsteps.”

Bienkowski said a number of players on that 2012 team have reached out with well wishes and good-luck messages. One of them, Nick Conway, a record-setting receiver on that 2012 team, has taken it a step further, accompanying the Gators at some of their most recent practices.

And you can be sure those 2012 players, whether in spirit or in person, will be cheering on this current group Friday night, as well as the man leading them.

“I’m a firm believer that when you have a bunch of kids with a common goal who buy in and have God-given ability, special things are going to happen,” Bienkowski said.

After 38 Years, 307 Wins, Clearfield’s Janocko Retiring
JB Graphics Fan Pic(k) of the Week – You Pick the Winner in Week 15 2022
This website or its third-party tools process personal data.In case of sale of your personal information, you may opt out by using the link Do not sell my personal information.
×
Manage consent