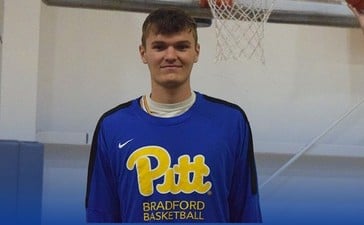 Schneider recorded a pair of double-doubles in leading the Panthers to a 2-0 week, becoming the first Panther to claim a Player of the Week award since 2017.

Schneider averaged 24 points and 12.5 rebounds in a 2-0 week for the Panthers. He shot 47.2% from the field and also added seven assists, five steals, and a block.

In the Panthers’ season-opening overtime victory over Houghton, Schneider scored 25 points and pulled down 14 rebounds, while adding four steals and three assists. He also hit the game-winning shot with under a second left on the clock in the extra period.

Against Wells on Saturday, Schneider scored 23 points, grabbed 11 rebounds, while also dishing out four assists and adding another steal.

He is currently second in the AMCC in scoring and first in rebounding.