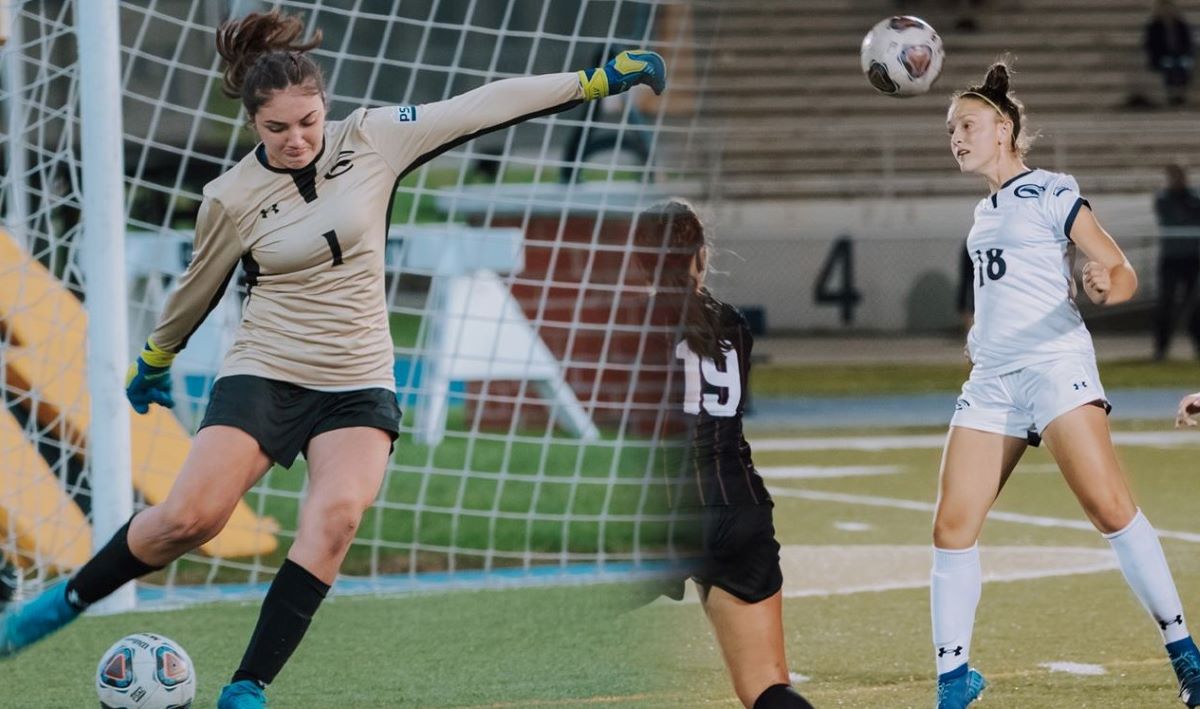 Clarion was 1-1 during the week dropping a 2-1 decision to IUP Wednesday, Oct. 6.

Cross scored a pair of goals and added an assist during the week and in the process tied Clarion’s single-season point-scoring record.

She broke open the scoring against IUP with her third goal of the season and then tallied her fourth marker against The Rock in the first half. Cross then set up Madison Spitko’s go-ahead goal just four minutes later with the latter tally ending up the game-winner as Clarion upset The Rock at Memorial Stadium. Cross now has 12 points on the season, tying her for the program’s single-season point scoring record.

Velez had the game of her young career against 23rd-ranked Slippery Rock on Saturday with the sophomore goalkeeper tying for the PSAC single-game high for saves in a game in Clarion’s 2-1 win over the Rock at home. Velez stopped 14 of 15 shots on net to propel the Golden Eagles to an improbable victory over Slippery Rock, with the visitors outshooting Clarion 22-4 overall and 15-4 in shots on net. All three goals in the contest were scored in the first 14 minutes of action, but Velez made the narrow lead stand up, stopping all 11 shots she faced in the second half alone.

D9and10Sports to Broadcast Clarion at DuBois Volleyball Monday
Watch Live: Clarion at DuBois Girls’ Volleyball
We use cookies on our website to give you the most relevant experience by remembering your preferences and repeat visits. By clicking “Accept All”, you consent to the use of ALL the cookies. However, you may visit "Cookie Settings" to provide a controlled consent.
Cookie SettingsAccept All
Manage consent