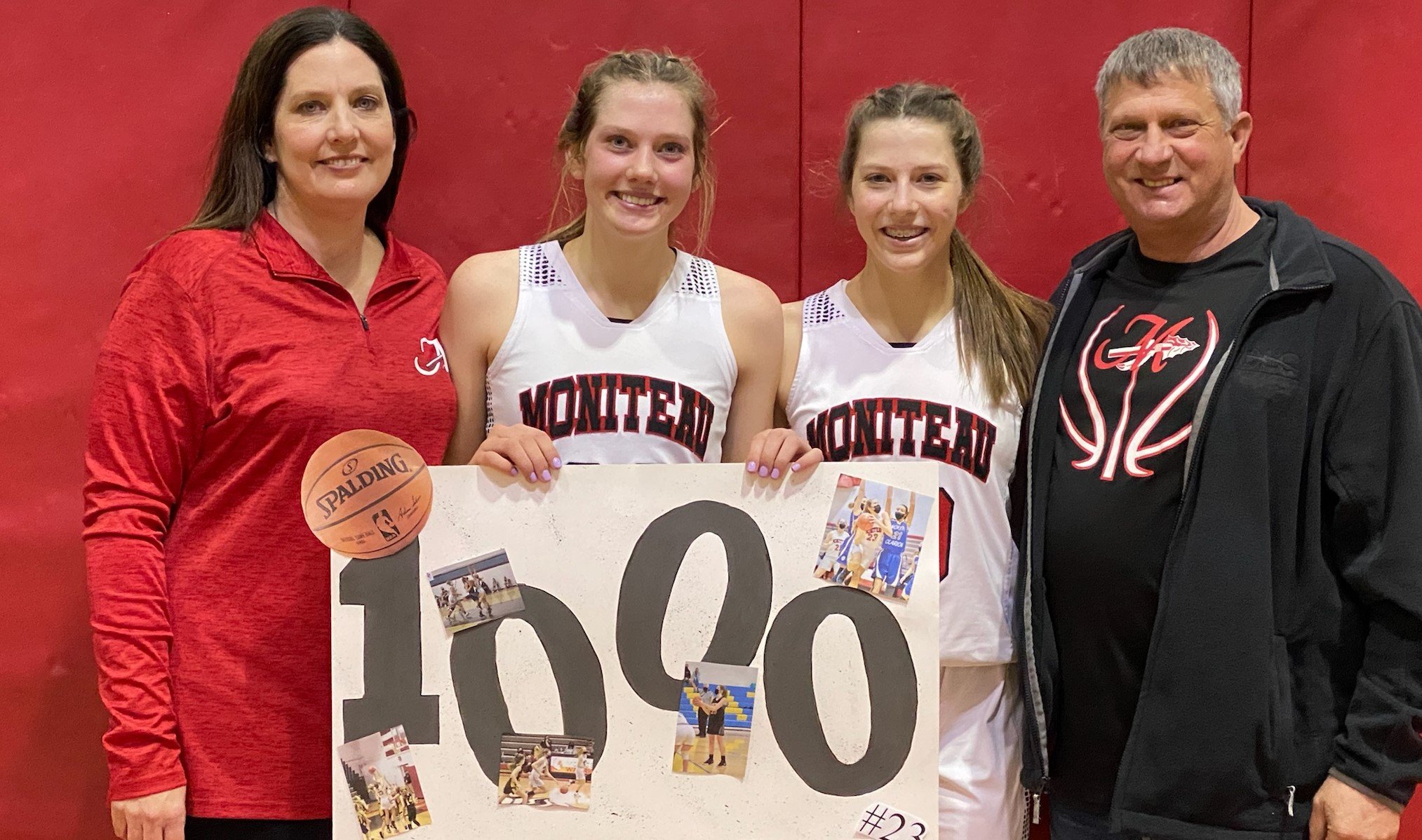 Watch the charity shot via video submitted to D9and10Sports.com

She entered the game against C-L needing 31 points to get to 1,000 in Moniteau’s final regular-season game.

Pry set herself up for the chance to reach 1,000 when she scored 21 first-half points to help Moniteau to a 33-23 halftime lead.

She then scored five more in the third quarter to get to 26 points before hitting a free throw early in the fourth to push it to 27. Nerves settled in, and the normally 75 percent free-throw shooter missed three straight charity shots before hitting her last four from the line to get to the milestone.

“It (getting to 1,000 points) means a lot to me,” Pry. “It’s something I looked forward to that I might get to someday. I am very grateful that I got to.”

Pry was very thankful to Moniteau and athletic director John Stoughton for getting the Lady Warriors the full 22 games this season despite the month shut down in December because of COVID-19 – Moniteau was even one of the few area teams to play a game the day before the December shutdown and the C-L game was a late addition.

“Luckily, we got some more games scheduled thanks to my athletic director,” Pry said. “He did a good job of getting us our full schedule. I was lucky that I could get it and get it at home with all of our fans tonight.”

Making the moment even better for Pry was that her mom, Maura, is the assistant coach for the Lady Warriors.

“It is definitely something that is very nice,” Pry said. “Not a lot of people have that.”

Pry’s game Wednesday wasn’t just about scoring, as she also pulled down 27 rebounds in the victory. While she averages over 13 boards per game, the 27-rebound game is believed to be a career best.

“I don’t think so,” Pry said when she was asked if she had ever had a night quite like Wednesday. “I think that anything I can do to help my team, and starting with rebounds is something easy. I am taller and I just go for the ball. Rebounds turn to points, that turns to assists. That helps convert a lot of other things on the floor.”