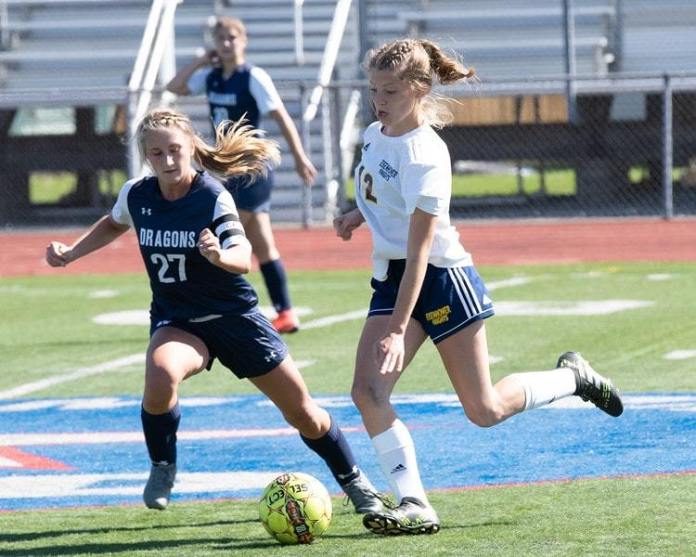 FRANKLIN, Pa. – Kyleigh Wilson hit a milestone, and the Lady Dragons moved their shutout streak to 11 games with a 12-0 win at Franklin Monday.

With her third goal of the first half, Wilson reached the 40-goal mark for the season, and moved into the top spot among District 10 goal scorers for the season. Kyra Wotorson netted a pair of goals to move her within two of the 30-goal plateau and into third on the D-10 goals leader board.

Ella Ordiway had a hat trick and Lauren Andersen, Sydney Rex, Hailey Peterson and Eliza Brook each had a goal in Monday’s win. Georgie Bickling had four assists and Wilson added three helpers. Wotorson and Paige Johnson each had an assist as well.

Alyssa Andersen had the shutout in goal.

Paisley Mangold had two goals and an assist for the Blue Devils.

Oct. 26, 2020 Playoff/Regular Season Soccer Scores
You Pick the D9/D10 Volleyball Performance of the Week Powered by Gc Town Properties Oct. 19-24, 2020
We use cookies on our website to give you the most relevant experience by remembering your preferences and repeat visits. By clicking “Accept All”, you consent to the use of ALL the cookies. However, you may visit "Cookie Settings" to provide a controlled consent.
Cookie SettingsAccept All
Manage consent