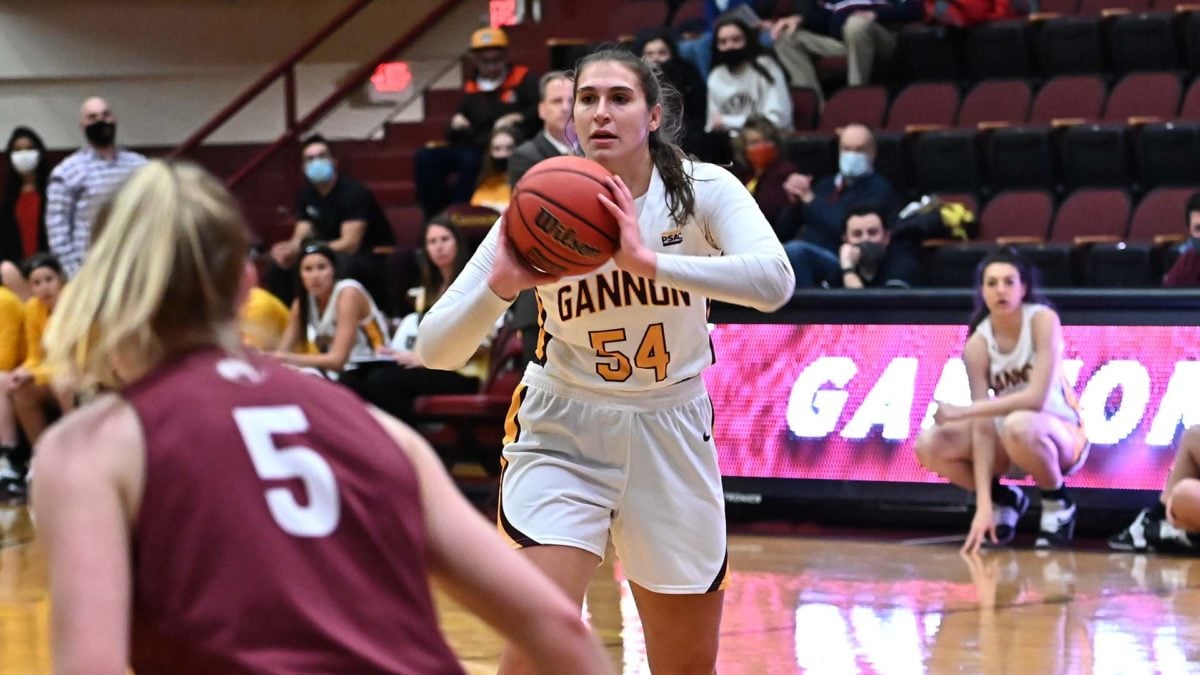 It’s Dogan’s second-consecutive honor as she was also named the PSAC West Defensive Athlete of the Week on Dec. 20.

Dogan, a senior post from West Middlesex, Pa., averaged 7.5 points and 10.0 rebounds per outing as Gannon stretched its current win streak to six games with wins over Wheeling and Mercyhurst. Dogan has shot 58.3 percent from the floor and chipped in four assists, three blocks, and a steal in two games for the Lady Knights since returning from the holiday break.

On New Year’s Eve, Dogan finished with four points, 10 rebounds, four assists, one block, and one steal as Gannon defeated Wheeling in nonconference action. She followed up that performance with 11 points, 10 rebounds and two blocks as Gannon opened PSAC West play with a 60-56 win over Mercyhurst. Dogan has now reached double-digit rebounds in four consecutive games and has three double-doubles this season.