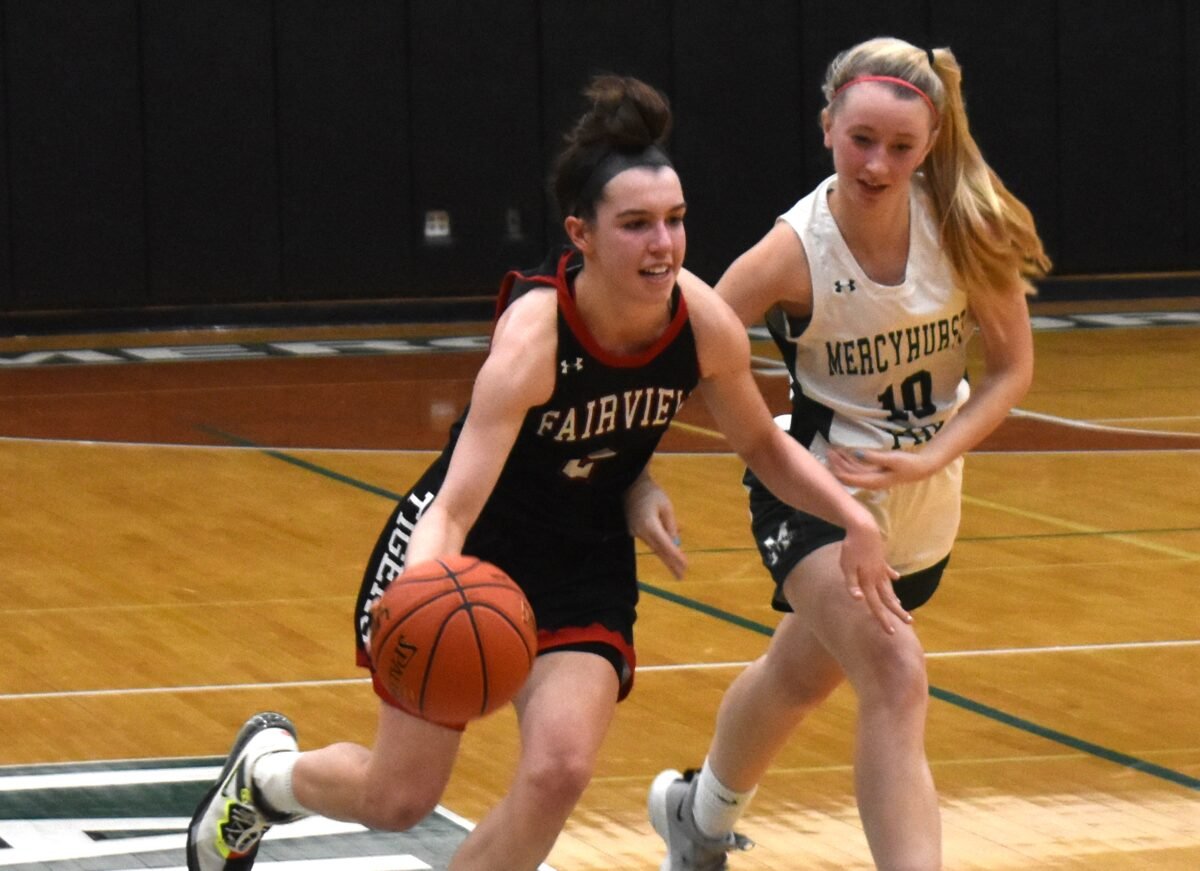 FARRELL, Pa. – Emma Mild scored six of her 15 points in overtime as West Middlesex earned a hard-fought 43-37 win over Farrell in Region 1 action.

Janiya Daniels scored six of her game-high 18 points in the fourth quarter to help Farrell push the game to overtime.

Sharpsville rallied despite being outscored 17-0 in the first quarter. The Blue Devils outscored Grove City 36-22 over the second and third quarters to claw their way back into the game.

Gamble scored seven of her points in the fourth quarter, while Karis Perample added seven points.

FAIRVIEW, Pa. – Fairview jumped out to a 15-0 lead after the first quarter on its way to a 51-16 Region 6 win over General McLane.

Hope Garrity scored 10 of her game-high 20 points in the first quarter for Fairview and made four 3’s in the game.

Bre Heidt chipped in with 10 points for Fairview, while Sara Gennuso added seven.

CAMBRIDGE SPRINGS, Pa. – Makenzie Yanc scored 10 of her 19 points in the first quarter as Cambridge Springs earned a 72-7 win over Rocky Grove.

GUYS MILLS, Pa. – Maplewood scored 23 points in the first quarter and never looked back in a 51-19 win over Union City.

Madison Eimer scored a game-high 19 points for Maplewood, 12 of which came in the first half. Savannah O’Hara was also in double figures for Maplewood with 10 points and Sadie Thomas and Madison O’Hara with nine each.

Laye Fields had another big game for KC with 18 points, while Hayden Keight had 16 points and Mariah Vincent 10.

Kennedy Catholic led 45-7 at halftime en route to the win.

Delaney Kepner was also in double figures for Lakeview with 11 points.

Josie Lewis was also in double figures for Greenville with 14 points.

Mia Mangini and Shannon Stevenson had eight points each for the Lakers.

Kimora Roberts had 22 points for Hickory.

Jillian Soder has 10 points for LeBoeuf.

NEW WILMINGTON, Pa. – Braden Zeigler poured in 25 points to lead Shenango to a 63-29 win over Wilmington.