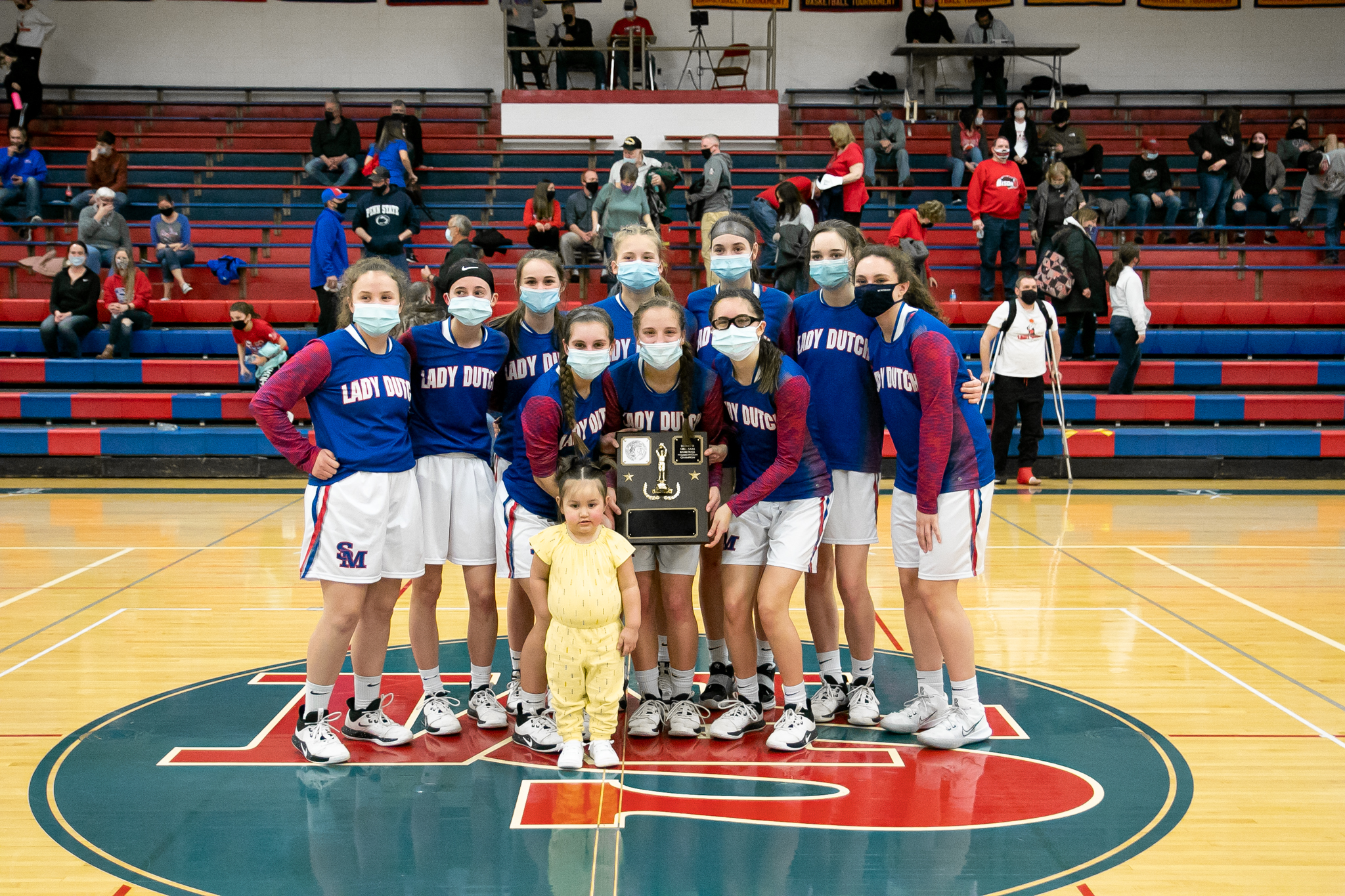 Behind a strong rebounding and defensive effort, top-seeded St. Marys upended second-seeded Clearfield, 43-26, in the District 9 Class 4A Championship.

The Lady Dutch had a monster night in the paint, outrebounding Clearfield, 45-20.

“This is probably one of the best rebounding games we’ve had,” St. Marys head coach Leona Ho’ohuli said. “I was very proud of them. Once you get to the post-season it’s now or never.”

Hayes led the Lady Dutch offense with a double-double netting 12 points while grabbing 11 rebounds along the way.

“It’s so important because we got second chances,” Hayes said of the team’s rebounding effort. “One of my teammates asked if she should stop shooting and I said no, we are getting the rebounds and those are the second chances we need.”

The Lady Dutch jumped out to a 16-8 lead in the first quarter with seven of those points coming from the charity stripe.

Emma Hipps scored five points in the second quarter but the St. Marys’ defense limited the Lady Bison offense allowing only two field goals, both by Hipps, in the second as they extended their lead to ten (26-16) heading into halftime.

St. Marys defense continued to play lights starting the third quarter with a 5-0 run and holding Clearfield to only 2 points in the eight-minute stretch.

“Our coach always says it’s 0-0 right when we come out,” Hayes said. “So it’s important that we don’t want to lose that half.”

Despite trailing 39-18 heading into the fourth, Clearfield held the Lady Dutch to only one field goal in the last quarter, but free-throws and lack of offense from the Lady Bison helped St. Marys maintain the lead.

Hipps and Megan Durandetta each hit 3-pointers in the fourth, but the deficit was too much to climb back from as the Lady Dutch held on to win 43-26.

St.Marys’ Isabelle Caskey pushes the ball up the floor. Photo by Jared Bakaysa

The Lady Dutch had a balanced offensive attack behind Hayes with Kayla Johnson and Isabelle Caskey each chipping in nine points apiece.

“We never have a main scorer,” Hayes said of the team effort. “I love that. It’s always so evenly distributed because we all put so much effort in.”

Hipps paced the Lady Bison offense with 12 points while Durandetta finished with six points, both 3-pointers.

St. Marys moves on to subregional play on March 17.

“It’s a good thing,” Ho’ohuli said. “We’ve been in the championship game many years now but we just wanted the girls to approach the game like any other game we’ve had.”

Karns City’s Waltman Nets 1,000th Career Point; Beighley Leads Gremlins Past Two-time Defending Champion Ridgway into 2A Finals
PIAA Wrestling Championships Hub Powered by Luton’s Plumbing, Heating and Air Conditioning
This website or its third-party tools process personal data.In case of sale of your personal information, you may opt out by using the link Do not sell my personal information.
×
Manage consent