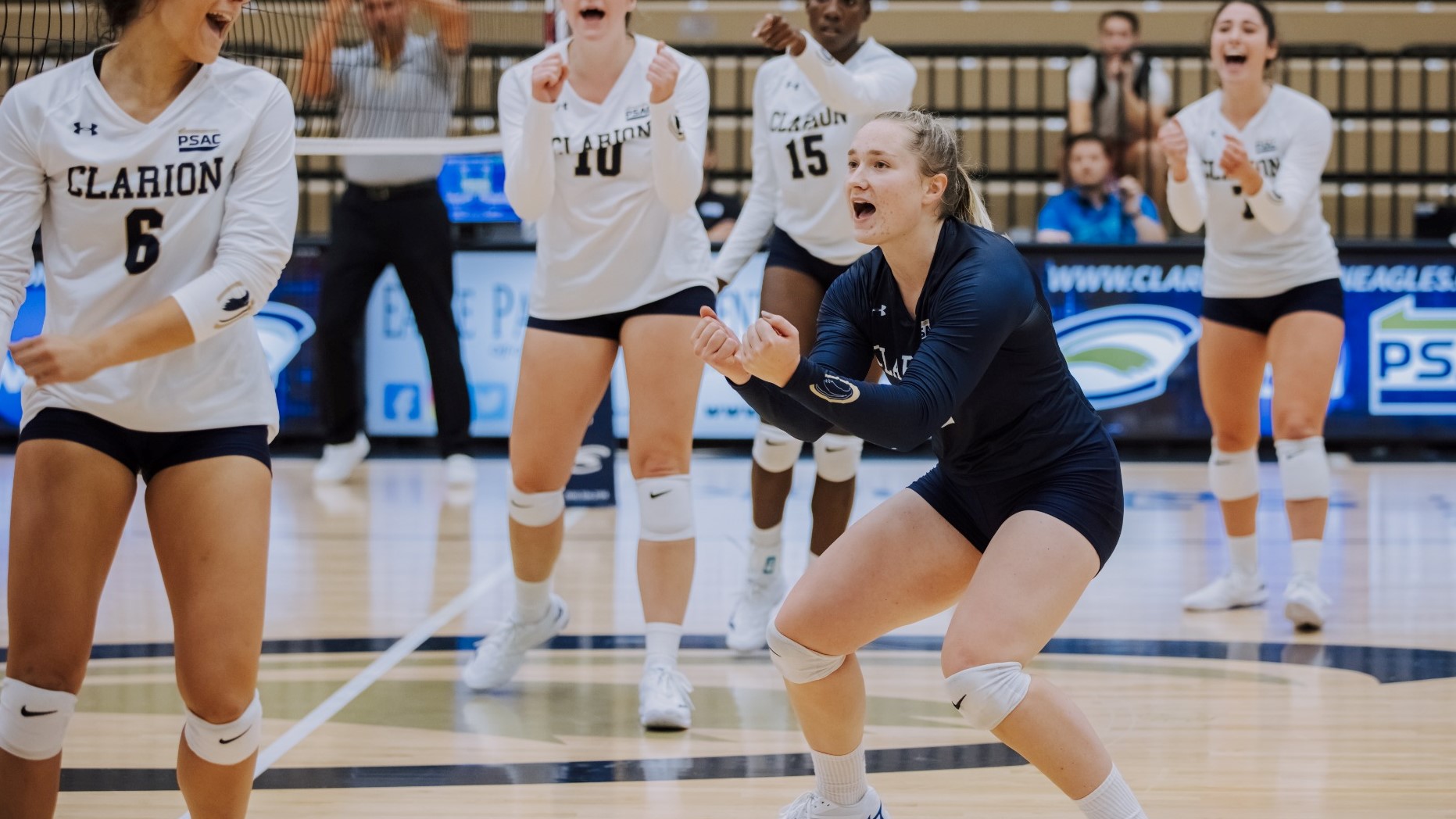 There were no District 9 or District 10 athletes that garnered Player of the Week honors across the PSAC, PAC and AMCC for the week of Sept. 5-11, but there was one with a D9 connection.

Abigail Selfridge, the sister of Erica Selfridge, who was a key player on Clarion High’s 2020 state championship volleyball team, was named PSAC West Defensive Athlete of the Week for Clarion University.

Abigail Selfridge Selfridge became the most recent player in Clarion University program history to top 1,000 career digs, as she helped the Golden Eagles to a 3-1 record at the Atlantic Region Crossover hosted by Wheeling and West Liberty. The junior libero totaled 81 digs over the weekend – an average of 5.06 digs per set – as Clarion improved to 10-1 on the season. She was also instrumental in the team’s win on the final day of the Wildcat Den Classic hosted by Daemen, with 18 digs in three sets against Franklin Pierce. Selfridge became the 17th player in program history to eclipse the 1,000 Dig mark.

Slippery Rock Rises in Division II Rankings; Carnegie Mellon, W&J Enter Division III Top 25
Wings Up: The Raymond Monica Show! Episode 3
This website or its third-party tools process personal data.In case of sale of your personal information, you may opt out by using the link Do not sell my personal information.
×
Manage consent