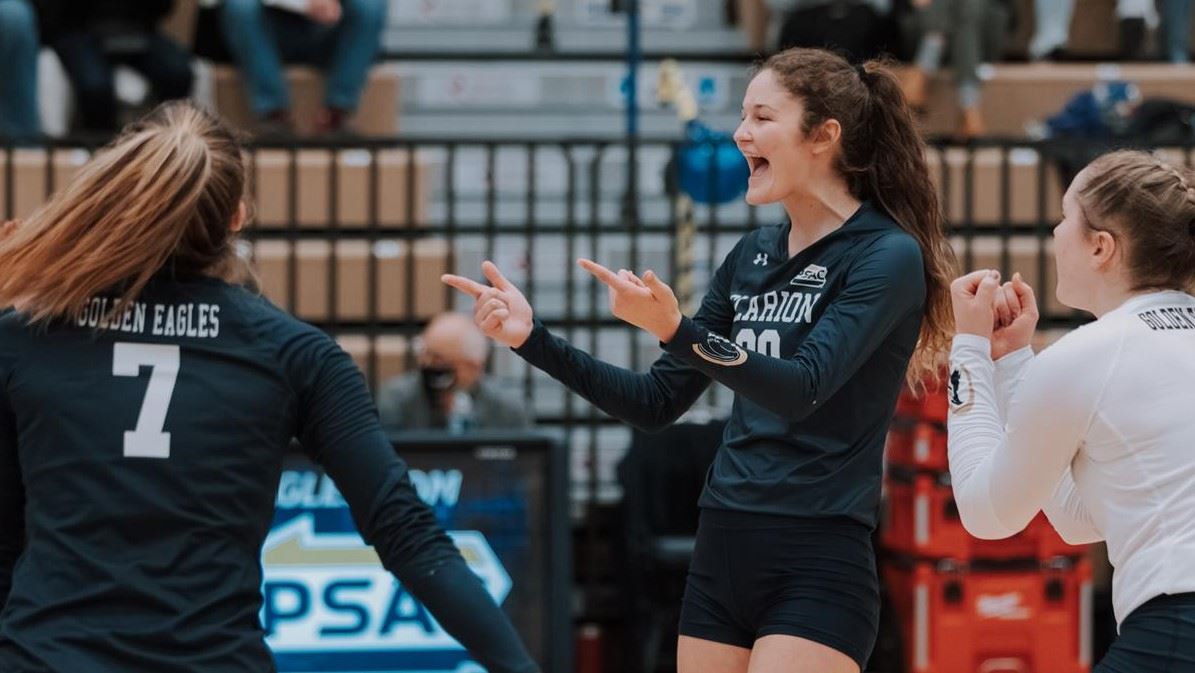 The awards come after the Golden Eagles earned a pair of conference wins on the road last week, closing out a five-match stretch away from home with victories over Pitt-Johnstown and IUP.

Snider averaged 4.86 kills per set and hit .450 over the course of the week, committing just seven errors on 60 attempts compared to 34 kills. She was dominant in the first win of the week, posting 21 kills and a .500 hitting percentage against the Mountain Cats on Tuesday. She also dug out 17 balls for a double-double, and accounted for 24 total points. On Saturday against the Crimson Hawks, Snider recorded 13 kills and a .364 attack percentage.

Earlier this year Selfridge recorded the 1,000th dig of her collegiate career and leads the Golden Eagles with an average of 4.28 digs per set this year. She needs 173 more digs the rest of the year to crack the top 10 for a career in program history.