Week 8 D9 football: Bulldogs at Gators in Class 1A showdown 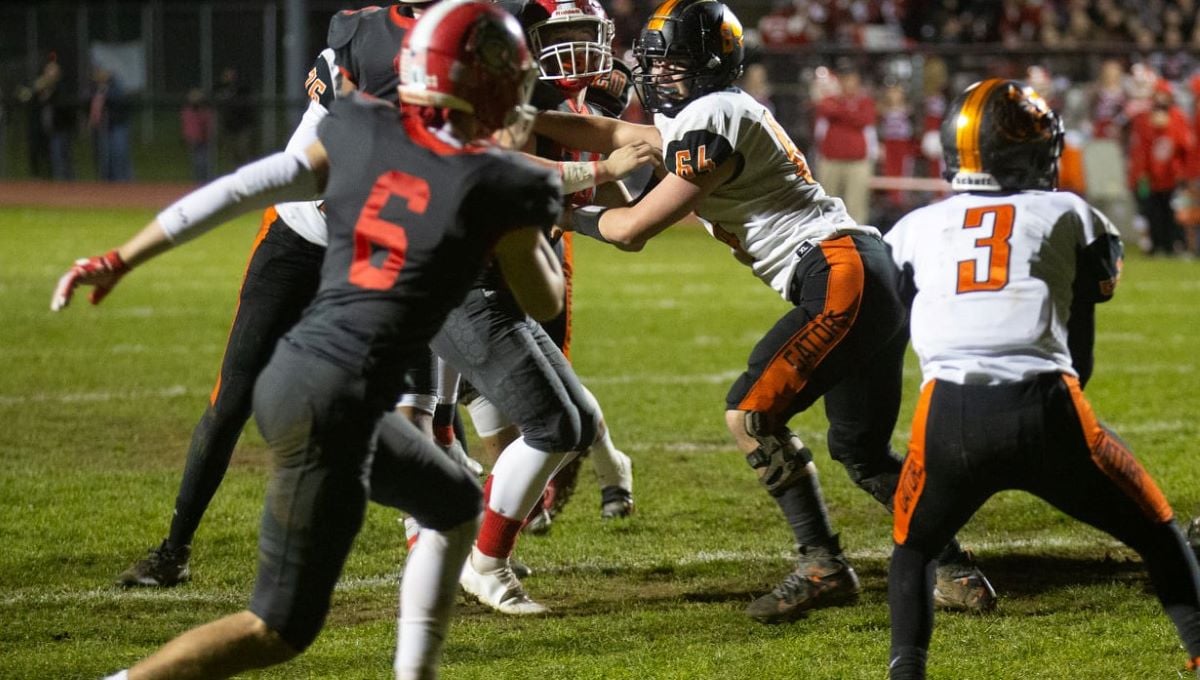 With two weeks left in the regular season, the two unbeaten District 9 football teams head on the road Friday night.

Unbeaten Redbank Valley’s trip to one-loss Port Allegany is a rematch of a first-round playoff game in Class 1A last year while it’s also a potential championship preview on what looks to be the top two seeds in this year’s bracket. It’s also the likely winner-take-all scenario for the Region 2 title.

Central Clarion takes its 7-0 record on the road to DuBois as the Wildcats look to bolster their resume for the top seed in Class 2A in what’s also a Region 1 matchup.

The last time the Gators and Bulldogs met, the Gators led 14-0 early in the second quarter before Redbank Valley scored 35 unanswered points to finish off the win and start a playoff run to the PIAA Championship game.

This time around, much of the Gators roster returns while obviously the Bulldogs have put together an impressive encore to date in what’s been a 20-1 run since Week 2 of last season.

Drew Byers has rushed for 603 yards on 101 carries with four TDs.

Last year’s playoff meeting was the first time the two met since Port’s 24-17 win over the Bulldogs in the 2010 playoffs.

The Wildcats, meanwhile, head to play the 4-3 Beavers who have lost twice in a row, including a 34-27 loss to St. Marys last week.

Central Clarion quarterback Jase Ferguson has thrown for 1,581 yards and 21 TDs. His top receiver, Ashton Rex, is poised for a 1,000-yard season, sitting at 886 yards on 34 catches with seven TDs.

For DuBois, quarterback Com-Ron Hays is the triggerman for the Beavers offense that averages 238 yards per game. He’s completed 61 of 106 passes for 567 yards with six TDs and four interceptions. He’s the second-leading rusher with 266 yards and six TDs.

Here’s a playoff picture look at each of the four classes of which District 9 has teams. It’s a another reminder that the seeding for the playoffs in Class 1A, 2A and 3A are by committee decision:

Up to eight teams make up the field and it looks to be nine teams vying for the eight spots. The top two seeds will likely be Redbank Valley and Port Allegany, the order pending the result of this week’s game. So the opinions offered below aren’t necessarily shared by those actually making the decisions.

It’s very possible that a team with a losing record has a better case for a top-eight spot than a team with a winning record. How that gets judged will be very interesting.

The Wildcats are unbeaten and Karns City is 4-3, the only two teams presently over .500. But the Gremlins host 3-4 Brookville Friday night, so that result could determine some seeding decisions. Karns City took Central Clarion to overtime and lost and the Wildcats routed Brookville in the season-opener.

So the question of whether four teams fill the playoff bracket depends on whether teams elect to go to the postseason with a losing record. That could be the Raiders if they don’t win two out of three games against the Gremlins, Punxsutawney and one-win Bellefonte. Moniteau and Ridgway are both 2-5, but don’t rule out a say, 4-6 Elkers team going to the postseason if they wind up winning four of their final five games after starting 0-5. Their home game with Brockway this week is a big one in that context.

The Chucks have Moniteau, Brookville and Union/A-C Valley left on their schedule, so at least a 5-5 record appears likely. That’ll mean a three-team playoff with perhaps a top seed still at stake. Clearfield’s loss last week came to Tyrone, a team the Dutch play in Week 10. A St. Marys win there could affect the top seed consideration and a Week 11 bye.

Week 11 has been allotted to D9 for a championship game between the district’s only 4A teams, but Bradford is winless. So the Beavers will enter the D6/9 Sub-Regional playoff starting Week 12. They finish with Central Clarion, Moniteau and 1-6 Hollidaysburg.

In other games this week:

The Gremlins host the Raiders in a key Class 2A seeding matchup. They’ve won four of five since starting 0-2 and the loss was an OT setback to unbeaten Central Clarion two weeks ago. The Raiders are similar, winning three of their last four after starting 0-3.

Dutch quarterback Charlie Coudriet has thrown for 1,243 yards and 17 TDs while rushing for 406 yards and seven TDs.

The Elkers, 2-0 since an 0-5 start, host the Rovers in what could be a key seeding game for both teams in their respective playoff classes, 2A for the Elkers and 1A for the Rovers. Ridgway beat Keystone 26-20 two weeks ago while Brockway edged Keystone, 21-20, last week.

While Aiden Zimmerman leads the Elkers with 293 rushing yards, his younger brother Luke Zimmerman went for 111 yards on seven carries last week as he returns to the lineup. Quarterback Cam Larkin has passed for 698 yards and six TDs while rushing for 183 yards and four TDs

The Hubbers’ statistics are not available on maxpreps.com. Ryan Pelchy is the team’s top rusher.

The Panthers look to snap a two-game losing streak at home against the Wolves, who have dropped three straight.

Ricky Zampogna, who was over 600 yards rushing going into last week’s game against Redbank Valley, left last week’s loss to the Bulldogs with an injury.

The Falcons visit winless Sheffield, hoping to bounce back from a loss to Otto-Eldred.

Sheffield has given up 40 or more points in all six losses. Its statistics are unavailable on maxpreps.com.

The Terrors’ only losses have come to 6-1 Elk County Catholic, but they’ve won five of six going into their trip to District 4’s Bucktail.

Reigning Player of the Week Andrew Schenfeld has thrown for 1,552 yards and 21 TDs. Hunter App has rushed for 444 yards while Manning Splain has caught 29 passes for 513 yards and 7 TDs.

The Crusaders meet the Red Raiders for the first time in a Region 3 matchup.

Cameron has won two straight after starting 0-5. Quarterback Maddox Baughman has thrown for 569 yards and three TDs while Malaki Zucal leads the team with 278 rushing yards.

Running back Brady Collins nears the 1,000-yard milestone with 943 yards and 10 TDs.

The Golden Tide try to get back to .500 against the Blue Jays, who lost 33-22 to Meyersdale earlier this year. Curwensville beat Meyersdale 34-18 in Week 1.

Tide quarterback Dan McGarry has thrown for 1,386 yards and rushed for 707 yards.

Week 8 D10 Football: Eisenhower Lone Unbeaten; Region Titles at Stake
YDL Sports Network to Broadcast Redbank Valley/Port Allegany Showdown; Titusville/Warren Friday
This website or its third-party tools process personal data.In case of sale of your personal information, you may opt out by using the link Do not sell my personal information.
×
Manage consent