Week 3 football in D9: Bulldogs, Chucks in battle of unbeatens 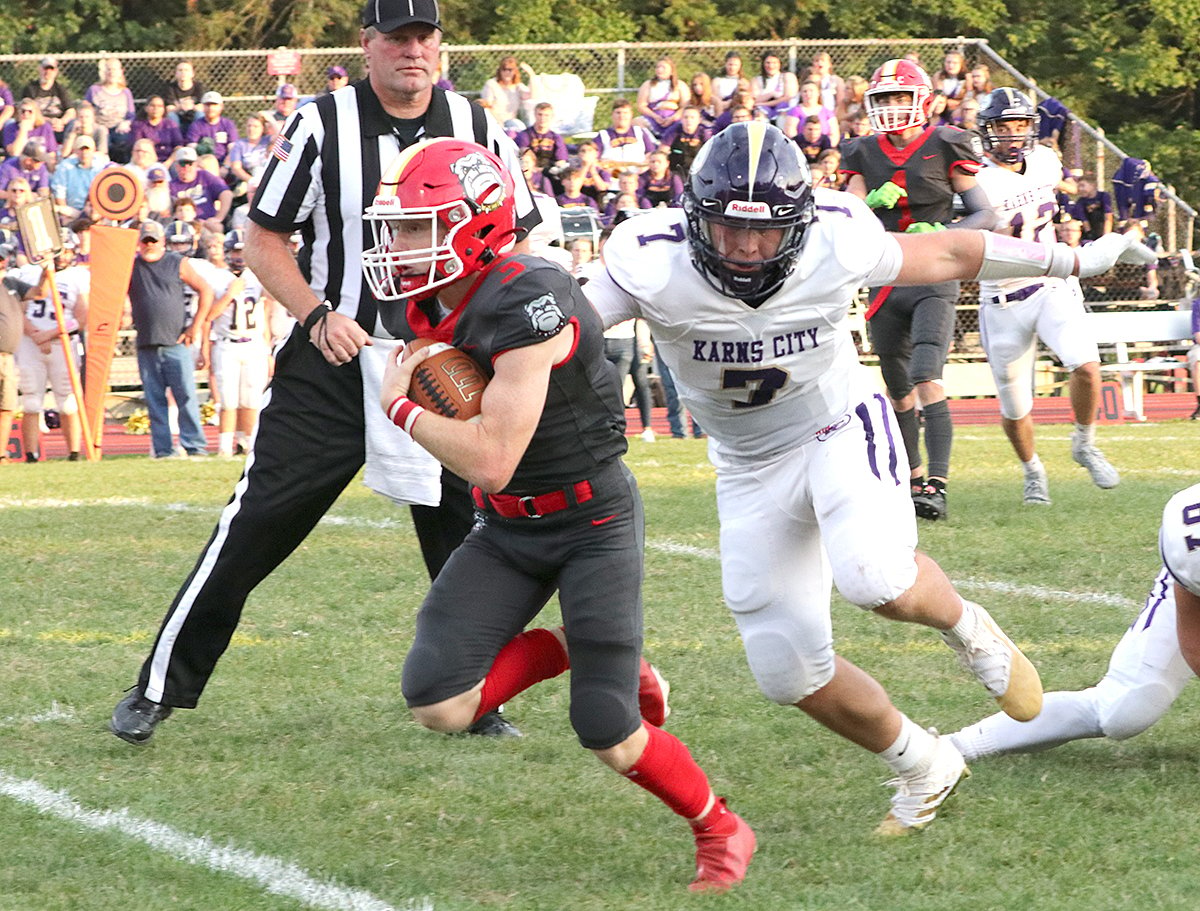 One matchup of 2-0 teams and another edition of a longtime football rivalry highlights District 9 football’s Week 3 schedule.

It’s a non-regional schedule featuring 11 Friday night games. The only battle of unbeaten showdown has the Redbank Valley Bulldogs traveling to play the Punxsutawney Chucks. At the Bison Sports Complex in Hyde, it’ll be the 109th meeting between the Clearfield Bison (1-1) and DuBois Beavers (2-0).

At Punxsutawney’s Jack LaMarca Stadium likely similar to other game sites around the district and country, the school is featuring a 9/11 Remembrance Night where all first responders and veterans will be admitted free to the game and honored. Several activities are planned for pre-game festivities along with other features fitting the celebration.

The Bulldogs got a solid debut from linebacker Caden Adams last week with his 16 tackles with Cole Bish, who leads the team with 23 in two games, finishing with 15 stops against Karns City, which outgained the Bulldogs 395-296 and came up empty on five trips inside the 25 in the Bulldogs’ 25-15 win last week.

Punxsutawney’s offensive attack centers around senior running back Zeke Bennett, who has rushed for 388 yards on 45 carries and seven touchdowns as he ran for 206 yards and three TDs in last week’s 37-16 win at Kane.

With the Bison and Beavers, it’s a series that has DuBois leading 70-33-5 with the Bison winning the last five matchups including last year’s 27-7 season-opening game.

Clearfield head coach Tim Janocko became the 20th coach in state history to reach 300 wins in last week’s 7-3 victory at Bald Eagle Area. This will be his 34th matchup against the Beavers, against whom he is 17-16 overall.

The Bison have moved the ball mostly on the ground so far as Brady Collins (33-170, 1 TD) is the top rusher. Quarterback Will Domico has completed just six passes so far.

DuBois has quarterback Cam-Ron Hays leading the way. He’s rushed for 169 yards and five TDs while completing 15 of 20 passes for 121 yards with a touchdown. Austin Henery (26-147, 2 TDs) is the top rusher out of the backfield after Hays.

In other games Friday:

Quarterback Charlie Coudriet is off to a good start for the unbeaten Dutch, completing 18 of 31 passes for 391 yards with five TDs and two interceptions while rushing for 137 yards on 20 carries. Logan Mosier (9-193, 2 TDs) and Collin Reitz (4-108) are the top receivers.

Ricky Zampogna has rushed for over 200 yards to lead the Wolves. Quarterback Kyle Zook has thrown for 275 yards, his top receiver Landon Darr catching five passes for 49 yards in last week’s loss to Punxsutawney.

The Raiders head to Knox to face the unbeaten Panthers, who rolled to a 43-7 rout of Union/A-C Valley last week. Brookville was blanked 30-0 at Tyrone.

With starting quarterback Charlie Krug out with an injury, the Raiders went with Noah Peterson in last week’s loss at Tyrone. He completed 5 of 8 passes for 20 yards. Tony Ceriani and Carson Weaver combined for 100 rushing yards as the Raiders were limited to five first downs.

The Falcon Knights try to shake off a lopsided loss at home against Keystone with a trip to unbeaten Central Clarion as the Wildcats debut at Clarion University’s Memorial Stadium. It’s the first time these programs have met on the gridiron.

The Falcon Knights’ Mikey Card ran for 71 yards on 11 carries last week as the team’s lone offensive bright spot. Quarterback Brody Dittman has completed 14 of 32 passes for 156 yards so far.

Reigning D9 Player of the Week Dan McGarry has posted some mammoth numbers so far as the Golden Tide quarterback has thrown for 534 yards, completing 37 of 63 passes with three TDs and two interceptions. He’s also rushed for 234 yards on 25 carries with five TDs while also sharing the team lead on defense with 14 tackles to go along with an interception he returned for a key touchdown in last week’s win at Juniata Valley.

The Blue Devils opened with a 27-12 loss to Tyrone before last week’s 27-0 shutout of Glendale. Quarterback Gaven Ridgway has completed 15 of 31 passes for 263 yards and four TDs with one interception.

One trend must end in this one as both teams try to notch their first win of the year. For the Gremlins, it’s their first 0-2 start since 2017 while the Elkers, since joining forces with Johnsonburg back in 2013, have never been 0-3.

The Gremlins gained nearly 400 yards in last week’s 25-15 loss at Redbank Valley without their injured starting quarterback Eric Booher, who played on defense. Mason Martin played fine in the QB role, completing 13 of 21 passes for 133 yards while rushing for 59 yards on 11 carries. Luke Cramer ran for 89 yards on 18 carries.

The Elkers have managed just 165 yards of offense in losses to Port Allegany and St. Marys. Cameron Larkin threw a TD pass to Aiden Zimmerman for the Elkers’ lone score last week.

While the Hubbers rebounded from a disastrous opening loss at Redbank Valley with a 22-6 win over Cameron County, the Gators dropped a nail-biting 29-24 decision at home to unbeaten Central Clarion.

Smethport got three TD passes from quarterback Preston Alfieri, who completed 5 of 9 passes for 59 yards. Ryan Mason caught two of the TDs and Aiden McKean the other.

The Rovers came within a yard or so of beating DuBois last week as Alex Carlson was tackled shy of the end zone as time expired, the Rovers electing to go for it instead of what would’ve been a 22-yard field goal without their starting kicker available.

Hunter Stalker has rushed over 200 yards for the Warriors, who visit the Red Raiders this week. He ran for 154 yards in the season-opening loss to Elk County Catholic.

In Cameron’s loss to Smethport last week, it was Jameson Britton scoring the team’s lone touchdown as the Red Raiders were limited to 74 yards of offense.

2022 District 9 and District 10 Week 3 Football Predictions
YDL Sports Network to Broadcast 3 Games (Redbank/Punxsy, Port/Smethport, Union City, Ike) + Postgame Show Friday
This website or its third-party tools process personal data.In case of sale of your personal information, you may opt out by using the link Do not sell my personal information.
×
Manage consent