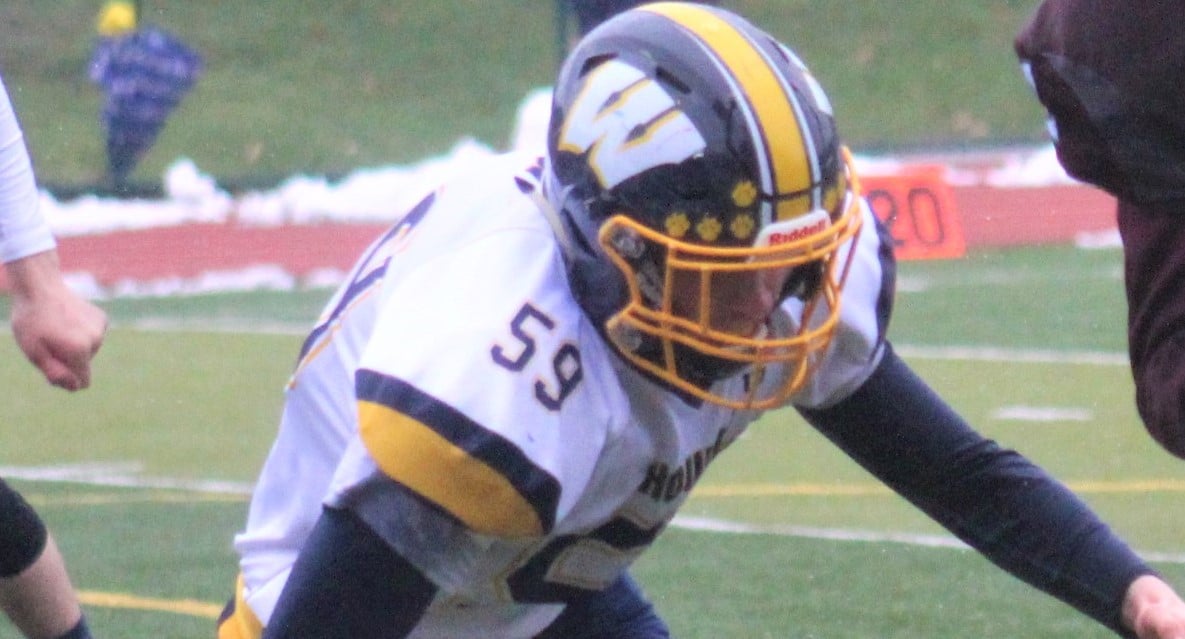 Put simply, Week 2 in District 10 has some special games.

Five battles of 1-0 teams highlight the slate – some expected and others a surprise.

Two games in particular – Wilmington at Farrell and Meadville at Oil City jump off the page.

Farrell, which is coming off back-to-back Class 1A state titles, was bumped up to Class 2A this season, a classification that has been dominated by the Greyhounds.

The two teams met in the regular season in 2019 and it was a one-sided affair, a 40-0 Greyhounds’ victory.

Both teams are coming off impressive opening wins – Farrell 41-0 over Sharpsville and Wilmington 48-0 over Greenville.

Anthony Stallworth had two rushing touchdowns and Kylon Wilson was on the receiving end of a pair of touchdown passes. Quarterback Christian Hartley was impressive as well, and the Steelers’ defense was dominant.

Wilmington’s ground game was the story against Greenville, as Darren Miller, aided by an impressive performance up front, rushed for 167 yards and three touchdowns. Speedy Ethan Susen was also a major factor in the ground game, and the Greyhound defense was stifling.

Looking at the Meadville-Oil City game, there is certainly familiarity between the two. They met twice in 2019, two Oil City wins decided by three points, including 9-7 in the D-10 Class 5A title game.

It was business as usual for the Oilers in a 68-6 Route 8 romp over Franklin last week. Cam Russell led a stable of Oiler rushers behind an imposing offensive line, toting the ball 11 times for 198 yards and a pair of scores.

As is usually the case with Meadville, it starts with the run game as well. Khalon Simmons carried the ball for 228 yards and three touchdowns as the Bulldogs rolled past Titusville, 45-6 last week.

OTHER UNBEATEN MATCHUPS: MERCER AT REYNOLDS, EISENHOWER AT IROQUOIS, NORTHWESTERN AT SAEGERTOWN

Mercer and Reynolds had a pair of impressive individual performances in their wins over Kennedy Catholic and West Middlesex, respectively. The Mustang’s Aidan Bright scored four touchdowns – one each on a fumble recovery in the end zone, pick six, rushing and punt return in a 46-6 win, an effort that earned him Jim Kelly District 10 Player of the Week Honors powered by the Allegheny Grille.

Eisenhower avenged a loss to Union City in 2019 by shutting out the Bears in Week 1, 47-0. The Knights’ full display of offensive firepower shined, led by Cael Black (110 yards rushing), Zane Alexander, Dillon Benson and Owen Trumbull.

They will be facing an Iroquois team that raced to a 55-30 win over Seneca. The Braves ran wild, with three backs going over the 100-yard mark, led by Antonio Rodriguez, who scored three touchdowns. That rushing attack will no doubt be the focal point of the Eisenhower defense.

Perhaps two teams that not many expected to be 1-0 after Week 1, Saegertown and Northwestern, proved some early doubters wrong. The Panthers snapped their 38-game losing-streak dating back to 2015 with a 13-6 win over Cochranton, led by Jake Resinger, who rushed for 80 yards and a score.

They will be facing a Wildcat team that won in thrilling fashion, 17-14, in the only overtime game of Week 1 in District 10 against Maplewood.

Preston Runser was the hero for Northwestern, booting the winning 20-yard field goal in the extra session.

Some other Week 2 games to watch:

The Bison had no problem with Fairview in their opener, winning 48-0. The Bison, who moved down to Class 3A this season, got 100-yard rushing efforts out of Tristin Harris and Jack Rimpa.

They will be facing a Laker squad that is coming off a 41-21 setback to Girard.

Gus Campbell had 192 yards on the ground and a score for Mercyhurst Prep, and will look for another big rushing effort as the Lakers try and rebound.

The Rockets are coming off an impressive 27-7 win over defending D-10 Class 3A champion Sharon. Quarterback William Mokel was stellar, completing 18-of-23 passes for 231 yards and a pair of scores. The Rockets outscored the Tigers 20-0 in the second half en route to the win. Shane Thompson added 89 yards on the ground and a touchdown.

They square off against a Grove City team that tries to rebound from a 41-21 loss to Hickory.

Logan Breese threw for 160 yards a touchdown against the Hornets.

They will look to go to 2-0 against a Corry squad that is coming off a 56-7 loss to Harbor Creek.

Perhaps no team was more impressive in Week 1 than the Yellow Jackets, who surprised many with a 41-21 win over Mercyhurst Prep.

Gunner Bax. Todd Essman and Austin Barrett scored two rushing touchdowns and all went over 100 yards on the ground. Bax, in fact, was over 200.

The Tigers come into this one licking their wounds after a shutout loss to Fort LeBoeuf.

Butler received a rude welcome to District 10 at the hands of Cathedral Prep, a 55-21 loss for the Golden Tornado. Things don’t get any easier this week as they host McDowell and senior quarterback Chris Juchno.

Juchno tossed four touchdown passes in a 36-12 Week 1 triumph over Erie, while Justo Rivera had a score rushing and receiving.

Butler looks to get its passing game going against the Trojans with dual-threat quarterback Cooper Baxter leading the way.

The Ramblers’ offense was firing on all cylinders in their Week 1 win over Butler. Jaheim Williams scored a pair of rushing touchdowns and Michael Parks had 108 yards on the ground to lead the way.

Prep got off to a quick start, taking a 20-0 lead in the first quarter, and they will look to do the same against the Royals.

The Royals look to avoid an 0-2 start.

A season with high expectations got off to a perfect start for the Huskies in a 56-7 win over Corry.

Senior quarterback Casey Smith was nearly perfect, throwing for 205 yards and five touchdowns – including strikes of 41 and 20 yards to Ryan Whitman in the first quarter.

Cam Williamson eclipsed 100 yards on the ground for the Huskies and scored a touchdown.

Marrick Bauer also had a punt return and receiving score for Harbor Creek.

More Week 2 in D9: Opening the “Bubble” makes it 10 games
D9and10Sports Radio to Broadcast Union/A-C Valley at Keystone Powered by Bill’s Service Co. Friday Night
This website or its third-party tools process personal data.In case of sale of your personal information, you may opt out by using the link Do not sell my personal information.
×
Manage consent