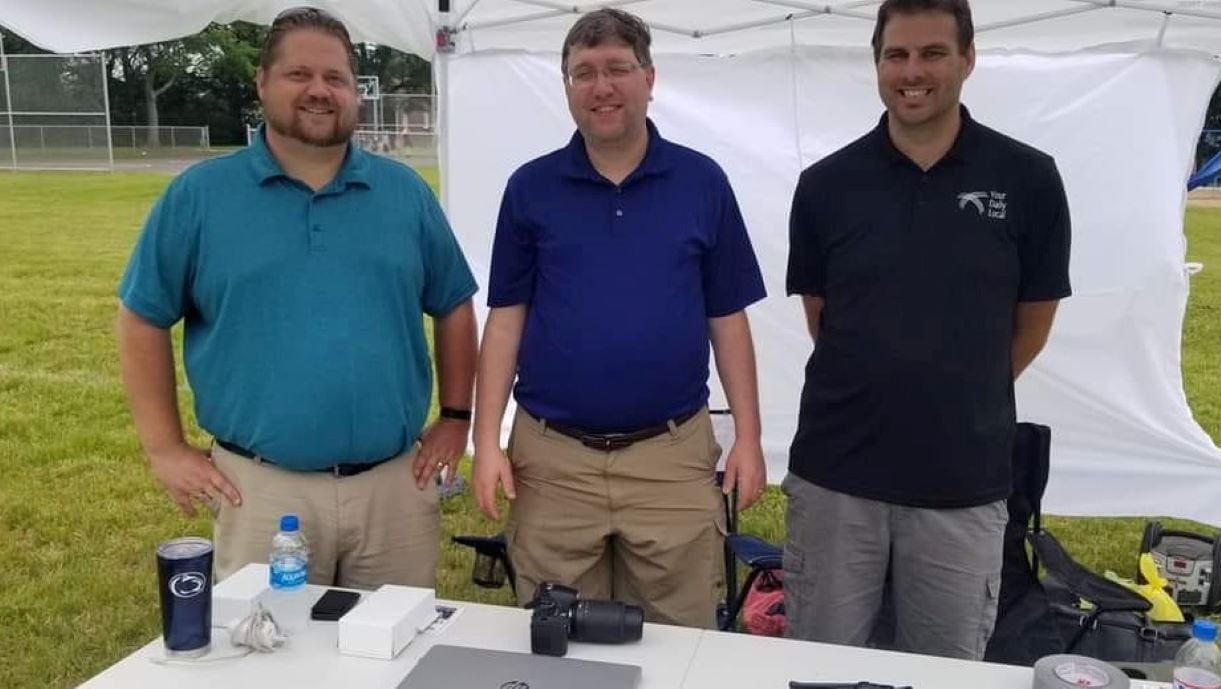 A year ago today (Aug. 7, 2020), Brian Hagberg, Andy Close, and I (with the support of our great friend Rich Rhoades) decided to take a chance.

We decided to take a chance on you – the athletes, teams, schools, and fans of District 9 and District 10.

We decided to take a chance on ourselves and do sports the right way. The way we wanted to do them. The way the three of us were promised we were going to get to do them at our previous jobs only to find out that wasn’t the case.

And you have responded. Responded in ways we could never imagine.

From Erie to Wilmington, Clarion to Bradford, Clearfield to Coudersport and everywhere in-between like Oil City, Warren, Maplewood, Cambridge Springs, Grove City, Slippery Rock, Moniteau Karns City, Port Allegany, Kane, the list goes on and on and on, you responded to what we are doing.

You have come in droves. Numbers that are frankly baffling to us – millions – yes that is millions with an “s” – of page views in a little less than a year.

When we started we didn’t even know if high school sports were going to be played. And even if they were played, we didn’t know if we could be there to cover it. We started this with a hope and a prayer that they would and that we could.

When we started, video broadcasts were the farthest thing from our minds. But we quickly figured it out and transitioned into it.

When we started, we didn’t know if anyone would come along with us in terms of sponsors. But they did and they keep coming. And for that, we are forever thankful.

When we started, we didn’t know if anyone would want us to be at their games. But they did – here is looking at you Eisenhower, Warren, Clarion, and Moniteau, you were the guinea pigs in this grand experiment and welcomed us with open arms, paved the way for the rest who welcomed us with equally open arms.

Along the way, we have renewed old friendships and made new ones. Watched athletes we knew were great be great and athletes we had never heard of have coming out parties.

And this is just the beginning.

As we head into our second year, we look forward to building on what we started last year and making things bigger and better. And we know you will be there for the ride with us because there are no better high school sports fans than in District 9 and District 10.

From all of us at D9and10Sports.com to all of you, thank you for a great first year and we can’t wait to get started on year two.

Column: Co-Ops are Never Easy, but can be Very Successful
Spreading Love: Brockway Senior Selena Buttery Founds ‘Project Grace’ to Make Lasting Impact in the Community
We use cookies on our website to give you the most relevant experience by remembering your preferences and repeat visits. By clicking “Accept All”, you consent to the use of ALL the cookies. However, you may visit "Cookie Settings" to provide a controlled consent.
Cookie SettingsAccept All
Manage consent