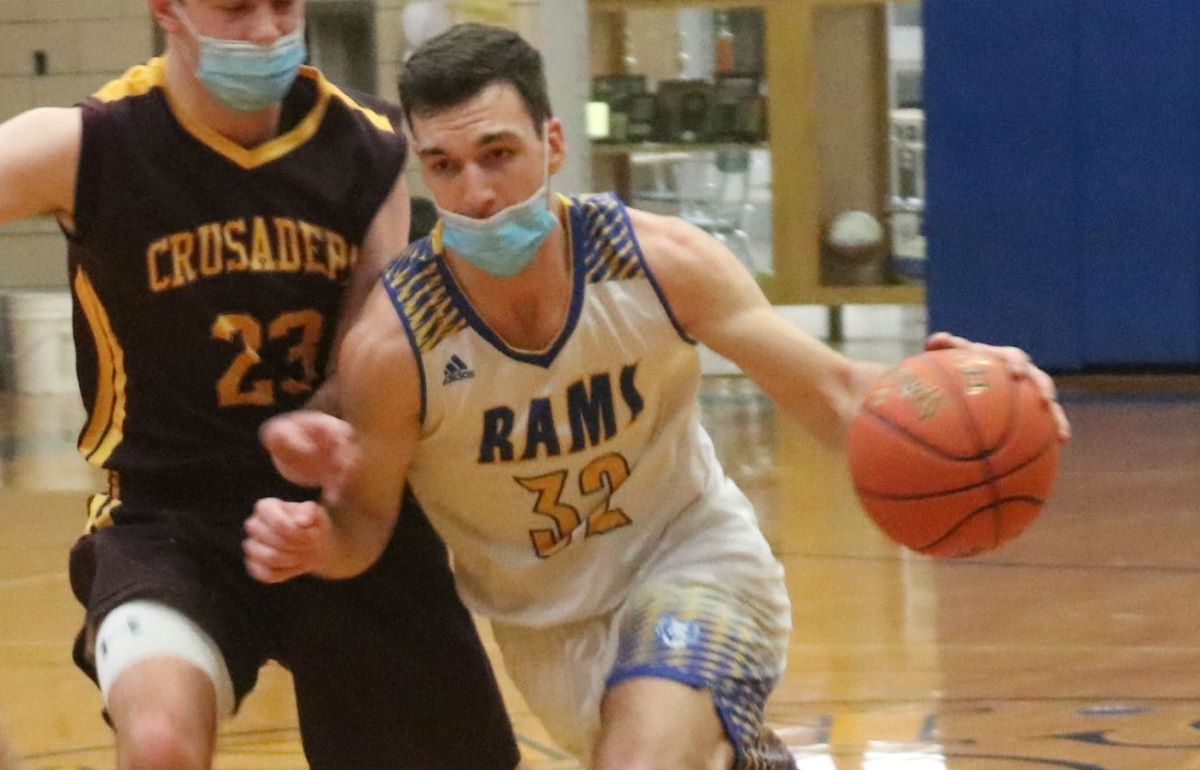 EMPORIUM, Pa. – Gabe Watt’s offensive rebound and putback with 32 seconds left lifted third-seeded Johnsonburg into the District 9 Class 1A title game with a 26-24 win over second-seeded Cameron County in Emporium.

The Rams came down on the other end, and Jefferson Freeburg took a 3-pointer that bounced off the rim. Watt, coming into from the high post area, outfought a couple of Cameron County players for the rebound and put it back in for the go-ahead basket.

Down one, Hayden Brown put up a 3-pointer with 18.8 seconds left that was no good.

Johnsonburg rebounded the ball, but Cameron County had only committed four fouls.

The Red Raiders proceeded to commit fouls five, six, and seven over the next seven seconds sending Watt to the free-throw line for a one-and-one.

The senior hit the first shot but missed the second shot with Caden Beldin rebounding for Cameron County.

After the timeout, Cameron County brought the ball up the court but was never able to get a shot off.

The teams were tied at eight at the end of the first quarter before Johnsonburg took a 16-13 halftime lead thanks to a pair of Eric Christoff 3-pointers.

The scoring then ground to a halt in the third quarter with the teams combining for seven points, four from Cameron County.

That got the Red Raiders within two, 19-17, going to the fourth quarter.

Cameron County then went on a 7-4 run to take the late lead on the Morton basket before Watt stepped to the forefront to win the game for the Rams.

Brown and Morton each scored eight for Cameron County.

Johnsonburg will face Clarion in the District 9 title game Tuesday.