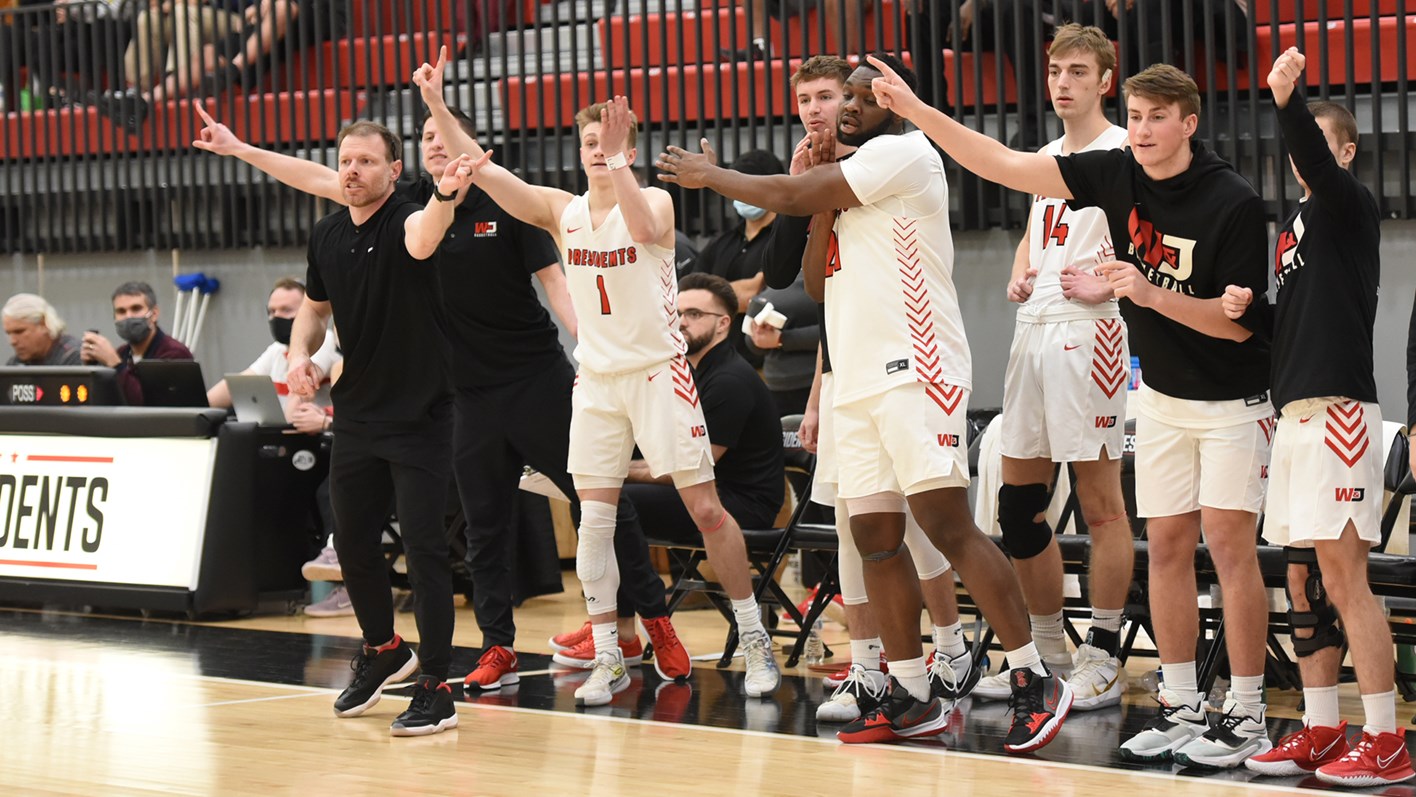 GREENVILLE, Pa. – Washington & Jefferson College was selected as the preseason favorite in this year’s Presidents’ Athletic Conference (PAC) Men’s Basketball Preseason Coaches’ Poll, which was voted on by the league’s 11 head coaches.

The PAC announced the results of its preseason coaches poll and its players-to-watch list Tuesday afternoon.

W&J secured 10 of the 11 first-place votes and 110 total points to earn the top spot in the preseason poll. Led by eighth-year head coach Ethan Stewart-Smith, W&J claimed the top seed in last year’s PAC Championship Tournament and went on to secure the program’s 10th PAC title with a 68-63 victory over No. 2 Chatham University at Salvitti Family Gymnasium. It was the program’s first since 1994-95. W&J made its third all-time appearance in the NCAA Division III Championship last season.

Tipton led the PAC scoring and ranked fifth in NCAA Division III with a 25.0 points per game average. His 626 points last season were the seventh-most in Division III. Tipton ranked third in the league with a 9.4 rebounds per game average, fourth with a 51.4 percent (217-422) field goal percentage, fifth with a 78.6 percent (154-196) free throw percentage and seventh in blocked shots per game (1.1). He also averaged 34.8 minutes played per game, the fourth-highest average in the PAC.

Bigley averaged 10.4 points and 3.7 rebounds per game in his debut season with W&J. He tallied 61 assists and 33 steals in 26 starts (27 appearances). Bigley scored a season-high 26 points against Geneva on Feb. 12.

The eight-team PAC Championship Tournament will get underway on Tuesday, February 21 with its quarterfinal round. The semifinals are scheduled for Thursday, Feb. 23 while this year’s title game is slated for Saturday, Feb. 25.

District 9 and 10 alums playing in the PAC include:

Weekly College POW Roundup: CASH Grad Snider Nabs Volleyball Honors for Clarion
W&J Women’s Hoops Tabbed as Preseason PAC No. 1
This website or its third-party tools process personal data.In case of sale of your personal information, you may opt out by using the link Do not sell my personal information.
×
Manage consent