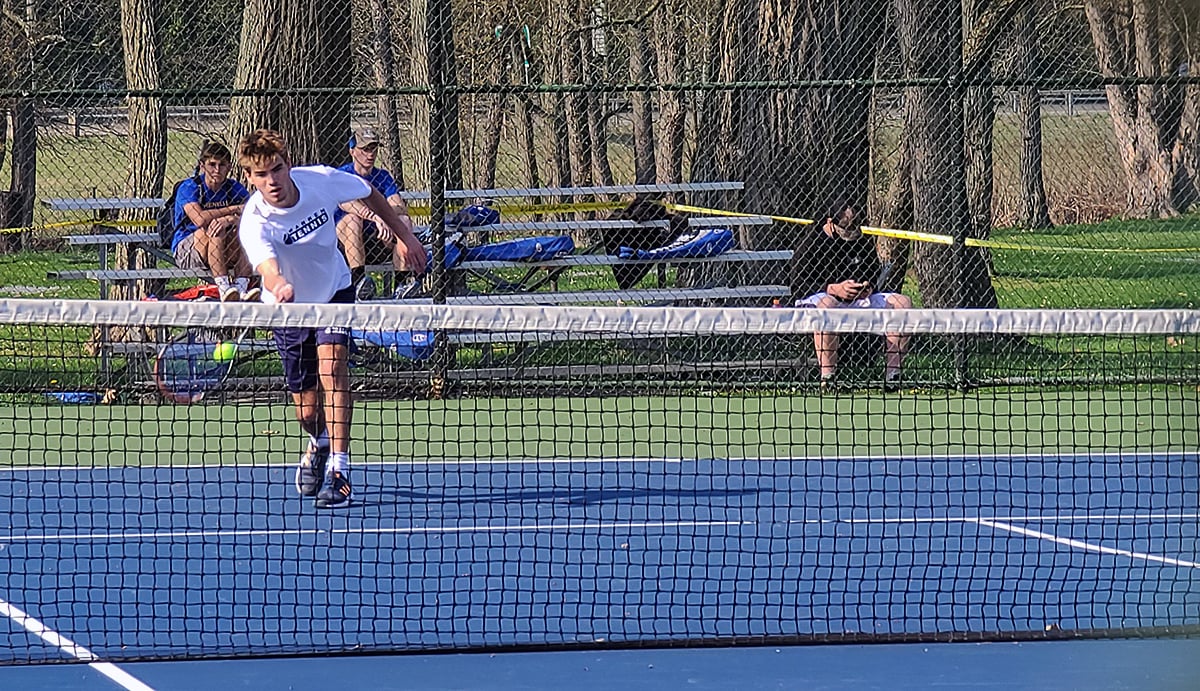 As has been true for the bulk of the early season, the Dragons were dominant in singles play while the doubles teams earned hard-fought victories over the Dutch.

Logan Fincher was a 6-2, 6-2 winner over Dylan Aiello at first singles, and Wes Kiehl picked up a 6-0, 6-1 victory over Jon Chamberlain at second singles. At third singles, Luke Smelko earned a 6-2, 6-1 win over Nate Eckert, while Mark Lynds was a 6-3, 6-1 winner over Liam Brem at fourth singles.

Max Harrison and Ian Darling topped the tandem of Aiello and Chamberlain, 8-5, at first doubles. At second doubles, it was Derek Hahn and Owen Strasburg who earned a hard-fought 8-6 win over Eckert and Carter Dush. Will Strausburg and Seth Comarro closed out the sweep with an 8-1 win against Dominic Aiello and Sean Radkowski at third doubles.

The District 10 versus District 9 match was played under D9 rules since it was at St. Marys.