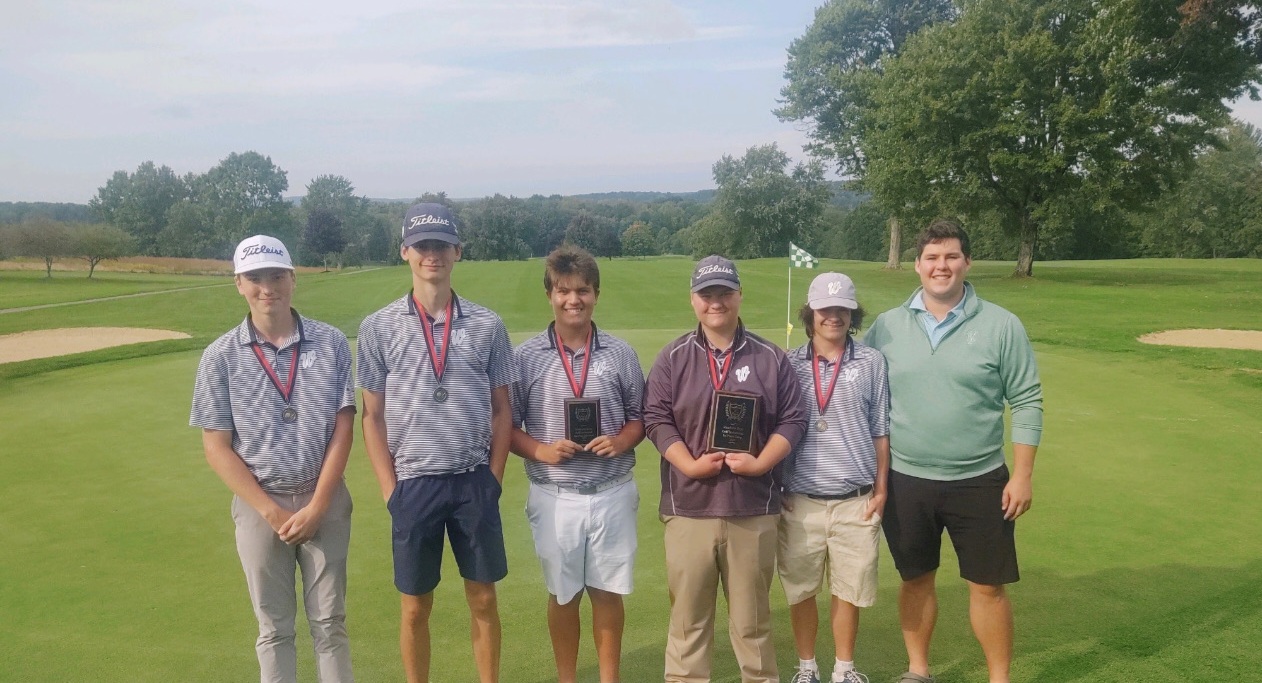 MEADVILLE, Pa. – With a team score of 328, Warren edged Grove City to win the team title at the Marquette Meadville Invitational at the Country Club of Meadville.

Also for Warren, Conner Zaffino shot an 86 and Brady Berdine a 91. Included in Damore’s round were three birdies.

FOXBURG, Pa – Emma Covert and Kendall Sankey each shot 46 to help Moniteau to a team score of 142 and a KSAC girls’ golf win.

The Warriors edged second-place Cranberry, which had a team score of 151.

For A-C Valley, Evie Bliss shot 49, while Paige Matthews carded a 57 for Keystone.

ERIE, Pa. – Cathedral Prep won two of three singles matches and both doubles matches in a 4-1 win over Mercyhurst Prep.

For the Ramblers, Annie Prichard was a 6-0, 6-1 winner over Vanessa Jarmolowicz at No. 1 singles, while CP’s Sophia Glance was a 6-1, 6-2 winner over Maggie Gallagher at No. 2 singles.

Mercyhurst picked up its lone win at No. 3 singles when Mari Clippinger earned a 6-0, 6-1 win over Maddie Huber.

In doubles action, the No. 1 team of Prep, Margaret Prichard, and Finleigh Handzel were 6-0, 6-0 winners over Quilan Cullen and Chloe DiFranco.

At No. 2 doubles, Prep’s Lilli Beuchert and Sofia Falvo were 6-0, 6-0 winners over Abigail Koca and Payton Arrowsmith.