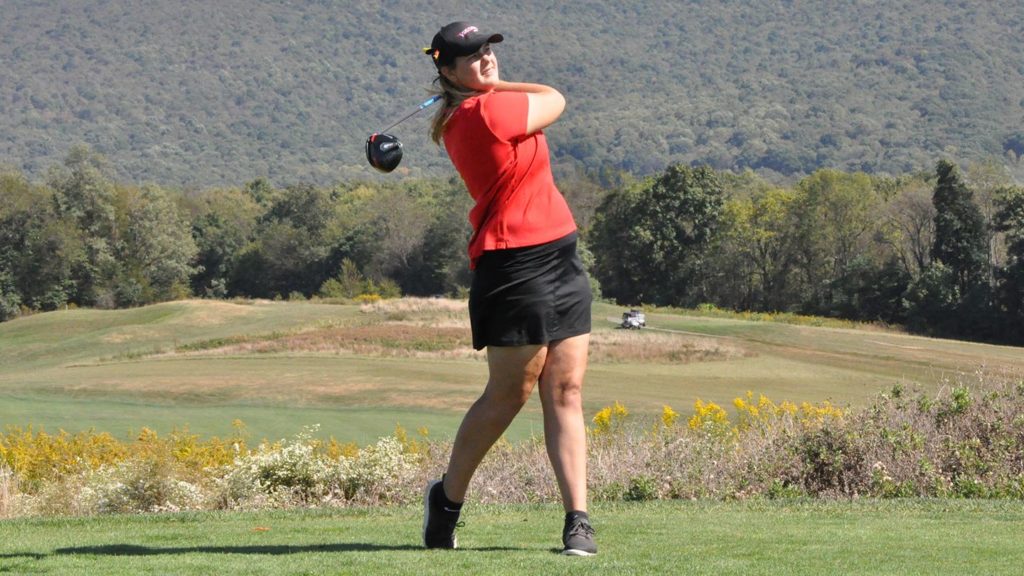 LOCK HAVEN, Pa. – Rachel Wilson saved her best performance of the season for last over the weekend with a second-place finish at the Eagle Invitational hosted by Ashland.

Wilson posted her best finish of the season and tied her career-best. During the two-round tournament, Wilson recorded 17 pars, two birdies, and one eagle. Wednesday, Wilson was named PSAC Golf Athlete of the Week.

A Warren Area High School alum, Wilson helped her current team at California University of Pennsylvania to a fourth place finish at the Eagle Invitational.

Wilson carded her best finish of the fall season by shooting a 17-over 163 (81-82) while in Ohio. She tied for third in the field with 17 pars and played three holes under par over the two rounds. Wilson played the back nine at a combined four-over after firing a birdie on the par-five 11th in the opening round before recording an eagle on the same hole on Sunday.

The Eagle Invitational was the final event for the fall as the PSAC Championships were moved to the spring season.

*Stats and results from the Eagle Invitational provided courtesy Cal U. Sports Information

Oct. 13, 2021 Volleyball Schedule
DuBois Grad Kaschalk Earns Player of the Week Honors for Penn State DuBois
This website or its third-party tools process personal data.In case of sale of your personal information, you may opt out by using the link Do not sell my personal information.
×
Manage consent