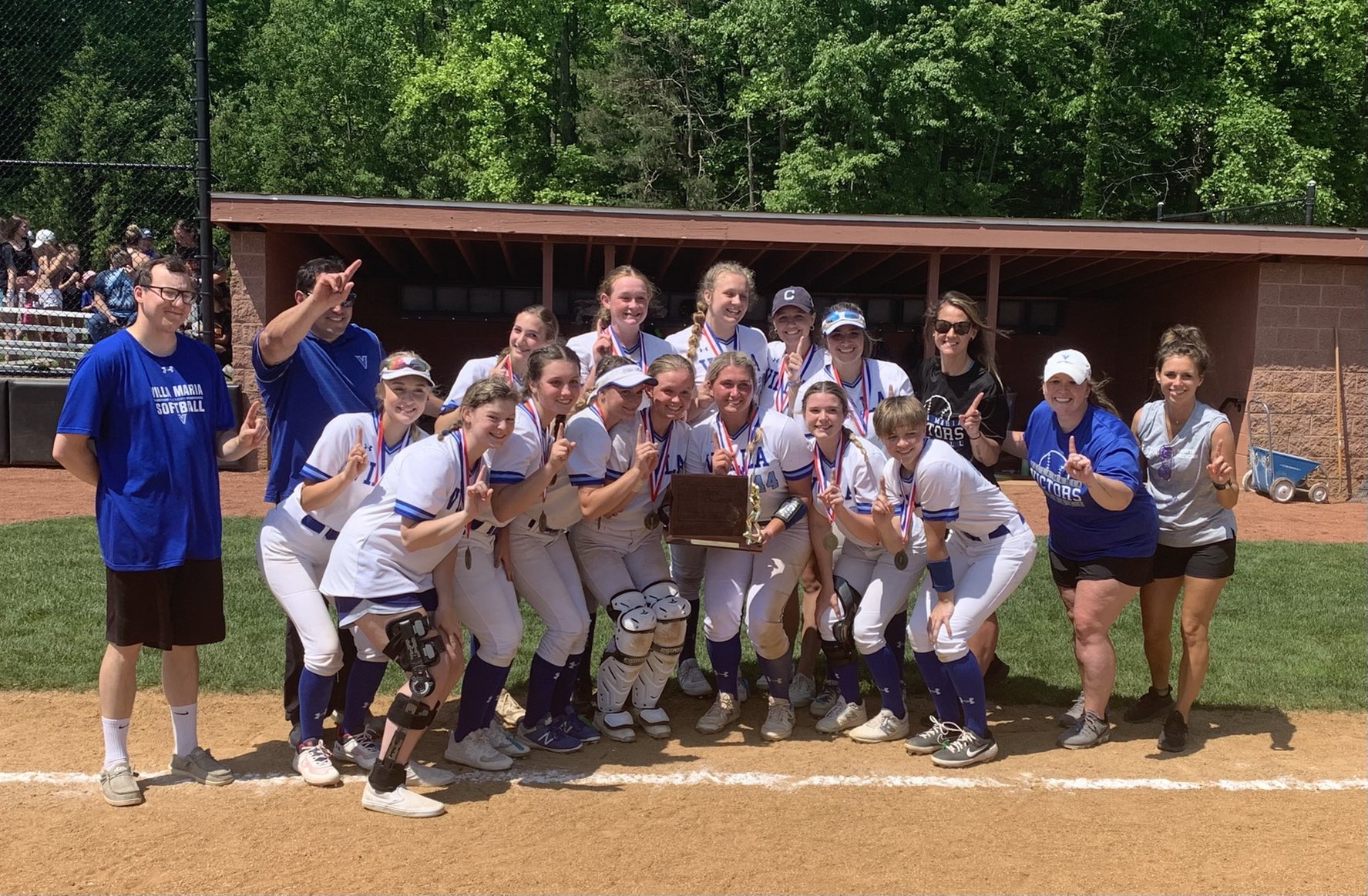 ERIE, Pa. – Villa Maria held off a late Franklin rally for a 5-3 victory in the District 10 Class 4A championship game on Monday at Penn State Behrend.

The win marks the first D10 title for the Victors since 2008.

The Victors scored two runs in the first, as an error on Molly Simmerman’s ground ball allowed the first run to come in, and a bases-loaded walk drawn by Emily Dudenhoeffer brought in the second run.

Simmerman led off the top of the third with a triple and scored on Jenna Wagner’s fielder’s choice to make it 3-0.

Gabriella Wimer’s groundout brought in Trinity Edge (who singled) to get Franklin on the board in the top of the fourth, but Villa got the run right back on Wagner’s RBI single in the bottom of the inning.

Villa added an insurance run in the top of the fifth on Haley Dever’s RBI single to make it 5-1.

The Franklin rally started in the seventh when Autumn Fitzgerald drew a leadoff walk. Syndi Hoobler followed with an RBI triple and Gabriella Laderer an RBI single, and suddenly the Knights were in business, trailing just 5-3 with no outs.

Wagner was able to settle down, however, retiring the next three hitters in order on a flyout, ground out and line out to secure the championship for the Victors.

Wagner scattered eight hits over seven innings in getting the win while striking out five and walking one. Two of her three runs were earned. She was also the only Villa player with multiple hits and RBIs.

Hoobler and Edge had three hits each for the Lady Knights.

Villa will play the No. 3 team from the WPIAL, the winner of the Burrell vs. Montour game (that game is Tuesday), while Franklin will take on D9 champion Clearfield in the first round of the PIAA playoffs, both on Monday (June 6).