Villa Set to Meet Archbishop Wood For Class 4A Crown 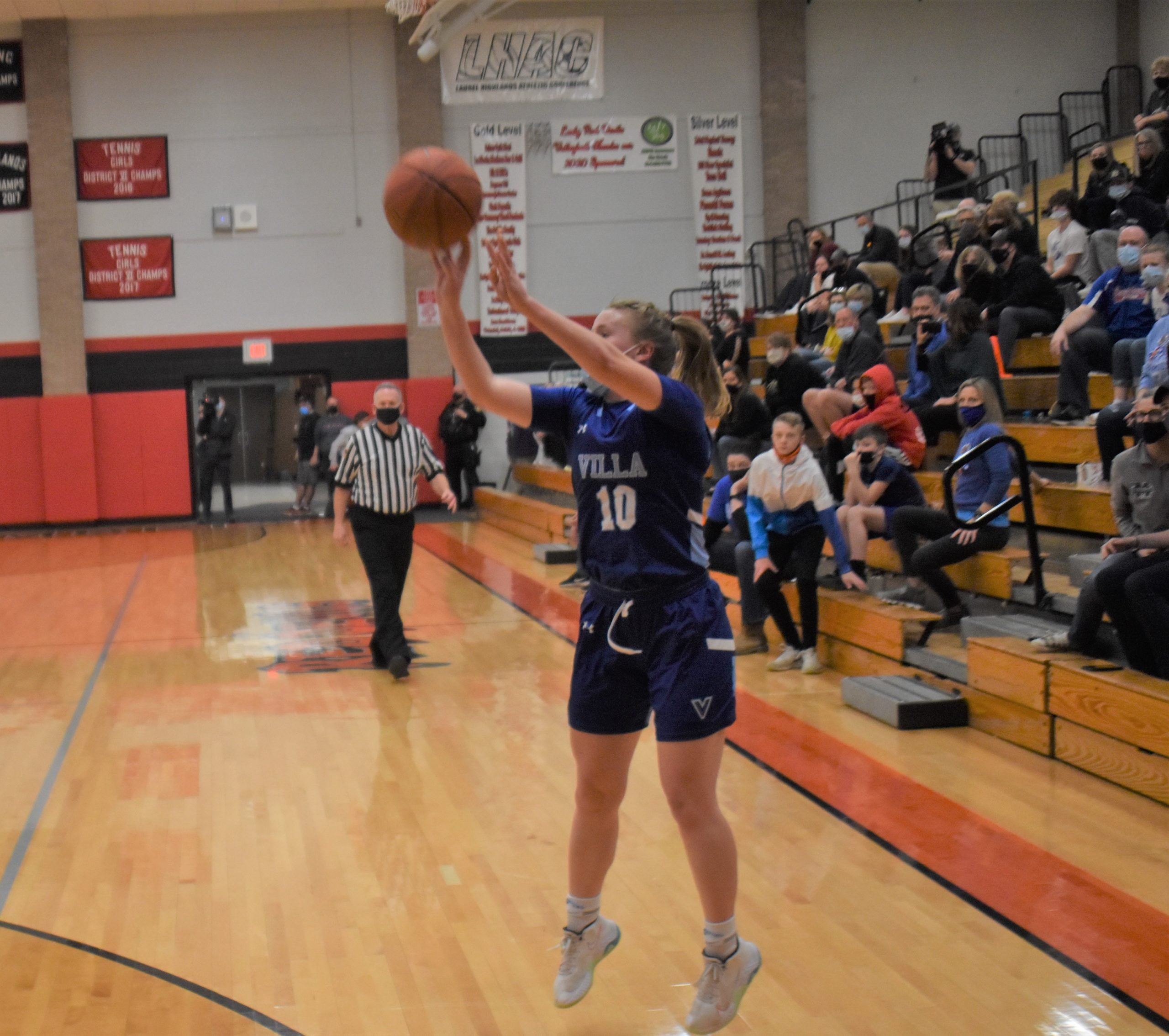 The Villa Maria Victors basketball program is back in familiar territory – in Hershey for the PIAA championships.

The unbeaten Victors are set to clash with fellow powerhouse Archbishop Wood for the Class 4A championship at noon at Hershey’s Giant Center.

The Victors (20-0) dominated District 10 competition this season, and have shown that they can rise to the occasion in pressure situations in the PIAA playoffs.

A free throw from freshman Jayden McBride gave them a 29-28 win over WPIAL champion Beaver in the quarterfinals, before the game against Delone Catholic.

They led from start to finish in that game, but the Squires pushed them, and Villa responded.

Ava Waid and Carissa Dunham were brilliant down the stretch, Majewski had the hot hand early and McBride played another great all-around game.

Like they have all season, the Victors got a balanced offensive effort in the win over DC, with Waid leading the way with 10 points and Majewski, McBride and Dunham finishing with nine each.

They will be taking on an Archbishop Wood (16-2) team that owns wins over Gwynedd Mercy (60-38 in the quarterfinals) and Scranton Prep (56-39) to get to the state title game.

In the semifinal win, Dana Kiefer led the way with 14 points, while Ryanne Allen added 12 and Katilyn Orihel 11.

Kiefer is headed to Bryant next season and Orihel to Villanova.

Wood has won five state championships, the most recent coming in back-to-back fashion in 2016 and 2017.

Villa, meanwhile, has three state championships to its credit, winning all three in a row from 2009-2011. They most recently appeared in a PIAA championship game in 2017.

In fact, this isn’t the first time the two teams have met in the state finals, with Wood earning a 46-29 over Villa in 2016.

“They’re one of the best teams in the state of Pennsylvania and quite frankly are a nationally ranked team,” Chuzie said after the win over Delone Catholic. “We’re very excited.”

Cinderella Story Complete for Prep as Ramblers go from No. 2 Seed in D10 to PIAA Class 5A Champs
Already History-Makers, Brookville Basketball Looks to Capture PIAA Class 3A Championship Powered by Kelly Chrysler Jeep Dodge Ram
We use cookies on our website to give you the most relevant experience by remembering your preferences and repeat visits. By clicking “Accept All”, you consent to the use of ALL the cookies. However, you may visit "Cookie Settings" to provide a controlled consent.
Cookie SettingsAccept All
Manage consent