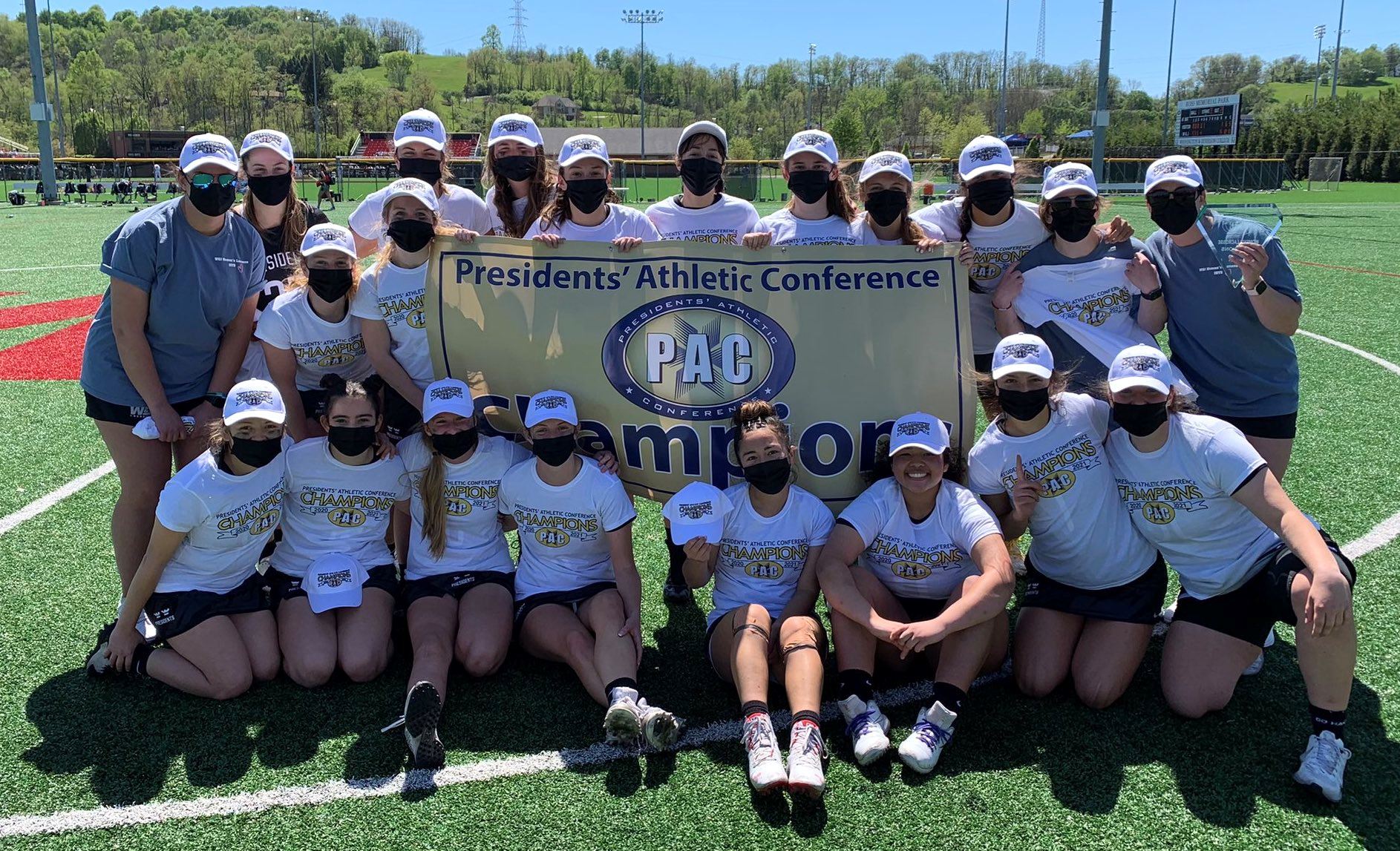 The victory completes a perfect 10-0 run for W&J against Presidents’ Athletic Conference competition in 2021. Thiel finishes its season with a 7-3 record.

W&J ripped off the first nine goals of the match and left no doubt in claiming its first PAC title in school history. The Presidents previously claimed conference titles as a member of the Ohio River Lacrosse Conference in 2016 and 2017.

Becca Ghion (Sutersville, Pa./Yough) found the back of the net, scoring off an assist from Sadie Firman (Richmond, Vt./Mount Mansfield Union) just 27 seconds into the match.

Sarah Labovitz (Great Falls, Va./The Bullis School) and Aisa Uhler (East Lansing, Mich./East Lansing) combined to account for four of the next five goals, as the Presidents built a 6-0 advantage less than eight minutes into the match. Effland, Firman and Clara Sherwood (Indiana, Pa./Indiana) followed with consecutive scores to bolster the W&J lead to 9-0 at the 11:19 mark.

A goal by Destiny Johnson with 9:25 to play in the half broke the scoring run for W&J. However, the Presidents tallied four more first half goals to take a 13-1 advantage into halftime. Effland played a factor in each of the final four first-half goals, as the sophomore tallied three straight assists before scoring herself at the 2:25 mark of the first half.

Five different Presidents accounted for the five second-half goals. W&J outscored Thiel by a 5-2 margin over the final 30 minutes, which were quickened by a running clock due to the 10+ goal lead.

The Presidents will face Skyline Conference Champion Farmingdale State in the second round of the NCAA Division III Women’s Lacrosse Championship on Saturday, May 8. The match, which will start at 4:30 p.m., will be hosted by Washington & Lee University in Lexington, Va.

Back in the Game: After Lost 2020 Minor League Season, D9/10 Alums Set for 2021
Orioles Promote Former Harbor Creek Standout Mattson to Big Leagues
We use cookies on our website to give you the most relevant experience by remembering your preferences and repeat visits. By clicking “Accept All”, you consent to the use of ALL the cookies. However, you may visit "Cookie Settings" to provide a controlled consent.
Cookie SettingsAccept All
Manage consent