Villa Girls Outlast Beaver in Overtime in Class 4A; Coudy Drops Heartbreaker to Bishop Guilfoyle in Class 1A 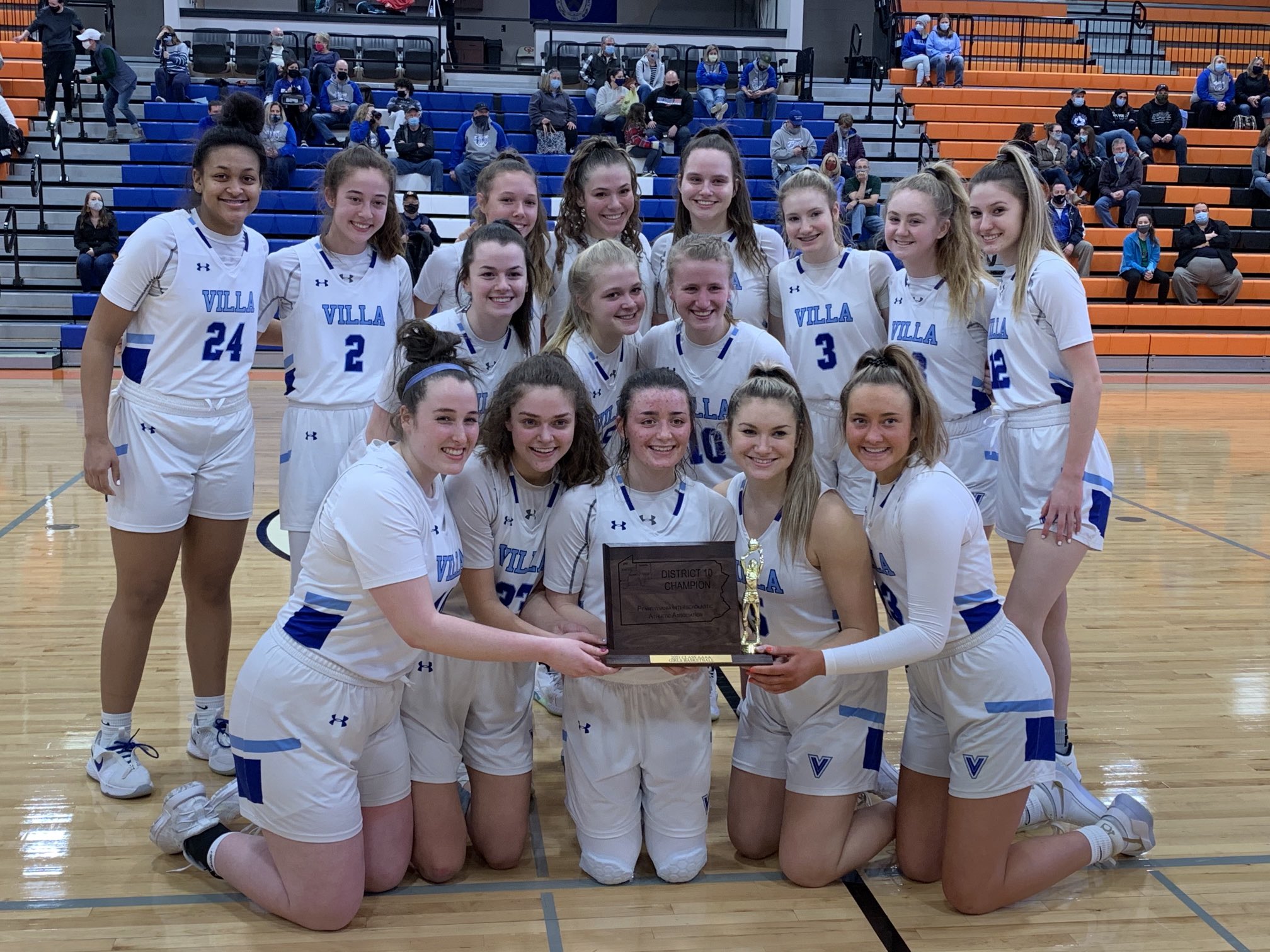 BEAVER, Pa. – It was a battle of defensive heavyweight in Saturday’s PIAA Class 4A quarterfinal game between Villa and Beaver

And the clash of unbeatens lived up to the billing.

The Victors outlasted the Bobcats 29-28 in overtime to advance to the PIAA semifinals.

Freshman Jayden McBride knocked down a free throw with 14.7 seconds left in overtime, the only point in the extra session after Beaver forced OT with a bucket late in regulation.

Navy recruit Emma Pavelek had 10 points for Beaver (20-1), as did Payton List.

With the win, Villa advances to play Delone Catholic, a 58-48 winner over Tyrone, in the semifinals.

COUDERSPORT, Pa. – Bishop Guilfoyle held off a strong fourth-quarter rally from Coudersport to end the Lady Falcons season with a 48-47 victory in the PIAA Class 1A quarterfinals at Coudersport High School.

The Lady Marauders led by six, 42-36, going to the fourth quarter and still held a five-point lead, 44-39, following a basket from Leah Homan.

BG, the District 6 champ, then turned the ball over, but Emma Chambers missed a 3-pointer that would have give Coudy the lead.

Homan made it 46-42 with another basket with just under four minutes left before an old-school 3-point play from Rosalyn Page cut the deficit to one, 46-45.

The Lady Falcons then got the ball back, and Frame was fouled with 3:13 to play.

Sarah Chambers then tried a reverse layup that was sho, and Danielle Scipioni scored to make it 48-45.

It was Sarah Chambers answering back for the Lady Falcons to make it 48-47.

Emma Chambers then came up with a steal with 2:03 to play, but Scipioni took the ball away from Frame.

With only two team fouls, it took Coudersport until there was just 6.7 seconds left to send the Lady Marauders to the free-throw line.

Homan missed the free throw, and Sarah Chambers brought the ball up court as time wound down.

But Chambers had the ball knocked away by Homan. Frame got the ball, but her desperation 3-pointer was short of the mark.

Homan led all scorers with 22 points for BG, which will play Rochester in the semifinals Tuesday, while Teresa Haigh added 18 points.

Sarah Chambers had 17 for Coudersport with Frame adding 11.

ROCHESTER, Pa. – Rochester outscored Kennedy Catholic by 10 in the third quarter en route to a 61-48 win over the previously unbeaten Golden Eagles in the PIAA quarterfinals

Kennedy Catholic (19-1), which trailed by three, 26-23 at halftime, was paced by Bellah DiNardo, who finished with 17 points and Paris Gilmore, who had 13.

Rochester will meet Bishop Guilfoyle in the PIAA semifinals.

Franklin Falls in Slugfest to Bishop Guilfoyle in Class 3A Quarterfinals
Mining for Gold: Brookville Boys One Step from State Championship Game