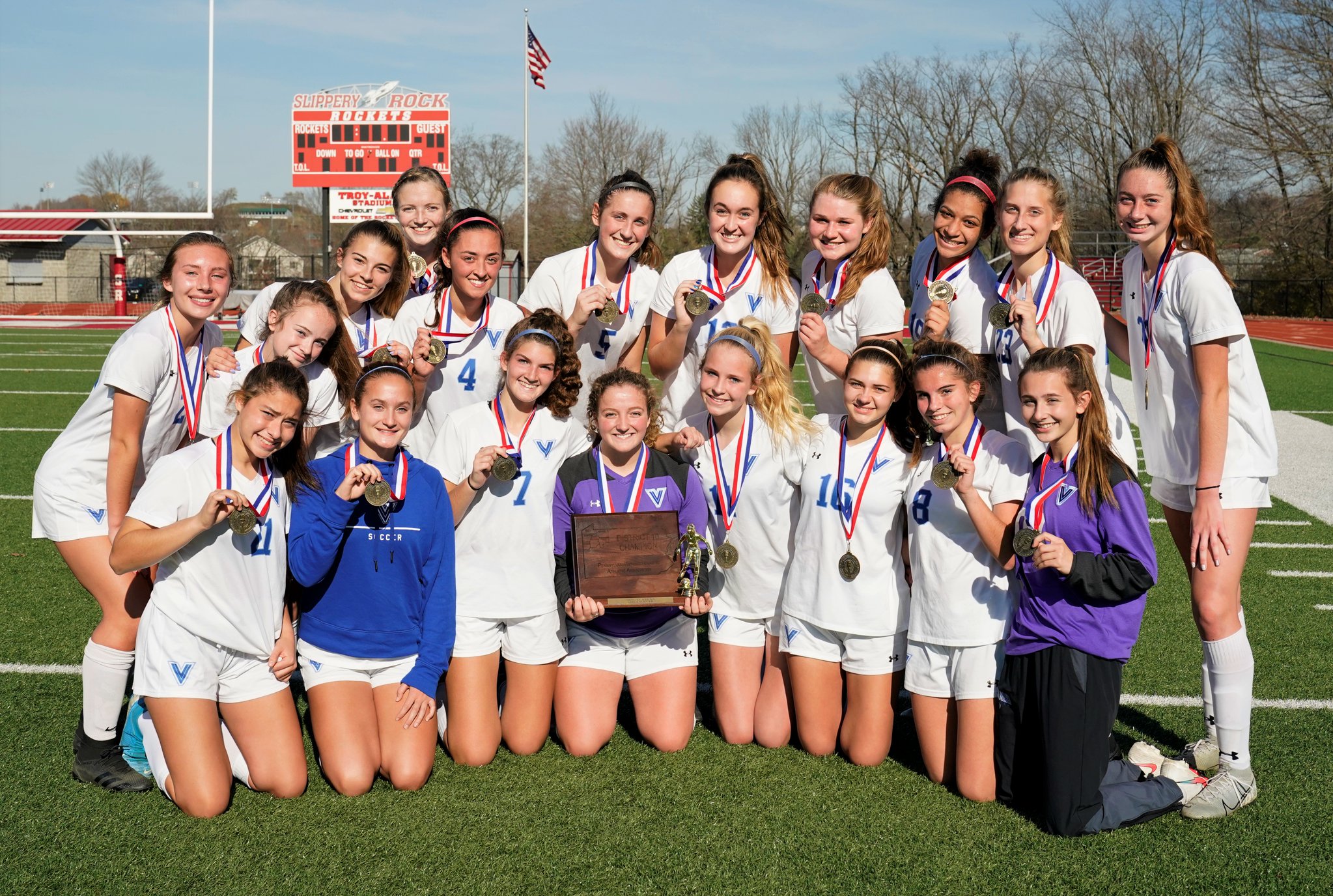 SLIPPERY ROCK, Pa. – Alexa Tojaga’s first-half goal proved to be all Villa Maria needed, as the Victors beat Slippery Rock 3-0 for the District 10 Class 2A title.

The win gave Villa its sixth District 10 title in the last seven years.

Moira Thunell and Callie Cacchione scored goals in the second half for the Victors.

Taylor DeLuca got the shutout in goal.

The Victors move on to play a to be determined opponent in the PIAA quarterfinals on Saturday.

The District 5 and District 6 champions play in a sub-regional on Tuesday, with the winner to play Villa on Saturday.

SAEGERTOWN, Pa. – Cambridge Springs jumped out to a 2-0 lead in the first half en route to the District 10 Class 1A girls soccer title on Saturday, beating Seneca 3-1.

Nola Zook got the Blue Devils on the board in the first half and assisted on teammate Aly Reyes’ goal to make it 2-0.

Seneca responded with a Kendall Joint goal late in the first half to get within 2-1.

Cambridge Springs’ Kylie Beck scored an insurance goal near the midway point of the second half.

Cambridge Springs improves to 13-4-1 and will meet District 9 champion Redbank Valley on Saturday, Nov. 14 in the PIAA quarterfinals.

ERIE, Pa. – Abby Faulhaber’s goal in the second minute of the game proved to be all the McDowell girls’ soccer team needed in a 1-0 win over Altoona in a PIAA Class 4A subregional game Saturday.

Alayna Wicker had the assist.

Nicole Lichtinger earned the shutout in net for the Trojans.

ERIE, Pa. – It turns out 110 minutes wasn’t enough to decide the PIAA Class 4A sub-regional between McDowell and State College.

The teams went to a shootout, where State College won, 4-2.