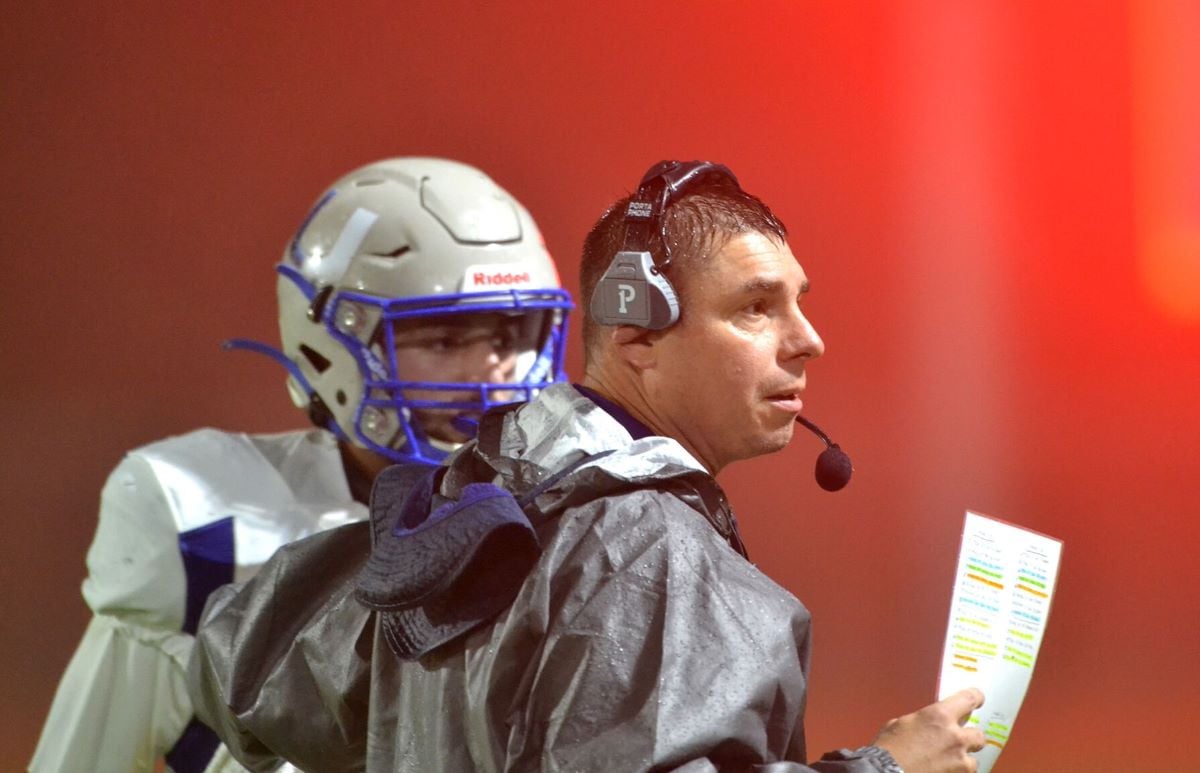 CLARION, Pa. – Kim Niedbala is back where it all started.

A former All-American at safety for Clarion University (now Penn West Clarion) in 1996, helping lead the Golden Eagles to an 11-3 record and the Division II semifinals, Niedbala was inducted into the Clarion University Sports Hall of Fame in 2014.

In his first season at the helm of Union (New Castle), he helped guide the Scotties to their second WPIAL title (the other was in 1959 when they shared it with Avonworth).

Now, his team will square off with District 9 champion Port Allegany in the PIAA Class 1A semifinals at the same place where he use to star – Clarion’s Memorial Stadium (Friday, 7 p.m.).

“That was a great journey, a great run,” Niedbala said of the 1996 Clarion team. “We had a bunch of seniors on that team, and I just remember it being a really special senior season. It will be neat to be back.”

In his senior season in 1996, Niedbala recorded 166 tackles (106 solo) as a team captain along with 20 pass breakups and a pair of interceptions.

“That was really special, to be able to do it with the guys that I came in with,” Niedbala said.

He also indicated that coaching was always likely to be a part of his future, so he tried to take in all he could while playing for the Golden Eagles.

“When I went to Clarion, I kind of soaked it all in from all my coaches,” Niedbala said. “It was something I thoroughly enjoyed. I loved being around the office and watching film. That really kind of started my coaching career.”

His father, Rich Niedbala, coached 31 seasons at Western Beaver, guiding them to three WPIAL titles, and in this case, the apple didn’t fall far from the tree.

“He did his thing, and I was with him since I was small,” Niedbala said. “With that being said, I kind of learned a lot from him. This being my first head job, it’s kind of a surreal moment.”

Rich Niedbala passed on July 8 of this year at the age of 80, so this moment has been bittersweet for Kim.

“He didn’t get to see me be a head coach, but we talked every day up until this passing,” Niedbala said. “We talk in our own ways.”

And there were many lessons that he has taken from his father.

“The biggest thing is just the preparation,” Niedbala said. “There was a time when they (Western Beaver) were really good, and there were times they were bad. They’re a small school just like us. Some of his best coaching times were trying to get through those 2-8, and 3-7 seasons. Just the way he handled the winning and the losing is what I remember.”

His Union players have won championships in other sports, and this season it translated to the football field as well.

“This team is kind of unique,” Niedbala said. “We only have 26 kids on the team. And that’s all we’ll ever have. This group of seniors played for a district basketball championship and lost and won the last two (WPIAL) baseball championships. They knew how to win, it just so happens that this year it’s in football.”

Now, Niedbala’s in a position to possibly win a PIAA title in his first year as a head coach.

“At the end of the day, kids are kids,” Niedbala said. “They’re going to take out what you put into it. Could I envision this (at the start of the season)? Probably not. I knew we had a few players. They’ve bought into what we’ve done and it’s taken us a while to get going. But you know what? Why not us?”

JB Graphics Fan Pic(k) of the Week – You Pick the Winner in Week 15 2022
2022 District 9 and District 10 Week 15 Football Predictions
This website or its third-party tools process personal data.In case of sale of your personal information, you may opt out by using the link Do not sell my personal information.
×
Manage consent