Traveling with the D9and10Sports Gang: Y’all Have a Good Time in Florence, Kentucky 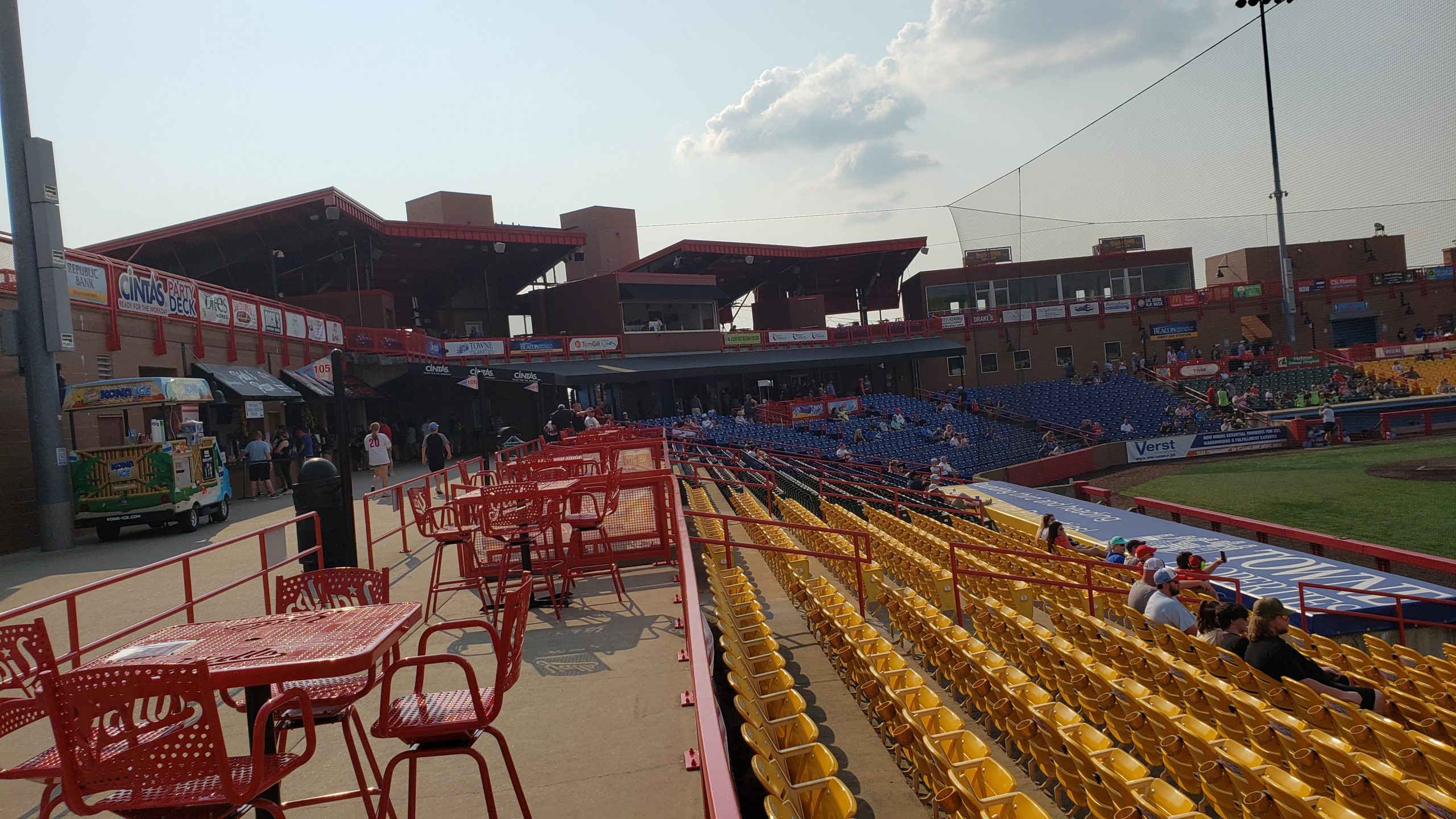 FLORENCE, Ky. – A day of travel ended in a baseball game in Florence, Ky. (just southwest of Cincinnati) where the team is the Y’Alls and the mascot is a water tower – yes you read that right, a water tower.

The game featured the Y’Alls vs. the Lake Erie Crushers – a team just on the western side of Cleveland, an easy drive for most in our area, with a logo rather similar to the old Jamestown Jammers logo.

You probably haven’t heard of many, if any, of the players – the most recognizable name was probably Shawn Dunston, Jr., the son of former MLBer Shawn Dunston, Sr., who played mainly for the Chicago Cubs but also had brief stints with the Pirates and Indians.

And of course there were the in-between innings activities like a water balloon home run derby (people got wet), a closest to the pin competition featuring a fan vs. a Y’All player (no Crusher was crushed), and a 6 extra-large underwear race.

Perhaps the awesome part was it was $2 Tuesdays so we got a seat in the front row right behind the plate for pennies (pop/soda, popcorn, hot dogs and ice cream were also just $2).

Our seats. We were closer than the pitcher’s mound.

The game itself featured a lot of runs (15), some bickering between the Y’Alls and the home plate umpire – he wasn’t all that great – and the baseball gods coming up big for the home team.

With the game tied at six in the bottom of the eighth and a runner on third the first base umpire called a balk to give Florence the lead. But the home plate ump – remember him – overruled the balk. Yet the batter, what’s his name?, blooped a ball into right that had eyes to give the Y’Alls the lead in what was a 9-6 win.

But, again, the game was secondary to the other things including a sponsorship for almost everything.

That included each Y’All batter, the strikeouts (a local plumbing company flushed the batter down the pipe) and even the airplanes flying into the nearby international airport.

Perhaps the only negative was the trip across four states to get there taking just under five hours starting from Washington, Pa. where we stayed the night.

You leave Pennsylvania and go into West Virginia before eventually reaching Ohio. This is a rather mountainous drive.

A long trip through Ohio.

Finally, you cross into Kentucky (Florence is about 15 miles south of Cincinnati.

Crossing the boarder to Kentucky.

We ate at a Frisch’s Big Boy – like everywhere else they had staffing problems – and then went to the ballpark.

For an independent league facility, it was pretty nice. Would rather there have been grass instead of all turf but otherwise a nice park.

The Kids Zone at the Y’alls Stadium.

The press box was unique in its almost open-air style.

I’ve been to nearly 100 minor league parks and this one was definitely in the top half.

We end today by saying y’all come back now tomorrow when we take you to the National Museum of the U.S. Air Force and the Dayton Dragons game with perhaps some other surprises along the way.

Traveling with the D9and10Sports Gang: The Guys Tackle Pittsburgh
Traveling with the D9and10sports Gang: A Fire-Breathing Great Time in Dayton
We use cookies on our website to give you the most relevant experience by remembering your preferences and repeat visits. By clicking “Accept All”, you consent to the use of ALL the cookies. However, you may visit "Cookie Settings" to provide a controlled consent.
Cookie SettingsAccept All
Manage consent