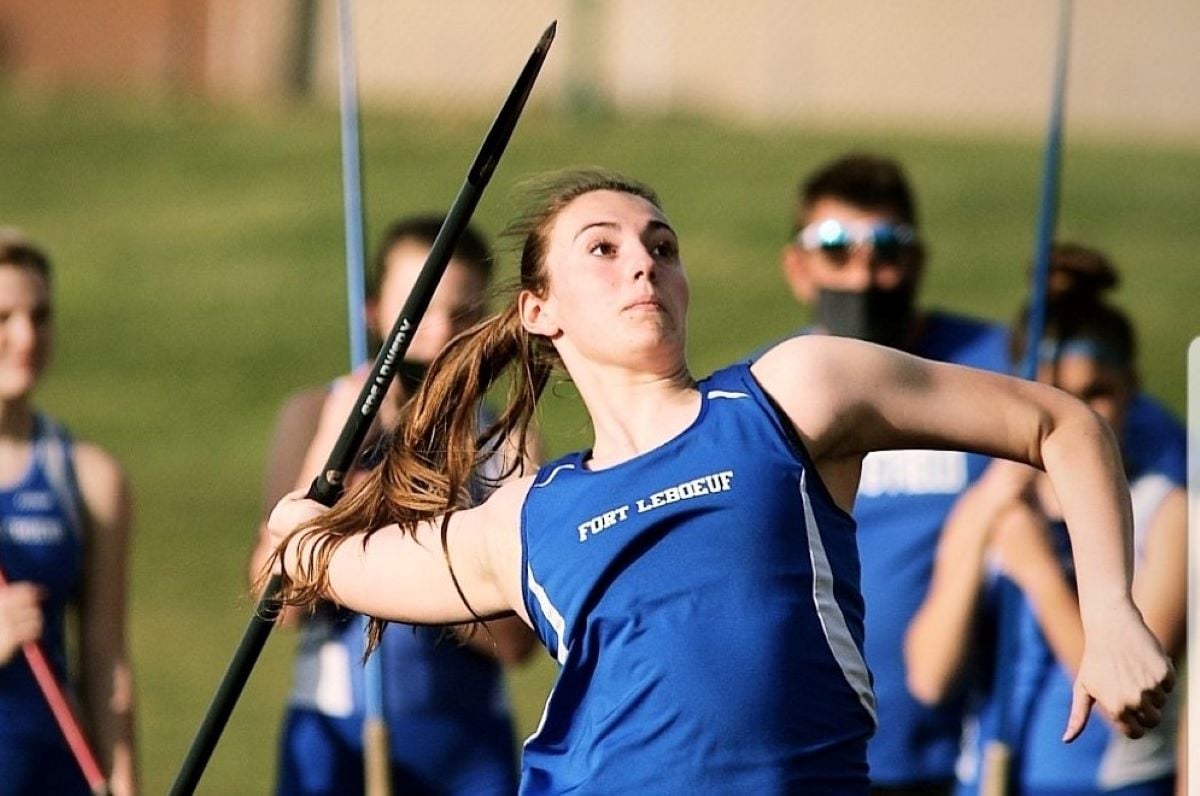 SHIPPENSBURG, Pa. – Five athletes from District 9 and District 10 were good as gold at the PIAA track and field championships.

They were joined by Redbank Valley’s Mylee Harmon on Day 2 of the championships, as the freshman won the 400-meter dash.

Smith cleared 6-5 in the high jump as District 9 and 10 athletes took gold and silver, as Seneca’s Vincent Rupp cleared 6-4 to take second.

In the girls’ long jump, Blauser proved why she was the top seed, leaping 18-6 ¾. That was enough to edge Minersville’s Devin Hubler, who went 18-4 ¾.

This was the first season of the Union/A-C Valley co-op in track and field.

Friedman, meanwhile, came in as the favorite and delivered. Her winning throw measured 142-9. Again District 10 and District 9 went 1-2, as Union/A-C Valley’s Evelyn Bliss, who came into the finals seeded ninth out of nine, uncorked a throw of 140-11.

Bertolasio, meanwhile, had quite the journey. After competing for Hickory in their District 10 Class 3A baseball semifinal game against Franklin at Slippery Rock University on the day before, he arrived at Shippensburg late the night before the competition

He had a leap of 23-11, which was good enough to win by over a foot. Justice Shoats of Holy Redeemer was second at 22-9.

Harmon, meanwhile, won in a race that came right down to the wire, as she beat Montoursville Lily Saul (57.31) and another freshman, Laurel’s Tori Atkins (57.41).