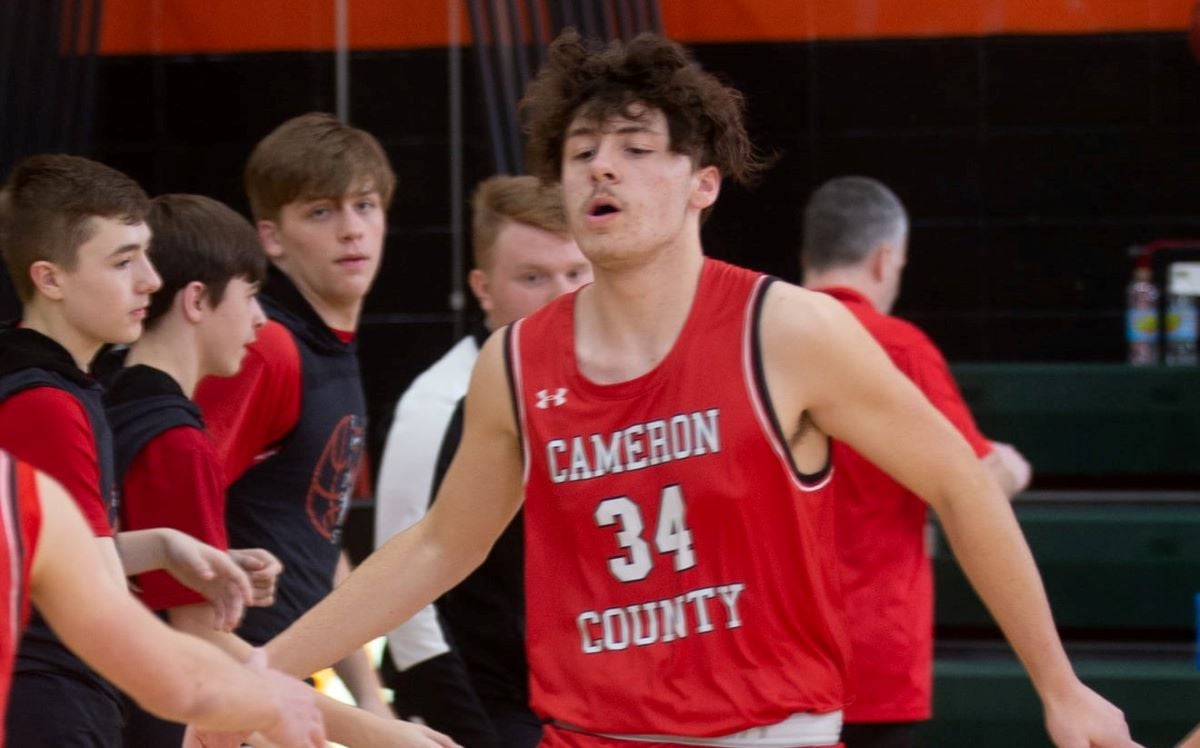 EMPORIUM, Pa. – Cameron County’s Hayden Brown on Jan. 23 against Galeton, scoring what is believed to be a District 9 single-game record 60 points in an 85-41 victory.

Brown had 23 points at halftime and scored 23 in the third quarter to put him at 46 after scoring 16 points in the first quarter and seven in the second quarter. He scored 14 points in the fourth quarter to get the record.

The Red Raiders went on a 29-12 run in the third quarter, breaking open what was an 11-point lead at halftime.

Included in the 60 was six three-pointers and a 14-of-14 effort from the free-throw line.

“I was honestly shocked,” Brown said. “A good friend of mine came over and told our coach as we were shooting free throws that I was at 56, and I had the potential to get the (school record). I thought to myself, that is honestly crazy.”

The 60 points topped the previous Cameron County record set by Shane Goss, who scored 56 points in 1999.