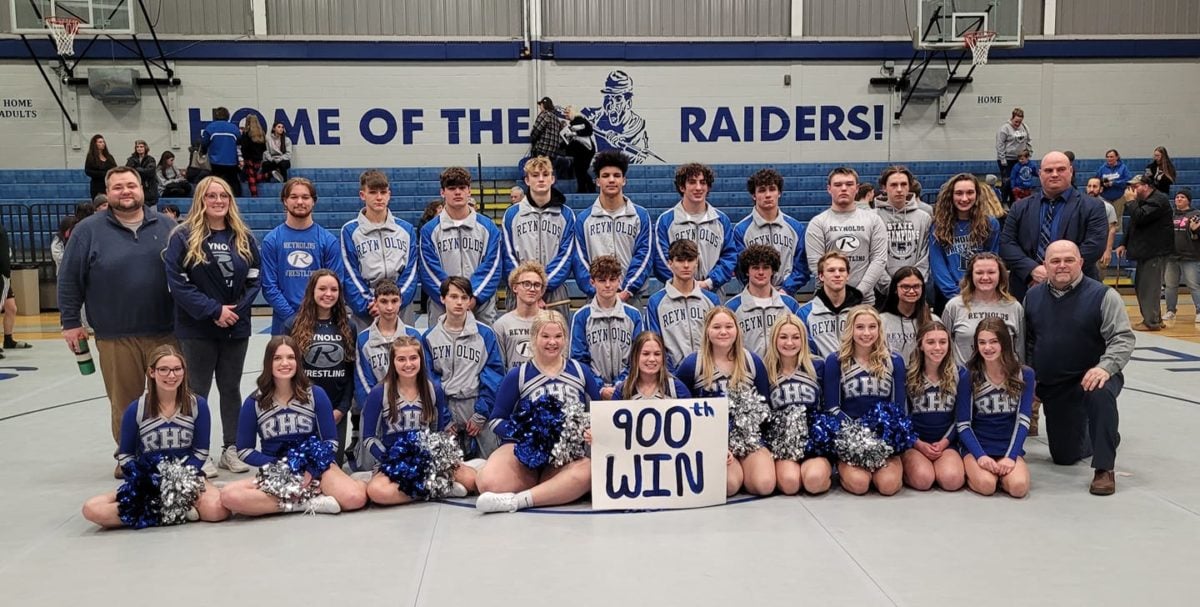 TRANSFER, Pa. – The Reynolds wrestling program is the gold standard and in the 2021-22 season, they made some history with their historic 900th win.

It was also a bittersweet season, as their streak of nine consecutive District 10 Class 2A team titles came to an end with a quarterfinal loss to Saegertown. Hickory knocked off Fort LeBoeuf to claim the D10 crown.

In their 900th win, Reynolds staged a big comeback against Commodore Perry, winning 40-30. The Raiders trailed 30-6 after a pin by Commodore Perry’s Wyatt Lazar at 138, but that’s when things changed, starting with a forfeit win for Reynolds to make it 30-12.

Kane Kettering got the ball rolling with a pin at 152, followed by a major decision by Cam Klenke at 160 that got the Raiders within 30-22.

Mitchell Mason put the finishing touches on the milestone win with a pin at 285. Chase Bell also had a pin for the Raiders at 120.

At districts, Hickory beat LeBoeuf 44-27 for the title. Hickory got pins from Dylan O’Brien, Timmy Krivosh, Cody Miller, Connor Saylor, and Ty Holland, as well as a tech fall from Louie Gill.

Corry earned the final bid from D10 into the state tournament, notching a 37-28 win over Saegertown in the third-place match.