Top 25 Countdown No. 22: Union City, Punxsutawney, DCC Softball Take us on a Ride 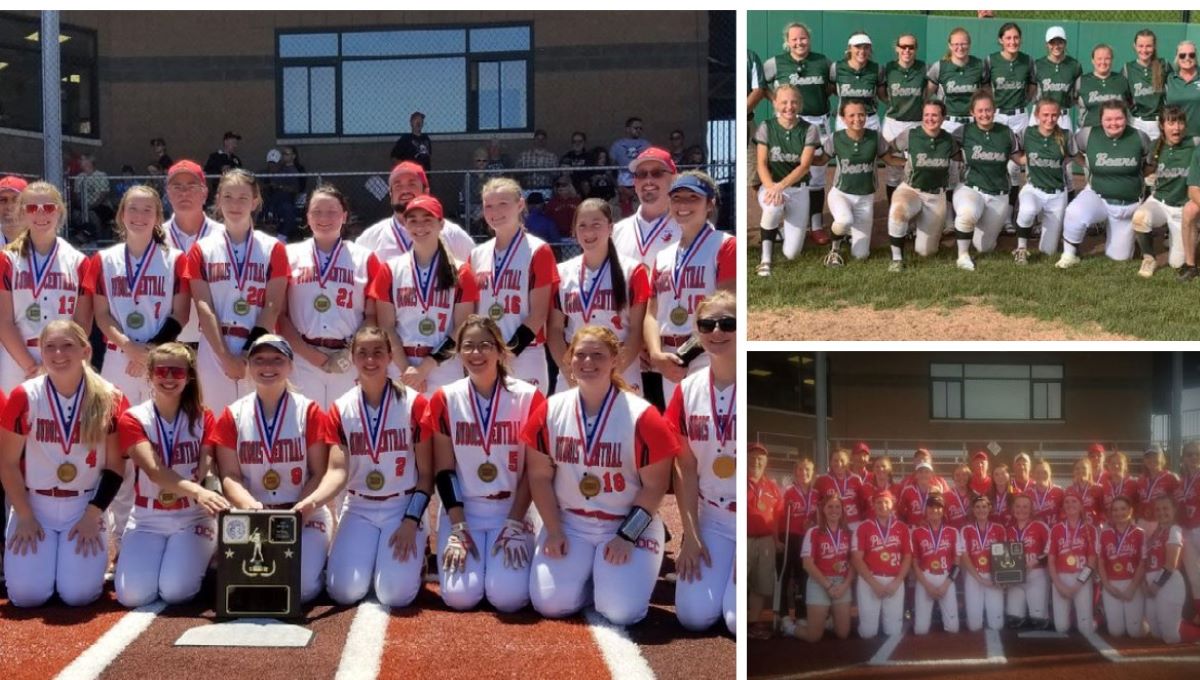 No. 22: DCC, Punxsutawney, Union City Softball Take us for a Wild Ride

The final sport to conclude the 2020-21 school year was another one that took us all on a wild ride.

The softball programs from DuBois Central Catholic, Punxsutawney, and Union City made their communities and schools proud by advancing to the PIAA semifinals.

Although the 2021 DCC version was a young team that only had a handful of returning starters, it was probably an expected run since the last time the Lady Cardinals were on the field in 2019 they went to the PIAA championship game in Class 1A. But DCC had to overcome injuries and deficits to get back to the final four.

While having a handful of seniors of were freshmen when the Lady Chucks won the 2018 PIAA Class 4A title, there wasn’t a ton of expectations entering the District 9 3A playoffs for Punxsutawney, which went into the two-team tournament under .500.

For Union City, it was more of facing recent history, as a District 10 softball team hadn’t gone to the PIAA semifinals since 2015.

All three teams had their fair share of excitement along the way.

DCC’s came in the District 9 semifinals against Clarion.

The top-seeded Lady Cards trailed the upstart Lady Cats, 6-3, going to the sixth inning. It looked like a run towards another state-title game appearance might possibly end before it began.

But then the hits started coming.

Eight straight in fact leading to a nine-run inning – the lead came on a 3-run home run by Shyanne Lundy – that gave DCC a 12-6 win.

From there, it got easier.

A 12-2, five-inning win over Clarion-Limestone gave DCC its fourth title in the last five seasons, and that was followed by a 14-9 slugfest win over Leechburg in the opening round of the PIAA playoffs.

Glendale was next, and the Lady Vikings were no match with DCC winning, 9-2, thanks to aggressive base running.

The run came to an end in the semifinals against a strong West Greene team, but DCC had gone to the PIAA semifinals for the fourth time in five seasons and for the second season in a row.

For Punxsutawney, the run started with an upset of top-seeded Karns City in the District 9 championship game, 5-1, thanks to a pair of home runs by freshman Ciara Toven.

The PIAA first round brought about a game few will forget anytime soon.

Against Ellwood City, Punxsutawney led 2-0 with two outs in the sixth when Ellwood City scored three times to take a 3-2 lead.

That looked like it would be the final score after the Lady Chucks saw their first two batters in the bottom of the seventh go down quietly.

But Kendal Johnston worked a two-out walk, and Toven tied the game with a double.

The contest went all the way to the 10th inning knotted at three.

In the 10th, the International tie-breaking rule came into play with a runner being placed on second base with no outs.

Ellwood City got its runner to third with one out, but Johnston worked out of the jam to preserve the tie.

Punxsutawney then loaded the bases in the bottom of the inning, and Lauren Rittenhouse scored the game-winning run on a groundout by Kaylee Guidce, getting a chance at shortstop because of an injury.

In the second round, Central Cambria was supposed to be too much.

But once again, Toven’s bat and Johnston’s arm proved to be the difference in a 6-4 win.

The run ended in the semifinals against a powerful Mt. Pleasant team that won a state title, but it was a run that will be remembered for a long time in groundhog land.

Union City did itself proud in an exciting fashion as well.

After being upset in the District 10 Class 2A title game by Sharpsville, 1-0, the Lady Bears, who hadn’t lost until that point, could have packed it in.

But that wasn’t their style.

In the opening round of the PIAA playoffs, Union City faced Moniteau.

And the story was Abby Tingley.

The Lady Bears hurler came within an out of a perfect game, as Union City took home a 9-0 win.

The quarterfinal game against Laurel was an instant classic.

One out away from going to the semifinals for the first time in school history, Addie Deal temporarily broke Union City’s heart tying the game with a solo home run over the right-field fence at Slippery Rock University.

When the game went to the 10th inning, the International tie-breaking rule came into play again.

The Lady Bears seemed to be in great shape when they scored three times in the top of the inning after two out to go ahead 6-3 with a tripel by Lucy Higley and a double by Jordyn Brozell being the big hits.

Laurel, though, almost ruined the celebration a second time scoring twice while putting the tying run at third base with two outs.

Tingley, though, wasn’t letting the opportunity to go to the semifinals slip away against striking out Eva Kuth to send Union City into celebration.

The magical run ended in the semifinals with a loss to Ligonier Valley, but it will be a season no one forgets in Union City for decades to come.