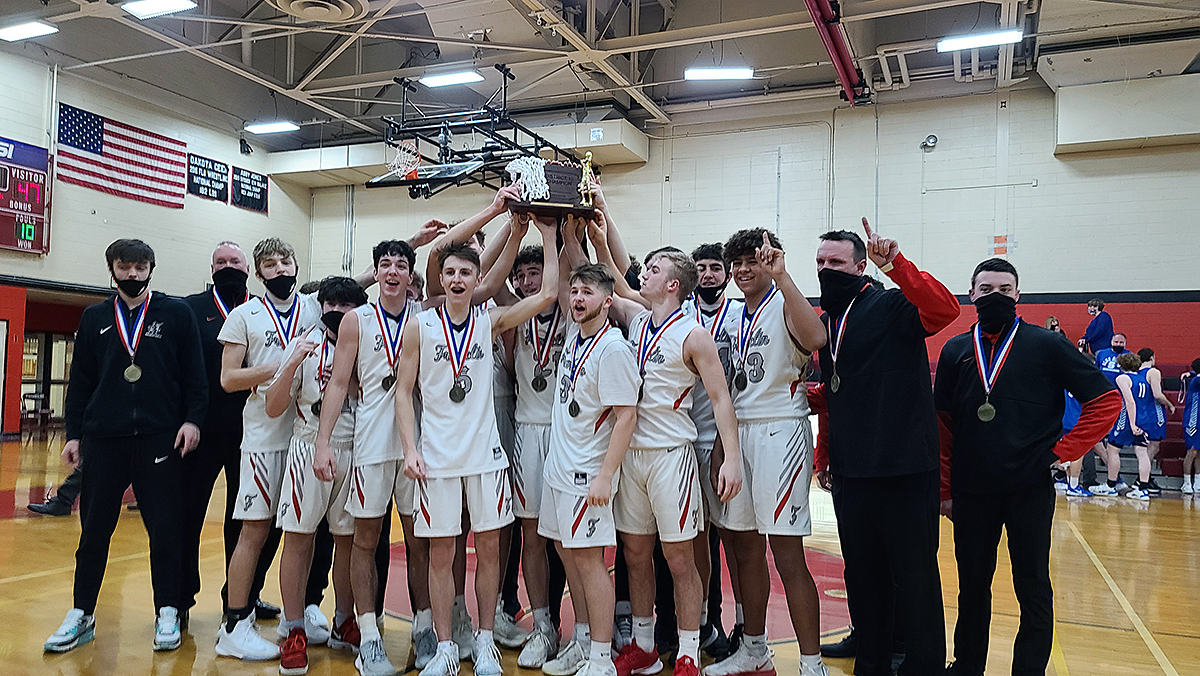 Franklin entered the District 10 Class 3A Boys Basketball Tournament as the No. 1 seed.

It was an accomplishment the Knights had absolutely earned after going 16-6 overall and 11-3 in Region 4. That schedule included a pair of games against eventual Class 4A state runner-up Hickory (the Hornets won both contests by a combined nine points), a 1-point overtime loss to D10 Class 2A champion Kennedy Catholic, and region opponents Sharpsville, Greenville, and Grove City.

Franklin was battle-tested, to be sure. That grueling schedule prepared the Knights for what they would face in the D10 championship game against Sharpsville.

Despite falling to the Knights twice in the regular season (by 10 and 20 points), the Blue Devils came into the game with a ton of momentum having won their last four contests by at least 10 points.

The game was a back-and-forth contest throughout.

In the fourth quarter alone there were three ties and two lead changes.

Sharpsville proved up to the task throughout the contest and held the lead, 47-44, following a 7-0 run that ended with 2:24 left to play.

Then, as he had all season, Easton Fulmer gave the Knights a spark with a 3-pointer that tied the game and started a 12-0 run that clinched the District 10 title.

Fulmer’s 3-pointer was his third of the game (his 1,000th career point was part of his game-high 22 points on the night). Hayden Adams put the Knights in front for good with a field goal with just under two minutes remaining and Luke Guth and Fulmer went 3-4 from the line as Sharpsville started fouling to extend the game. Guth’s bucket with seconds remaining sealed the win.