Top 25 Countdown No. 17: Burda and Doyle and a Bucket Full of Points 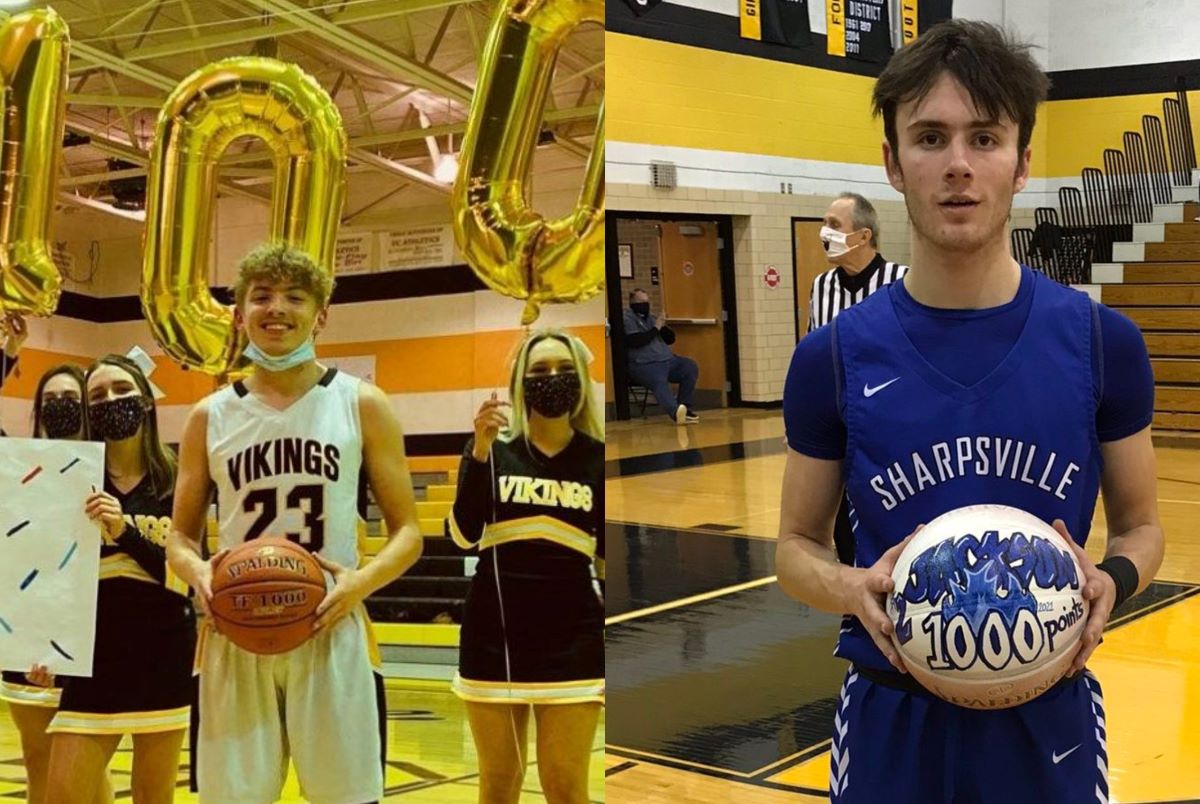 Scoring 50 points or 45 points in an NBA game is one thing, doing the same thing in a high school game that is a full 16 minutes shorter than the pros is something entirely different.

Burda became just the third player in District 9 in 20 years to score at least 50 points in a game when he netted 52 in an 80-55 win over visiting Forest Area Jan. 26.

To make the night extra special for Burda, who joined Kane’s Andrew Buchit and Johnsonburg’s Calvin Grumle in the 50-point club in D9 since 2001, he reached his 1,000th career point.

And getting to a 1,000 that night was far from a guarantee considering the senior needed 46 points to reach the mark. In fact, he said he wasn’t even thinking about scoring his 1,000th point when the night started.

But the sharpshooter, who added eight rebounds and four steals, realized in warmups that he might have the hot hand and then proceeded to score 35 first-half points, including 20 in the second quarter.

Needing 11 for the milestone, he reached it on a 3-pointer late in the third quarter and then added six more fourth-quarter points.

Burda is only the eighth-know D9 boys’ player to score 50 points in a game.

Doyle may not have reached 50 points, but he had a performance of a lifetime in one of the most critical points in the season.

In the District 10, Class 3A quarterfinals, Doyle erupted for 45 points to lead the Blue Devils to a 67-57 win over Erie First Christian.

Twenty of Doyle’s points came in a critical fourth quarter.

Sharpsville opened the fourth up by just two but was able to pull away thanks to Doyle’s heroics.

The 1,000-point career scorer scored 29 of his 45 points after halftime and hit 4 3-pointers in the contest while going 11 of 14 from the free-throw line.