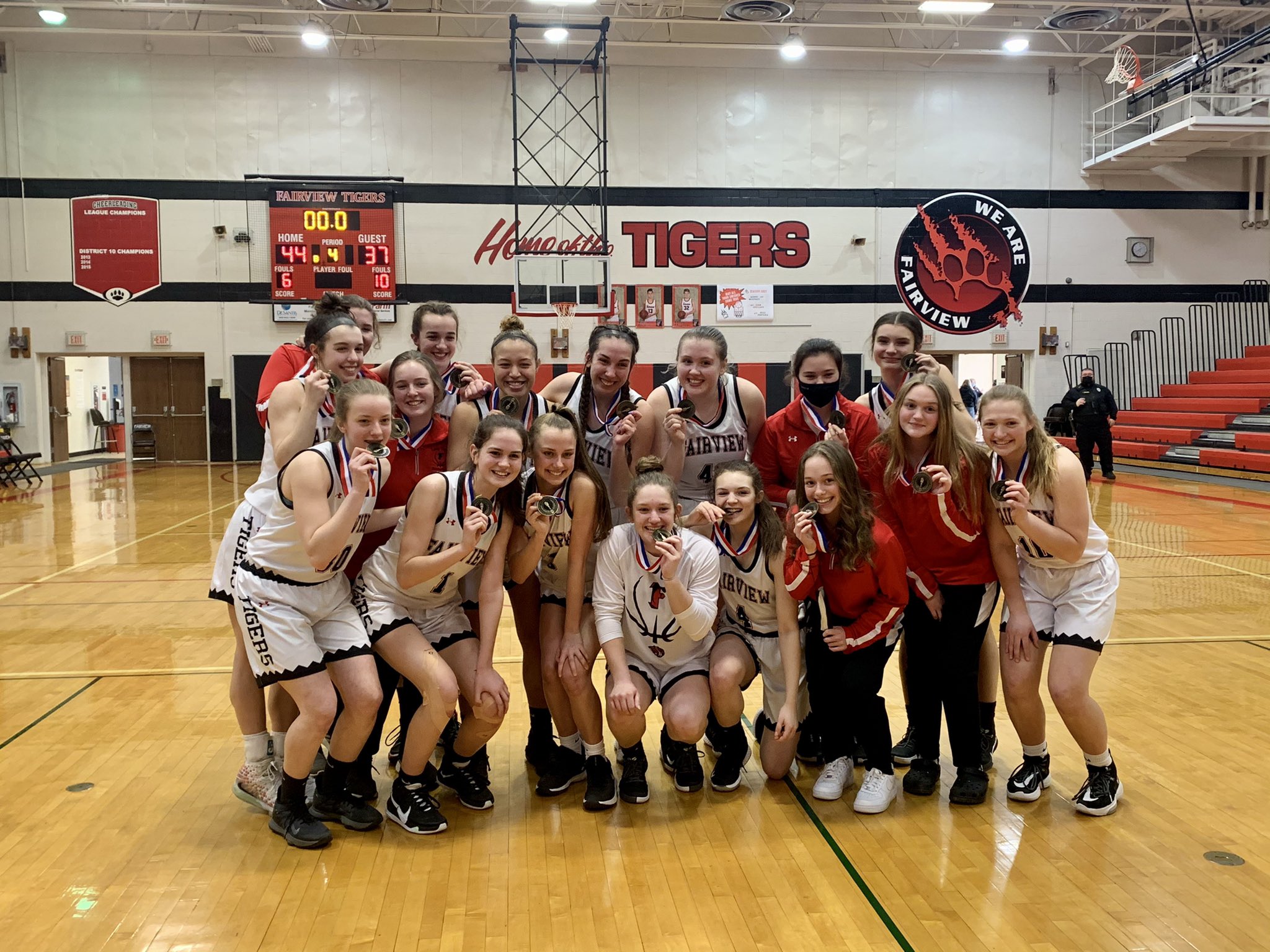 The Fairview Lady Tigers used an intense brand of defense to suffocate their opponents in 2020-21. Because of that swarming defense, they made history, capturing the first District 10 title in program history.

The Lady Tigers got to call themselves District 10 champions, courtesy of a 44-37 victory over Lakeview in the Class 3A title game. It was a game that, despite giving up just the 37 points, was 12 over their season average for points allowed.

In the D10 title game, Fairview trailed 20-19 at halftime, only to outscore the Sailors 25-17 in the second half, showing that they were clutch as well as gritty. Garrity had 21 points in the game and Gennuso 12

The Lady Tigers gave up just over 25 points per game as a team. Their only losses in the regular season came to Class 5A champion Warren and Mercyhurst Prep (twice). The two losses to the Lakers came by a combined seven points.

In reality, their wasn’t much separating the Lady Tigers and perfection on their way to the D10 crown.

The Lady Tigers opened their playoff run with a 35-20 quarterfinal win over North East followed by a 36-16 win over Greenville in the semifinals leading up to the showdown with Lakeview for the title.