Top 25 Countdown No. 12: Throwing, Running and Vaulting to Gold 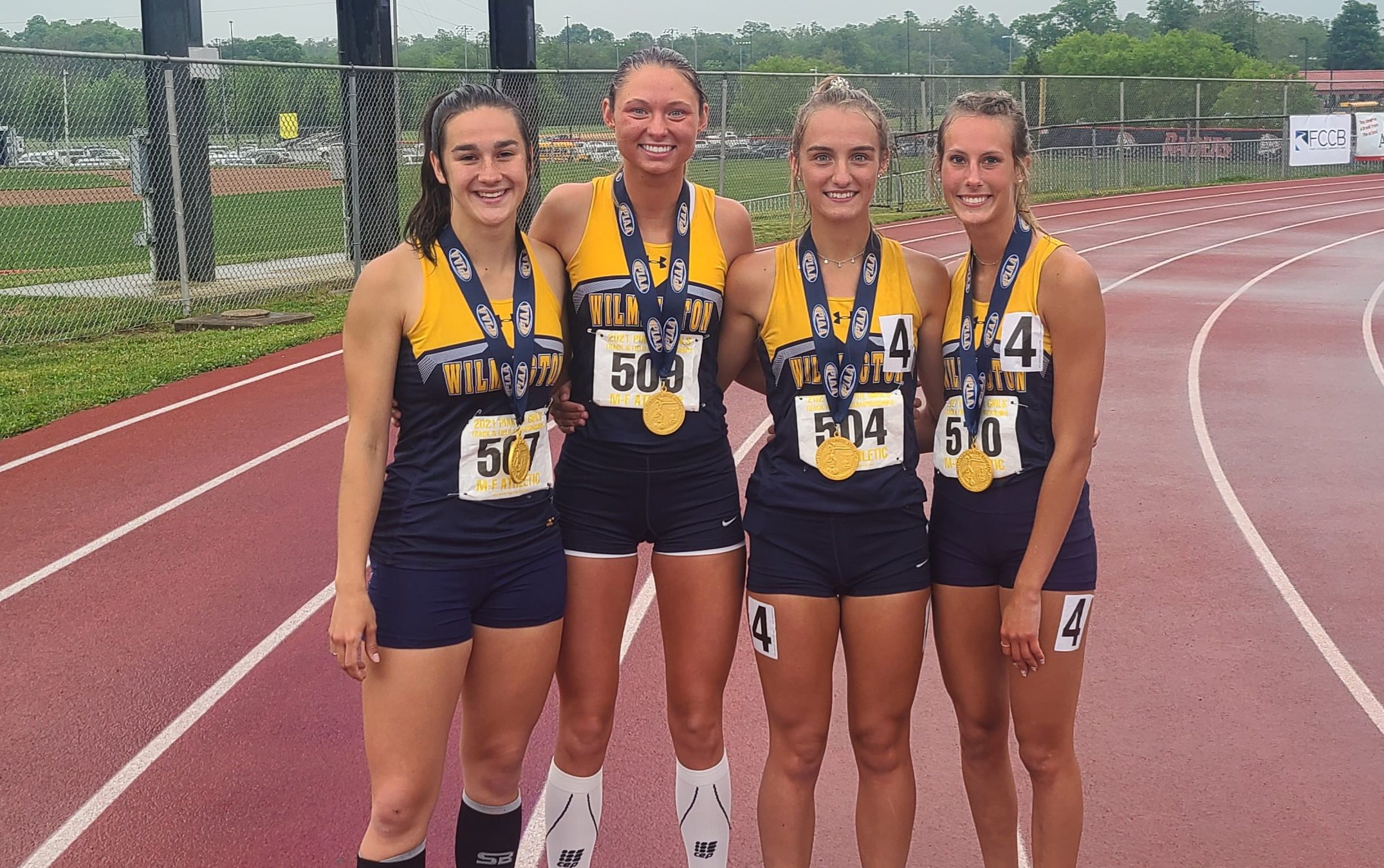 No. 12: Throwing, Running and Vaulting to Gold

Track and Field is a unique sport, an individual battle wrapped up within a team setting.

District 10 had plenty of great teams and athletes, several of whom stepped up in the sport’s biggest stage in Shippensburg. As a result, they stepped to the top of the podium as state champions.

Lightcap, as well as the Wilmington 4×400 team, had to fight through the raindrops at day’s end, adding to the drama of their crowning achievements.

Vass-Gal came in as the heavy favorite, showing some nerves with a pair of early scratches. There’s nothing quite like some encouraging words from mom, however, and that’s what Vass-Gal got. He stepped up when it mattered most, like the great ones do, unleashing a throw of 62-6 1/14 to take his spot atop the podium.

Ackerman, like Vass-Gal, went to Shippensburg as one of the favorites. Ackerman, who will be competing collegiately at Oregon State, showed exactly why. She uncorked a throw of 147-6 to win her gold medal, more than seven feet more than she threw at the District 10 championships. Yet another premier D10 athlete rising to the occasion when it mattered the most.

Lightcap was in rare air, literally. Along with Brody Myers of Camp Hill, they were the only two competitors to clear 14 feet.

And, while Lightcap has forged a good relationship with Myers, he nevertheless realized what it meant when Myers the bar came off on Myers’ third and final attempt. Lightcap saved his best for last, clearing the 15-foot mark in his third attempt.

“I love (Myers) to death, but when I saw him touch the bar, I was psyched, but at the same time I felt that because I wanted to go up to the bigger height with him,” Lightcap said afterward.

The rain was steadily coming down as the 4×400 relay teams took the track for the final event.

Martineau, Mason, Book and Miles ran a 4:03.38 to win the District 10 championship, and remarkably improved upon that time, despite the conditions.

It put the finishing touches on what was a golden day for District 10.