Top 25 Countdown No. 11: Heath Passes a Legend for Most Wins in CCL/KSAC History 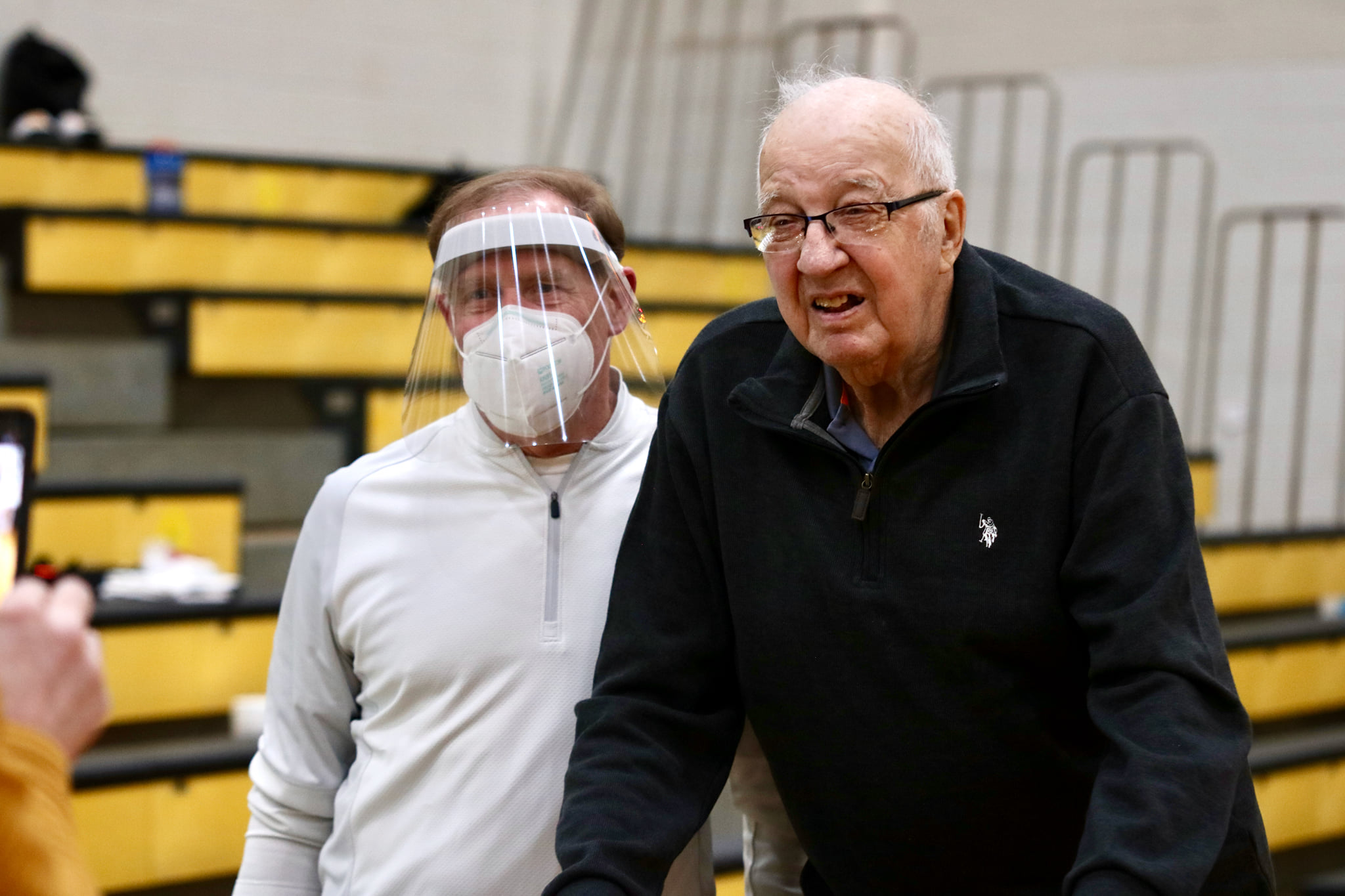 When Greg Heath started coaching boys’ basketball at Keystone High School in 1985, the last thing on his mind was reaching the rarified air that Union head coach Don Stemmerich resided in.

Stemmerich, who was still coaching the Golden Knights when Heath took over the Panthers, finished his illustrious career with 638 wins compared to just 288 losses in 38 years of coaching.

In 1986, Heath wasn’t even sure he was going to get a third year of coaching let alone ever have a chance at 638 wins.

“I didn’t even think about any of that at that time,” Heath said after a 59-32 win over Cranberry Feb. 23 that tied Stmmerich’s mark. “You are just thinking survival then. You kind of start to doubt yourself after two seasons like that. But I wouldn’t trade those two seasons for anything. It was an important learning process for me. I really, really enjoyed the players on that team.”

But the school stayed with the young coach, and that proved to be beyond the right decision.

On Feb 25, 2021, Heath surpassed Stemmerich for the most wins ever in the Clarion County League/KSAC with a 61-55 win over Clarion-Limestone.

By the end of the season, Heath had a career record of 642-291 in 37 seasons and stands second in District 9 in career wins behind the legendary Aaron Straub, a contemporary of Heath, who won his 900th career game during the 2021 season. Heath has won nine District 9 titles in his 37 years at Keystone while taking the Panthers to 14 title games.

After tying Stemmerich’s mark, Heath said it was an honor to be mentioned in the same breath as Stemmerich.

“In my book, Coach Stemmerich is the best,” Heath said. “He was not only a great coach but a great man. I learned an awful lot coaching against him. I put him on a pedestal. I really do. He is terrific.”

In a show of how much he respects Heath, Stemmerich came to a Keystone game a few nights after Heath topped his record to honor the Panther head coach.

“This is really an honor for me,” Stemmerich said that night. “I don’t think you realize how much I admire Greg over the years. He has always been a gentleman and a good coach. He might get 1,000 (wins). He might keep going for a while. It is an honor to be here tonight and give my respects to you.”

Perhaps one of the most interesting factoids with Heath topping Stemmerich’s record was that it took him exactly one more game to reach 638 wins than it took Stemmerich. At the time Heath tied Stemmerich’s record, he was 638-239 compared to the 638-238 record by the old Union boss.