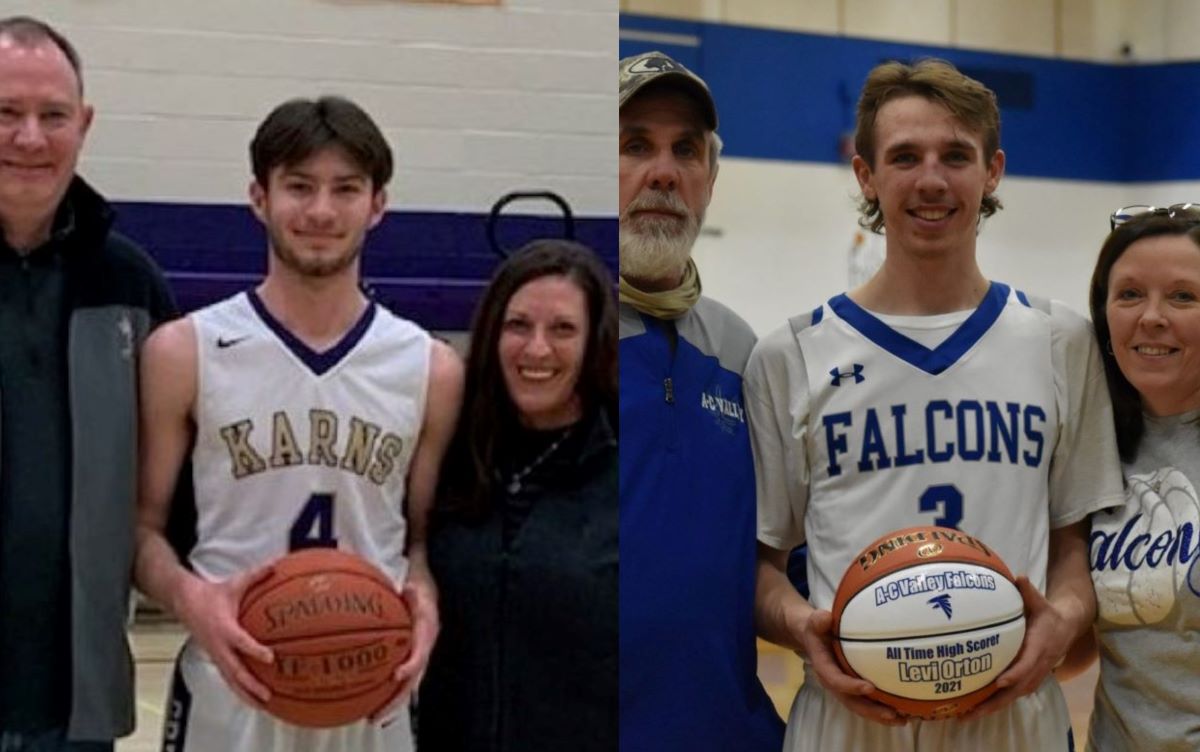 It’s a rare achievement when a school’s career scoring mark in any sport is broken. It’s even rarer to have two neighboring school districts watch their school marks in boys’ basketball set in the same season.

The school mark fell on a second-quarter layup pushing Orton past Sean Foust (2006) for the school mark. Foust scored 1,632 career points. Orton, who finished with 32 points in the record-setting game, ended his career with 1,703 career points, the 19th most in District 9 history. He was also the leading scorer in District 9 on the year averaging 27.6 points per game while being named a first-team D9and10Sports.com All-District 9 member powered by All American Awards & Engraving.

Beighley’s school record came a couple of weeks earlier on Feb. 23, against A-C Valley of all teams, when he hit a 3-pointer early in the second quarter.

That triple pushed Beighley past Tyler Callihan (2005), who finished his career with 1,554.

Beighley, who ended his record-setting night with 20 points, seven assists, six steals, and two rebounds, ended his career with 1,697 career tallies while helping Karns City to the District 9 Class 2A championship in 2021. Beighley averaged 19.1 points per game on the season and was a first-team D9and10Sports.cm All-District 9 selection powered by All American Awards & Engraving.

Top 25 Countdown No. 24: Clarion’s Unexpected D9 Boys’ Hoops Title
We use cookies on our website to give you the most relevant experience by remembering your preferences and repeat visits. By clicking “Accept All”, you consent to the use of ALL the cookies. However, you may visit "Cookie Settings" to provide a controlled consent.
Cookie SettingsAccept All
Manage consent