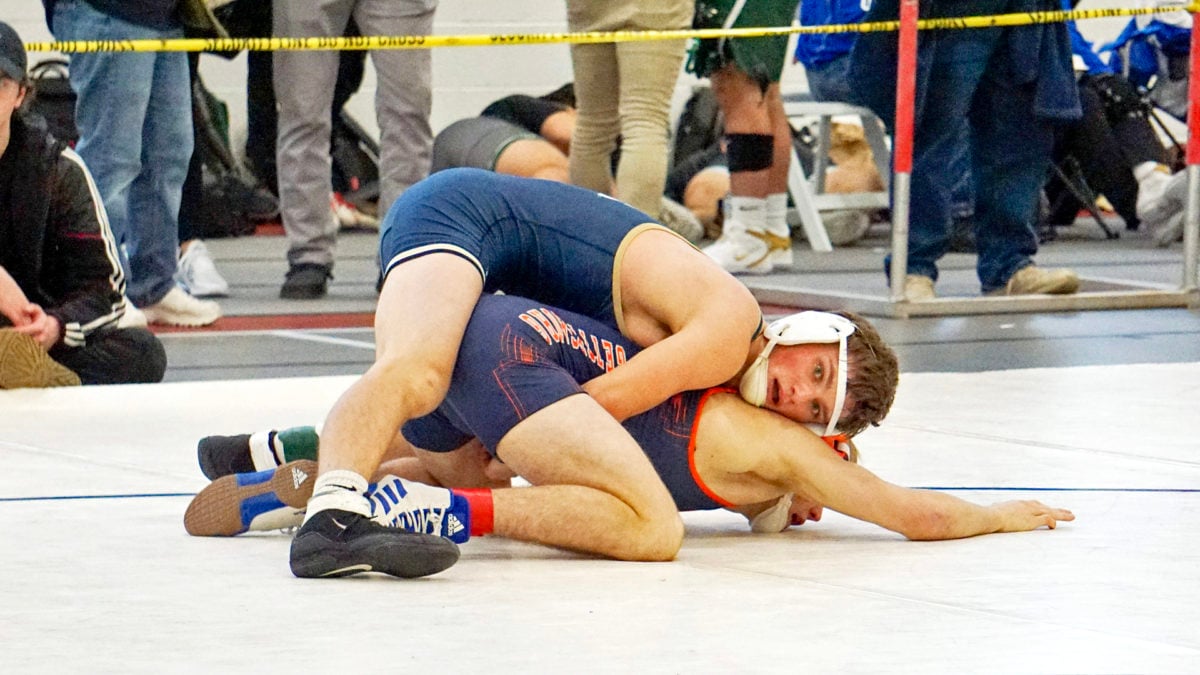 GREENVILLE, Pa. – Titusville graduate Hunter Thompson was named the Presidents’ Athletic Conference Wrestler of the Week for Thiel, while his teammate Austin Parker, a Maplewood alum, earned PAC Rookie of the Week honors for the week of Nov. 15-21.

Thompson finished the week undefeated at 4-0 between two events. On Saturday, Thompson won the 133-pound bracket at the Baldwin Wallace Invitational. He pinned Delaware Valley’s Rashad Stratton in 3:42 before beating Baldwin Wallace’s David Panda by technical fall (18-3, 3:17) to advance to the finals, where he won by major decision over Baldwin Wallace’s Jaden Hinton, 13-3. On Wednesday, Thompson pinned Grayson Smith in 2:24 to earn six team points for the Tomcats in a 38-6 non-conference dual win over Hiram.

Parker placed seventh in the 141-pound bracket at the Baldwin Wallace Invitational on Saturday. He finished the day at 3-2. After losing his first match, he went on to go 3-1 in the consolation bracket to clinch seventh place.

Conneaut Grad, Clarion University’s Snider Tabbed PSAC West Volleyball Rookie of the Year
Meadville Graduate Foster of IUP Named PSAC West Men’s Basketball Athlete of the Week
We use cookies on our website to give you the most relevant experience by remembering your preferences and repeat visits. By clicking “Accept All”, you consent to the use of ALL the cookies. However, you may visit "Cookie Settings" to provide a controlled consent.
Cookie SettingsAccept All
Manage consent