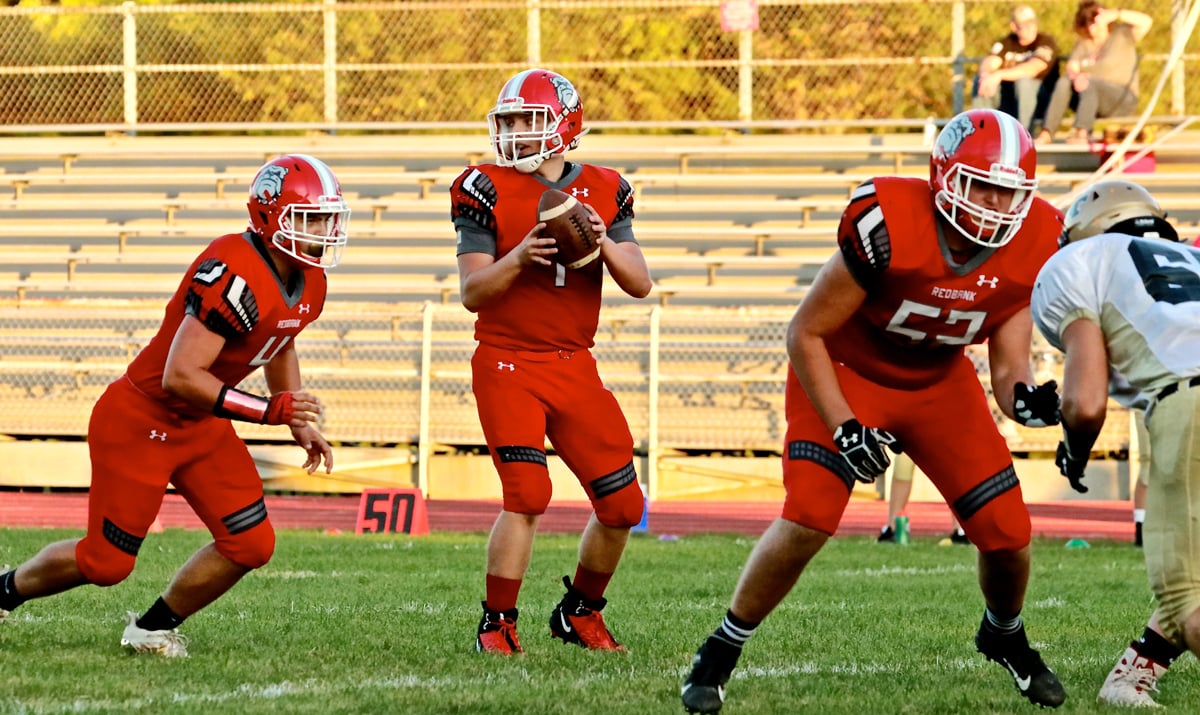 NEW BETHLEHEM, Pa. — For the third time in nine schedule weeks dating back to the end of last season, the Redbank Valley Bulldogs and Union/A-C Valley Falcon Knights square off on a football field.

The third matchup is Thursday night at Redbank Valley High School with a 7 p.m. kickoff. It’s a renewal of a rivalry that saw a season split a year ago. The game can be watched on D9and10Sports TV via Facebook Live with the airtime being 6:30 p.m. and listen to on D9and10Sports.com Radio.

In the regular-season game at New Bethlehem, the Falcon Knights stopped the Bulldogs in a 28-7 win. But in the Class 1A playoffs a few weeks later at Clarion University’s Memorial Stadium, the Bulldogs avenged the loss with a 32-6 win.

This time around, both teams are unbeaten, the Falcon Knights 3-0 with wins over Brockway (37-7), Keystone (14-7) and Curwensville (45-0). The Bulldogs opened wins over Curwensville (44-0) and Brockway (21-7) before last week’s canceled game with Sheffield. Next Friday, the Falcon Knights are replacing their Sheffield week with a trip to the WPIAL’s South Side Beaver.

With the recent announcement of the District 9 playoff plan (See Story Here), the game certainly sets the tone to how Class 1A will play out among the Southern Region teams. It’ll be a battle for two spots between the Bulldogs and Falcon Knights, and Keystone. The Falcon Knights beat the Panthers earlier and the Bulldogs travel to Keystone next week.

Both teams have quarterbacks who didn’t play or play that position in their two meetings last year, Tanner Merwin for the Falcon Knights and Gunner Mangiantini for the Bulldogs. Mangiantini suffered a season-ending injury the week before their regular-season game last year.

So far, Merwin has adapted well to his new position, completing 21 of 36 passes for 245 yards and two TDs against two interceptions while running for a team-high 173 yards and four TDs.

Rainey is the top receiver with nine receptions for 130 yards while Karter Vogle (6-70) has caught both of Merwin’s TD passes.

For the Bulldogs, Mangiantini has completed 16 of 25 passes for 220 yards and five touchdowns against one interception while rushing for 75 yards and a TD.